The United States of amnesia!

U.S. senators out of touch with U.S. labor force interested in taking on jobs of seasonal ag workers.

The United States of amnesia! 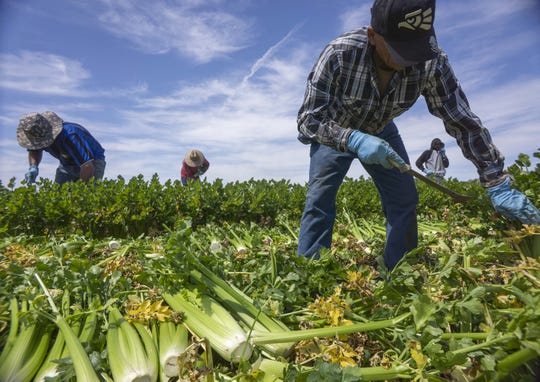 Migrant farm workers harvest a celery crop in Yuma, Az. A labor shortages is forcing U.S. farmers to cut production . . . which means more of what consumers eat will have (to) come from countries with far less stringent food safety and environmental standards. (Photo: Nick Oza/The Republic)

Gore Vidal once declared the US, “the United States of Amnesia, we learn nothing because we remember nothing.”

In a May 7th letter, U.S. Senators Cotton, Cruz, Grassley and Hawley asking President Trump, “to suspend all new guest worker visas . . . for at least the next year, or until unemployment has returned to normal levels.”  They are targeting the elimination of seasonal worker visas for laborers that help producers, and allied industries (e.g., fencing, irrigation, etc.), provide Americans with affordable domestic food products.

Unintendedly, the letter suggests an unfamiliarity with agricultural field work and seasonal worker regulations. Production of plant and animal commodities is the most variable and complicated of all human endeavors. It does not adhere to government diktats. And, H2B regulations require that Americans be given the right of first consideration and refusal for seasonal jobs.

Vincent "Zippy" Duvall, president of the American Farm Bureau, stated in a CBS interview, “They (producers) try to hire American workers, but there are not many takers – and those who do take farm jobs often quit before the season is over.”  He also said, “labor shortages are forcing farmers to cut production . . . which means more of what we eat will have (to) come from countries with far less stringent food safety and environmental standards.”

Vidal’s remark now taunts us. The senators’ letter contains an inanity of historical interest, “There is no reason why these young people [high school and college students] should not have access to seasonal . . . work . . . before those positions are given to imported foreign labor under the H-2B program.”  Consequently, a solution for an ag-labor shortage that brings to mind different singers of the same old tune.

In 1965, Secretary of Labor Wirtz announced a replacement to the “Bracero Program.” Wirtz’s brainchild was the “A-TEAM or Athletes in Temporary Employment as Agricultural Manpower” because the elimination of the Bracero Program had caused an agricultural labor shortage.

With crops rotting in the fields, Wirtz decided that virile young Americans could do the work of Braceros. But, Wirtz “didn’t want just any (high school) band geek or nerd – he wanted ‘jocks.’” Promptly, the Departments of Labor, Agriculture, and the President’s Council on Physical Fitness “purchased advertisements on radio and in magazines to try to lure lettermen” by declaring, “Farm Work Builds Men!”

The “jocks-for-ag” plan was dubious. The Detroit Free Press’ wrote, “Dealing with crops which grow close to the ground requires a good deal stronger motive” than money or muscle building. It requires “gnawing hunger.” Predictably, the jocks quickly fled the fields because of the hard labor required. “The A-Team was considered a giant failure and never tried again,” it was buried in history’s bins or until 2020.

One A-TEAM survivor, Randy Carter, recalled at a group reunion, “We went through something you can’t explain to anyone, unless you were out there in that friggin’ heat.” He noted, “It could only be lived.”

Will today’s youth rush to the fields? Will the senators’ adoption of an old Democratic playbook work today?

As to those seasonal workers that do the hard work, why do they do it? Carter answers, “There is nothing you can say to us that (immigrant laborers) are rapists or they’re lazy. We know the work they do. And they do it all their lives, not just one summer for a couple of months. And they raise their families on it.  Anyone that ever talks bad on them, I always think, ‘Keep talking, buddy, because I know what the real deal is.’” 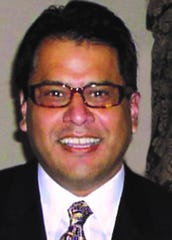 A. Mario Castillo is a former chief of staff of the U.S. House Agriculture Committee