AFBFF President: The estate tax was meant for the truly rich, not people like us.

House Republicans unveiled a sweeping tax reform bill on Wednesday that promises to cut taxes and simplify the tax code, but also cuts some popular deductions and credits. (Nov. 2)

Many people think the estate tax is for high rollers. An individual exemption of $5.5 million should be more than enough for anyone, they say. But things are a little different for farmers. We are land rich but cash poor.

According to the 2012 Census of Agriculture, 22% of the farms in Iowa were 500 acres or larger — more or less the size farmers will need to make a full-time living on their own property. At $8,100 an acre, that means $4 million in land plus several hundreds of thousands of dollars in equipment, seed, fertilizer and other inventory just to make $75,000 a year or so.

And that’s in a good year: Right now, commodity prices are depressed, which means far less income to the farmer. Even an exemption of $11 million means owning land that can produce maybe $160,000 a year. That’s not a trivial income, but it’s hardly the sort of cash that demands a tax designed for the truly wealthy.

Many farmers play defense. They establish trusts, buy life insurance or make gifts to their families while they are still living, but this comes at a high cost. That money would be better pumped back into the farm. And that’s our biggest issue with the tax: endless expenses and legal maneuvering that accomplish nothing of value. All this happens so farmers don’t have to sell the farm piece by piece to pay the IRS.

The vast majority of farmers and ranchers come from multigenerational agriculture families for the simple reason that land and equipment is very expensive. Assets like those return much, much less than a similar portfolio of stocks and bonds would.

And land is not just low-performing as an investment, but difficult to sell, too. The estate tax means passing the family business on from one generation to the next remains a challenge for too many farmers.

The estate tax was meant for the truly rich, not people like us.

Zippy Duvall is president of the American Farm Bureau Federation. 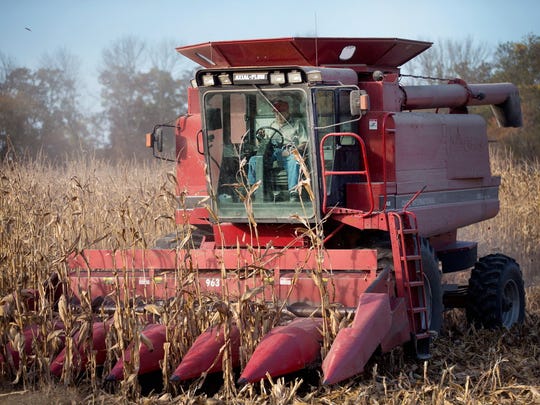