Farm & Industry Short Course was answer for many farmers

Farm & Industry Short Course was answer for many farmers 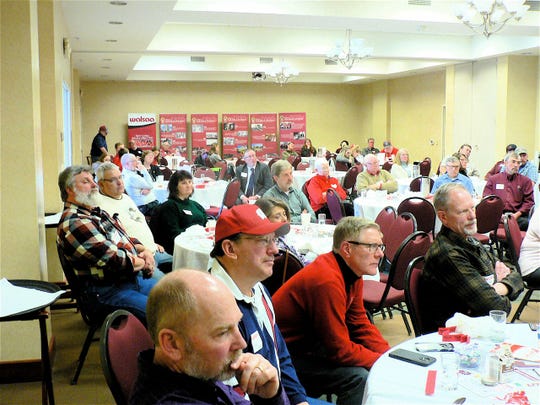 Reunions are all about memories, listening and talking. (Photo: John Oncken)

Alumni and friends of the University of Wisconsin Farm and Industry Short Course gathered on January 25th for the annual Farm Short Course reunion. The crowd of about 100 was a bit smaller than in previous years but nevertheless happy to meet old friends and talk history – past and present.

Farm and Industry Short Course is unique to Wisconsin as a non-four year degree agricultural program “offering practical agricultural educational instruction and real world experience from academic and industry professionals at the University of Wisconsin.”

Over my many years of talking with and interviewing farmers and ag industry people, I’ve concluded that if all the Farm Short Course graduates now involved in Wisconsin agriculture didn’t work for one day, our industry would come to a screeching halt. It has been the premier ag education experience for farmers, potential farmers and farm service workers. And it all got started in 1885.

One hundred thirty five years is a long time but that’s how long it’s been since that first class of 19 students attended the new and revolutionary Farm Short Course class at the UW-Madison to pursue their farming education and ambitions. The year was 1885 and these young men wanted to learn more about farming but did not want to spend four years of time and money to do so.

The program grew from eight courses then to the dozens of courses now taught over a 16-week period that includes seminars, tours and workshops. 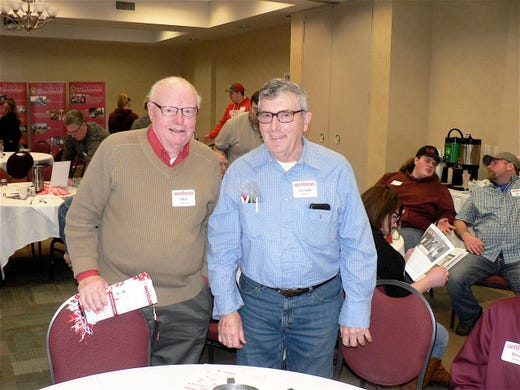 Reunions are all about memories, listening and talking. John Oncken
Fullscreen 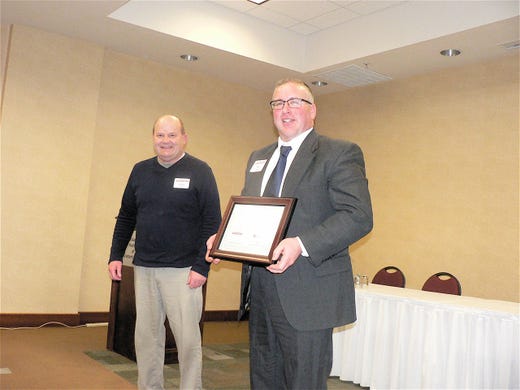 Bob Behnke of Brooklyn was honored for his work with ag alumni programs. John Oncken
Fullscreen 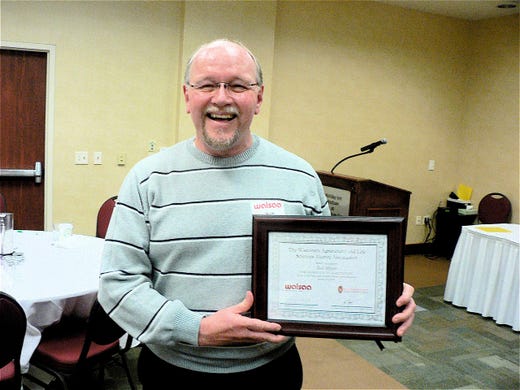 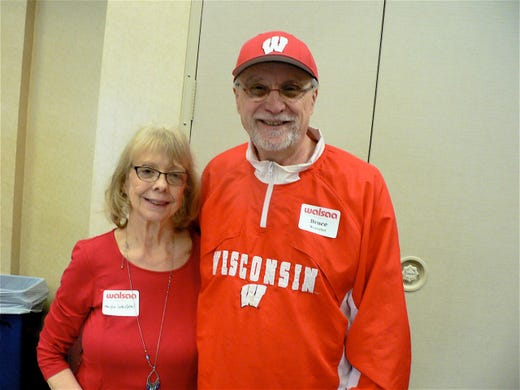 John Dopp of Almond graduated from the Short Course in 1949. John Oncken
Fullscreen

The history of the now UW College of Agriculture and Life Sciences (CALS) and the  Farm and Industry Short Course is long and interesting. It began in 1880 when UW President John Bascom assigned Dean R.A. Henry the task of establishing a College of Agriculture as part of the existing University of Wisconsin. Henry had little to work with except some small acreage of farmland and the mandate to establish a training program that would be useful to young farmers. 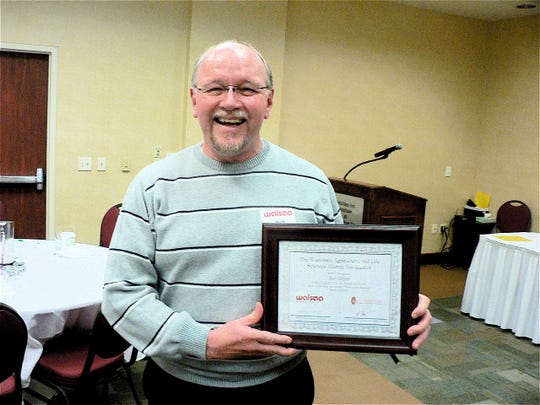 At the time young men were not clamoring for college training, nor were operating farmers asking for what later became Extension services. Henry summarized: “I found, upon coming to the state university, that we had no agricultural department, unless you can call a farm an agricultural department. We had no buildings, we had no room even in the building, we had no museum, we had no appropriations excepting the farm…as for the education of the farmer, since there was not a young man in the institution studying agriculture, I felt that I was wholly alone in my work”.

In 1885, the University of Wisconsin Regents accepted the report of a two-man committee of William T. Vilas, a “lawyer of high degree”, and H.D. Hitt, a farmer from Oakfield, who was a prominent Granger. Their recommendation was “that a shorter course for the winter months confined to the term of two years, would be more popular and appropriate”. This report was unanimously adopted, and the Farm Short Course (as it was then called) was mandated on Jan. 20, 1885. 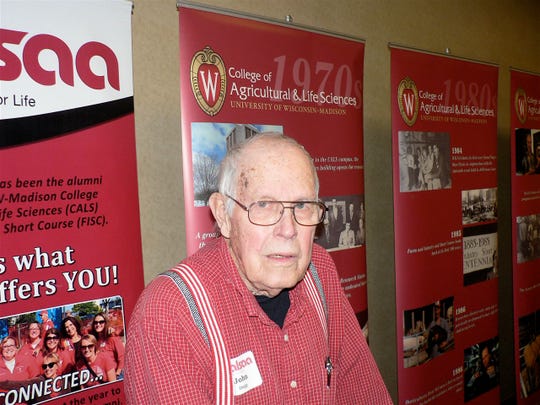 John Dopp of Almond graduated from the Short Course in 1949. (Photo: John Oncken)

The Short Course was the first strictly agricultural course to be given in the state, and was in session by January 1886. The course covered a period of 12 weeks and embraced 60 lectures, each on some phase of agriculture. The faculty consisted of four instructors from four departments: Botany, Horticulture, Veterinary Science and and Chemistry.

The program was designed to make these courses useful to those whose means and time were limited, and who wanted the knowledge to successfully conduct a farm business. The courses were made up so all the work was completed in one winter’s term, but anyone so desiring, might devote his whole time to any one of four specialties offered. 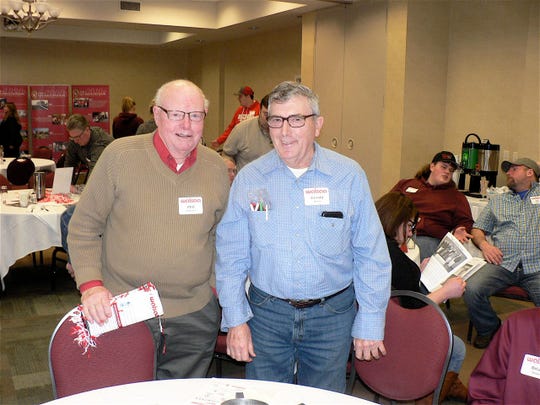 Maybe...A farm boy or girl, a senior in high school who is interested in farming and is already a regular part of the family farming operation, who realizes that education is important if you want to make farming your career but aren’t really interested in getting a four-year college degree.

Maybe... Again a  boy or girl, a senior in high school but live in town. You have visited your grandparent’s farm and have done some seasonal fieldwork like driving tractor during haying and some winter machinery repairs in the farm shop for them. 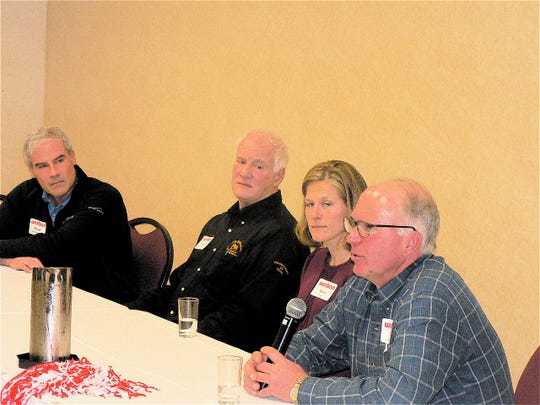 Maybe...You are a high school senior but you’re not really sure what direction to take after graduation. You like agriculture and think that might be something to pursue but don’t see getting a four-year degree as something you want to begin – at least right now.

Maybe...You are out of high school for several years and in a quandary, sort of like to go to college but don’t have the time or money, but are unsure if you would like college life and your dad is still a few years from a planned retirement and needs you to help out on the farm.

I do believe that most of the successful farmers or ag supplier employees who attended Farm Short Course faced one or more of these challenges and found their answers in their Short Course experiences. (Ask Charlie, Tom or George Crave of the well known Crave Brothers dairy and farmstead cheese factory.)

I’ll admit to being a fan of the Wisconsin Farm and Industry Short Course (FISC) but am more than a bit concerned about the relatively small crowd attending the recent reunion.  I look back at some past such gatherings that I have written about and noted crowds of 200 to 450. Then when current FISC director Jennifer Blazec mentioned that this years' student body numbered just 53 my concern deepened.

Why the decrease in student numbers? The economy? The decline in farm numbers?Current labor shortage? Maybe those are also reasons why the program should be flooded with students. Call Jennifer at 608-263-3918 or go online at UW Farm and Industry Short Course for information.

It’s a great educational experience and should be growing with gusto!