The Creamery Brook of Donbridge

A deal struck on the banks of a small brook saved New England's largest milking herd.

The Creamery Brook of Donbridge 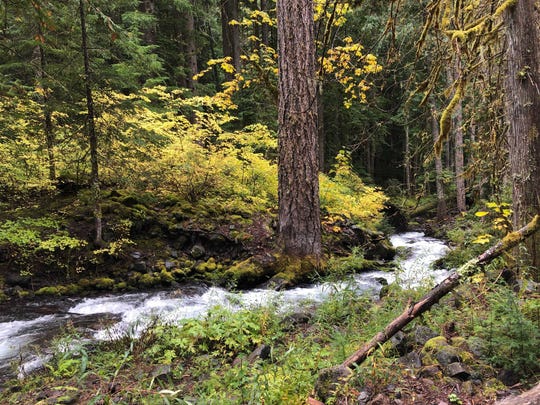 Pamelia Creek runs along the west side of Mt. Jefferson. (Photo: Bobbie Snead / Special to the Statesman Journal)

Out for a spring walk, my brother and I finally reached our destination, my grandparent’s house. My brother Jasper held tightly to an Easter Lilly which we had just purchased from the greenhouse business next store.  Walking in the driveway, the sound of the clothes line pulleys screeched through the valley. As the last sheet was pinned she sent the clothes out as far as the line would go and then she shut the porch window from which she hung the laundry.

“How are ya?” she said as she saw us standing in the doorway of the porch.

“Surprise!” we said holding up our Easter Lilly to her.

“Oh you shouldn’t have done that. Save your money!” she reminded us as she took the plant with joy.

“Hello there Michael and Jasper!” my grandfather said as he walked in behind us.

“Look what they got for us Raymond” Jules said as she smiled at the Fragrant Lilly.  “Come on in the Kitchen. I just finished baking a chocolate pie.”

My grandmother moved about the kitchen which adjoined the porch, grabbing plates and setting the table.

“It took a lot of cream to make that pie!” Grandma Jules said as she pulled out a pie server. “It was most fortunate that the store had cream today.”

Looking at her in a strange manner, my brother Jasper asked, “How could you be out of cream?” My grandmother paused and soon a story came to her mind which she most certainly shared.

After years of farming, The Mapes Family of Donbridge had had enough and looked forward to retirement. Ana Mapes was the last living granddaughter in the family line and for her it was a depressing moment as four generations of Mapes had farmed the Valley of Donbridge and now, it was all coming to an end by means of an auction.

“I have twenty dollars, now twenty two, twenty two looking for twenty five…going once, going twice…Sold to number 26!” Mr. Sorrensen said as two men moved a plow out of the way making room for the next item.

The auction went on for some two days. Finally, the last item was of great importance to the last remaining farm of Donbridge, The Tanner Farm.

Presently, their Red and White Holstein herd was now 500 strong and produced enough milk to supply the entire Hudson Valley. But for all of its grandeur, a factory opened in the town which wanted to make cheese for all of New England and in order to land the contract, the Tanners knew they would have to acquire all of the Mapes Herd.

At the start of the Auction for the herd began, an astounding number rolled from Mr. Sorrensen’s mouth “Do I hear $1.5 million dollars for the entire herd?”

The instant he spoke the number a wave of astonishment rippled over the town folks in attendance. No one in the town had ever heard of such a number for dairy herd.

“I’m sorry folks, these are new glasses I have on, you have to forgive me” he said as the crowd began to laugh.

But the Tanner brothers were not laughing. In fact, John Tanner almost raised his hand and would have owned that bid if it was not for his brother Robert who grabbed his brothers arm and held it down.

The town was still silent. 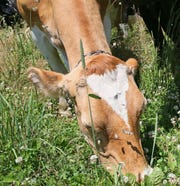 At that moment, the mystery man bid again and at that moment, John Tanner, whom was not accustomed to losing, stood up and stated, “we will pay $450,000 for the entire herd.”

At that point the auction had ended and the crowd began to drift away. John and Robert were still seated in the chairs thinking about their grand herd and more importantly just how much it cost them. The Tanners had just purchased 1,000 cows and now would be the largest dairy farm in all of New England.

Months went by and more auctions took place across New England as the Tanners now controlled so much of the milk market that no other farmers could compete with them.  But alas, something happened that almost jeopardized the Tanners entire production.

Refrigeration was key to keeping milk from going bad and so the Tanners, having known this fact, had built a massive ice house which had a large vast tank capable of holding the entire herds' production for three straight days. The ice held its form during the summer and lasted until the first of the new winter ice formed.

But as Summer had reared in, the Tanners and all of New England experienced a massive heatwave with temperatures reaching 110 degrees for 15 straight days. The Tanners panicked as the Ice House started to melt in the blistering sun.

Worried about the loss of their milk, the Tanners went to the town to see if anyone had ice to spare, but none was to be had.

Walking back to their dairy, they saw a man walking toward them. Robert immediately recognized him.

“Hello gentlemen” the man said, tipping his hat to them.

The brothers recognized the man from the auction who had been bidding on the herd against them. The Tanners held their hats in their hand and explained their plight.

The man smiled and said, “You know I think I have a solution for you folks. You see, I represent all of the farmers of New England who lost their farms over the past year as you boys have increased in herd size. That said, we formed a bit of real estate group and purchased tracts of land, specifically all of the land that neighbors the rivers."

"Now, as I understand there is a massive brook that runs through Donbridge and it just so happens my group purchased that land near the Brook.”

Before the man could finish, Robert Tanner began to realize where the man was going.

“Well sir, I see you have a solution to our problem. How much to rent your brook?” Robert asked.

The man smiled and pulled them aside and worked out a deal upon the shores of the small waterway. The next day, the entire stock of milk was hauled into jars and sank into the brook where no milk had spoiled as the babbling waters kept the milk cool from that day forward.

When my grandmother finished her tale, a rapping at the door echoed in the kitchen.

“I better see who that is” my grandfather said as he got up from his chair.

When he came back to the table he handed my grandmother a jar of cream which read Creamery Brook since 1835. My brother and I just looked at each other dumbfounded that yet another one of our grandmother’s stories held water. 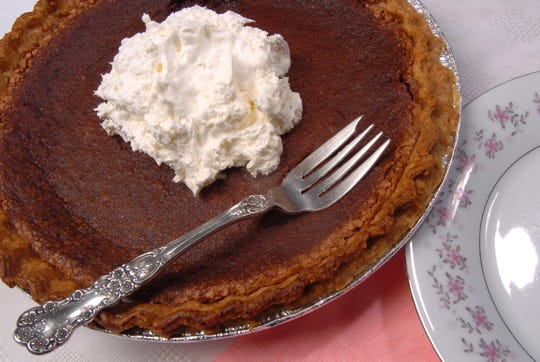 Pie Shell Directions: With a pastry fork, mix ingredients together until mixture becomes granulated. Then slowly add cold water while mixing the ingredients together. Finally, the dough for the crust will form. Roll out the dough on a floured surface and then add it to a 10 inch pie plate. Flute the edges then bake at 350 for 15 minutes or until golden brown. Set aside.

Filling and Final Step: Melt chocolate squares in a double boiler. In a saucepan, mix together melted chocolate, sugar, flour, sea salt, egg yolks and cream. On medium heat, stir and cook for 10 minutes or until thick and creamy.

Next, add in vanilla and butter and stir until butter is blended. Pour the chocolate filling into the baked pie shell. Bake at 350 for about 10-15 minutes. Let cool then serve. 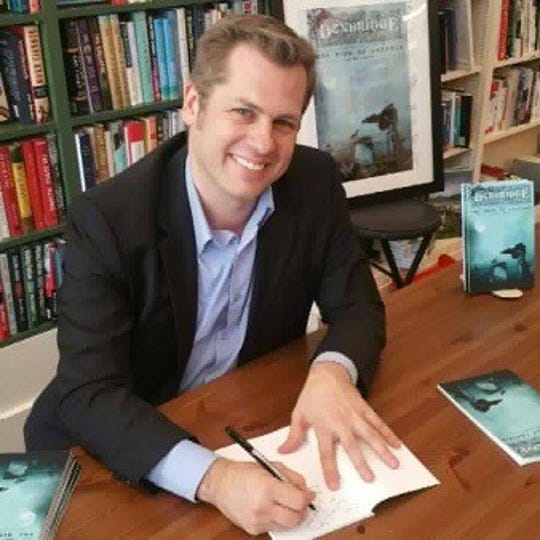 R D Vincent is the author of the Donbridge Series at www.donbridgeseries.com