Bob's remedies: A packet of pepper for cuts and more

Bob's remedies: A packet of pepper for cuts and more 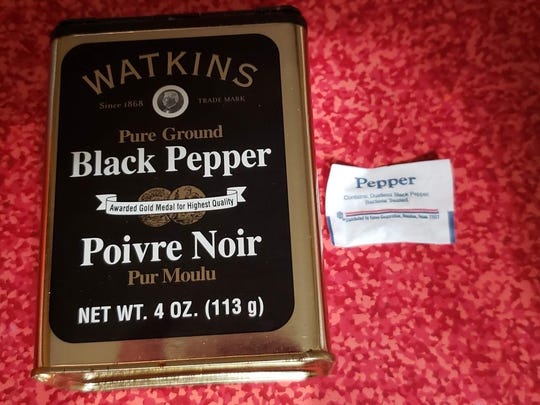 In addition to acting as a clotting agent, black pepper is also has antibacterial properties. (Photo: Susan Manzke)

My husband says I write too much about him. He doesn’t understand that people want to hear a Bob story now and then—as there are plenty of men out there just like Bob.

First, Bob is doing very well fighting his cancer. He works around the yard, cutting grass, picking apples, and doing all kinds of chores. Last week he was fixing a flat wagon tire. He did the same tire multiple times because for some reason it wouldn’t hold air no matter what he tried—if you happened into close proximity you would have heard a few choice words flying about. Finally, in the end, the tired stayed inflated and Bob basked in his success.

Bob was the first one to tell me about this clotting agent. Years ago he asked me to save the pepper packets from our fast food order. He wanted them for his toolbox.

It seems that black pepper will stop bleeding when applied to an open cut—I checked out this fact on the Internet and found that Bob was right. Many mechanics, farmers, and others who work with tools and their hands know this trick.

Black pepper is naturally antibacterial so that's another positive for this helpful working-man aid. However, I do not recommend this for a large wound, but those pesky small bleeding cuts seem suitable, especially when working far from other help. 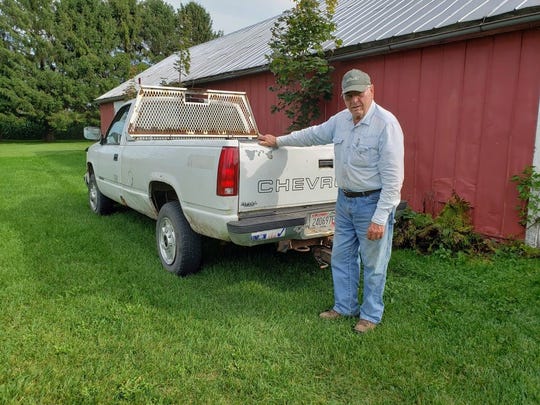 A man and his trusty truck. (Photo: Susan Manzke)

I've known Bob to wrap a dirty shop rag around a cut and continue working after cutting himself. He would then secure it in place with a strip of black electrical tape. It had to be something big to get him in the house for help.

And if a cut was really bloody when he got inside for help he often fainted. His mother had all kinds of stories about Bob fainting at the sight blood. It’s a good thing that he hasn't fainted at the sight of blood in a long time, so maybe he's outgrown it.

I suggest you Google for additional informational pepper uses. I understand it is also good for cooking. I'm no doctor, but I thought I'd pass along Bob's suggestion.

A while back our son Russell was visiting here with his family. I saw Russ taking his son out to look at Grandpa Bob's old farm truck. I couldn't figure out what they were doing.

It wasn't until later that I found out that Russ was giving Harrison an education. Russ was showing the boy the hand crank on the truck door that worked the window. It was something Grandpa had that none of their cars had. The crank was very interesting to Harrison. He rolled the window up and down multiple times. 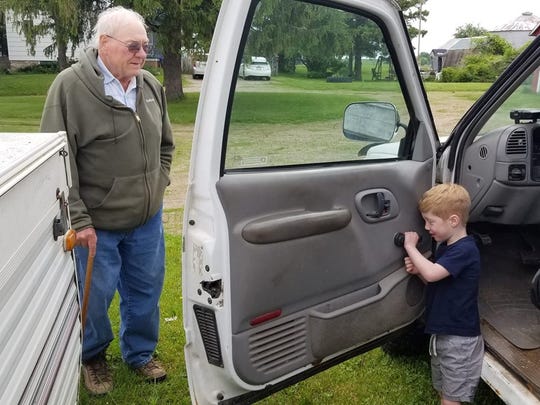 That made me wonder what else we had around that would be considered ancient—besides us, I mean. I think that in the attic there's a dial telephone that was attached to the wall by a cord. How in the world did we call on that phone without buttons?

So there you have a couple of tidbits about my husband this week. Originally, I posted them on my blog when the ideas struck me. It seems that without Bob, life wouldn’t be very interesting, or so I say.