Cold and snowy outside, warm inside

Despite a snowstorm, farmers found a way to make it to the Dairy Strong conference in Madison.

Cold and snowy outside, warm inside 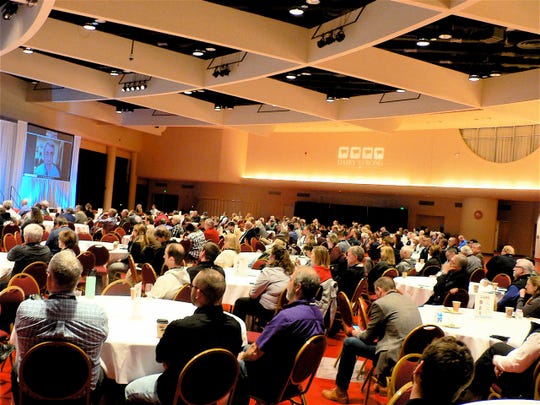 In spite of the heavy snow, a big crows made it to Dairy Strong 2019. (Photo: John Oncken)

The biggest snow fall—9 inches at my house near Sun Prairie—in many years hit the state last Tuesday night leaving many roads impassable the next day which happened to be the first day of the 5th annual Dairy Strong Business Conference at Madison’s Monona Terrace. I was quite sure the crowd would be rather slight on Wednesday because of the many snowed in roads.

But, I was wrong. When dairy farmers want to get somewhere, they get there. In this case many Wisconsin Dairy Business Association (WDBA) members came in early on Tuesday and stayed overnight so as to not miss the 7:30 breakfast and conference kickoff.

The 5th annual Dairy Strong conference had much to offer the ag folks who braved the winter’s coldest days to listen, talk, learn and “network” with their peers. Unlike many agriculture-based conferences, this one has a multitude of seminars available to attendees with dairy herd management itself making up only a small portion of the program. 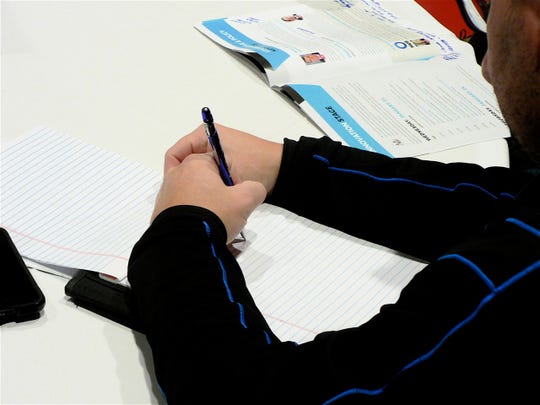 For instance, the opening keynote speaker, Molly Fletcher, spent two decades as a sports agent (one of the first women to enter that field) representing big name, highly paid sports stars. She now has her own company where she offers motivational speaking centering on game changing messages to top companies, trade associations, and teams worldwide. Molly is also the author of four books dealing with business improvement.

Why a speaker who has no agricultural involvement? Simple, farming is a business that must continually be ever-changing and motivation is what is behind changing for long-term success. 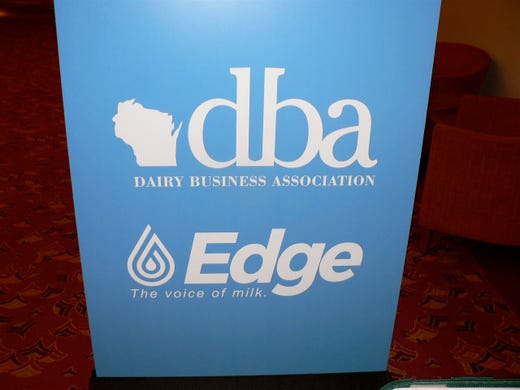 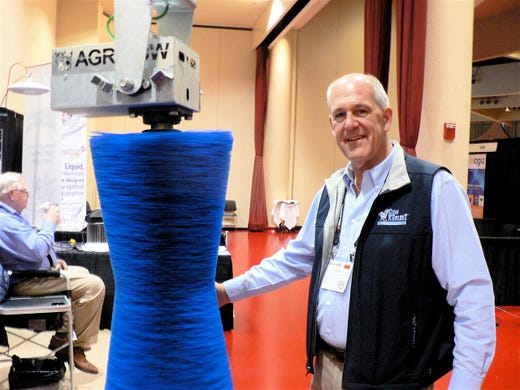 Jeff Grandner of Cow Brushes.com says dairies in Europe used the large brushes for many years before they came to the U.S. John Oncken
Fullscreen 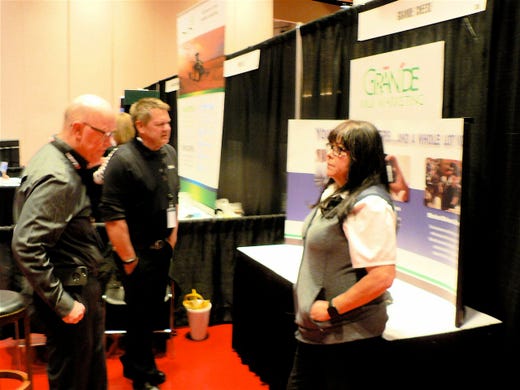 Grande Cheese is a regular exhibitor at Dairy Strong and yes, they do process the milk from the new Tuls (4600 cow) dairy located near Brodhead. John Oncken
Fullscreen 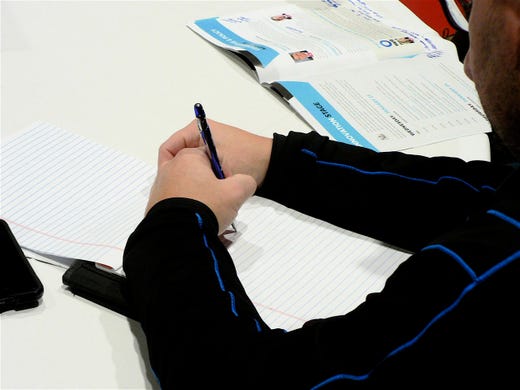 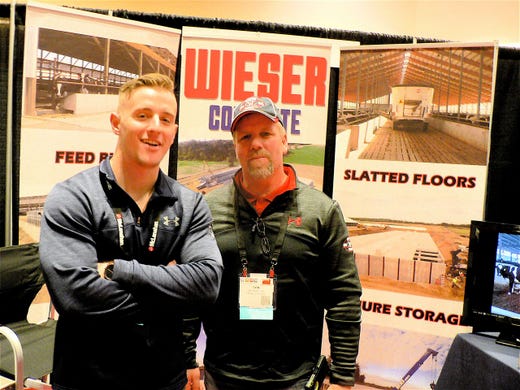 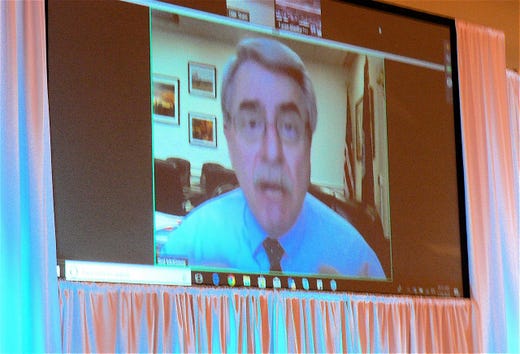 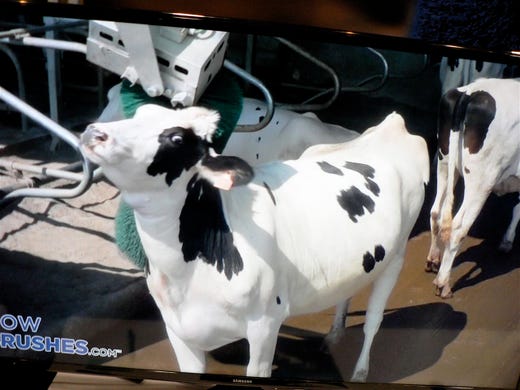 Cows like to use a cow brush. John Oncken
Fullscreen 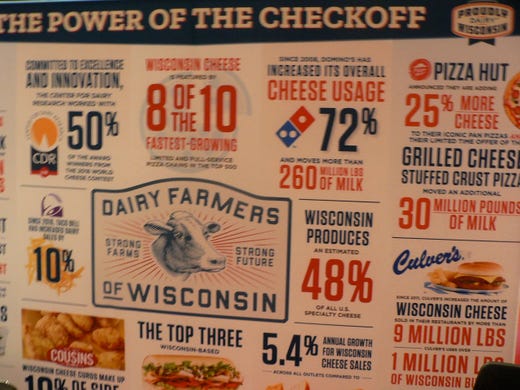 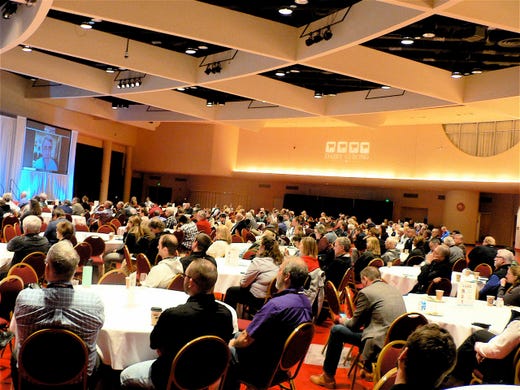 In spite of the heavy snow, a big crows made it to Dairy Strong 2019. John Oncken
Fullscreen 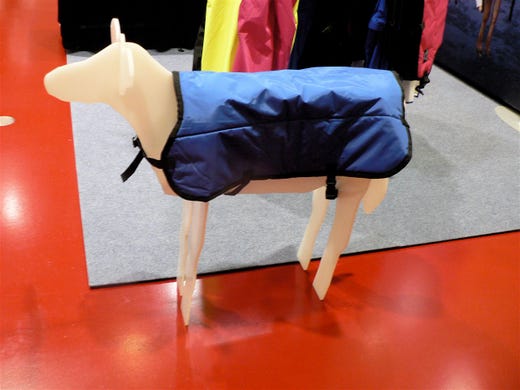 The model calf in the Udder Tech display was dressed for the weather. John Oncken
Fullscreen

Another keynote speaker was Ken Schmidt, former communications director at Harley-Davidson USA during their big turn around who discussed why making customers use their brain causes them pain and confusion. He illustrated why emotional connections and storytelling are the best techniques for creating demand. Schmidt is one of the nation’s leading motivational speakers and has worked with companies world-wide.

Not a “selling” show

In addition to the plethora of seminars available, attendees could visit some 56 commercial exhibits representing various phases of the dairy industry.  “This is not a 'selling show' for us,” one exhibitor reminded me. “We’re here to support the dairy industry and the people who make up that industry. Many of our customers are here and we want them to know we are thinking of them and supporting them even during the current difficult economy they might be struggling with." 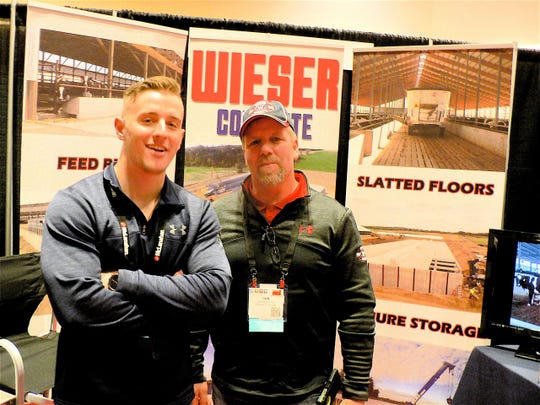 I stopped at a number of exhibits and pretty much got the same feedback from all of them. “Yes, the dairy economy is affecting us. Farmers are being very careful what they buy—only what they need to continue operating."  “There is some needed remodeling going on,”  a farm builder said, "but we are mainly doing non-farm commercial projects.”

Dan McKinney of Wieser Concrete, who had installed the new slatted floor barn to house four Lely robots for Duane and Tina Hinchley at Cambridge, Wis. said he knew they were now milking with the robots. He also said his company was very diversified including providing a lot of the concrete barriers in the big highway construction projects.

A short stop at the Cow Brushes exhibit provided me with some info that I’d never heard before:That the big hanging cow brushes have been used in Europe for at least 30 years. A surprise to me, I think I first saw them at farm shows maybe 4-5 years ago.

“Yes, and did you know that in Denmark every dairy cow must have access to a cow brush?” asked Jeff Grandner, sales rep for Cow Brushes. “No, then why did we get them just a few years ago,” I asked.  “I guess we were just slow, or perhaps we never knew about them,” Jeff said. 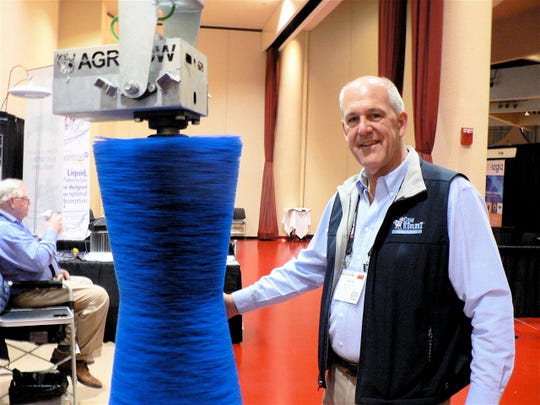 Jeff Grandner of Cow Brushes.com says dairies in Europe used the large brushes for many years before they came to the U.S. (Photo: John Oncken)

I’m still puzzled: Anyone brought up on a dairy farm certainly has scratched, curried or brushed a heifer or cow and saw how they enjoyed it. Why didn’t we have some sort of power brush like the many available today? I guess we weren’t smart enough to see the possibilities—but obviously someone did! Now there are many manufacturers making many kinds of cow brushes. (Perhaps a story for another day.)

Of course, my main interest in attending these kind of events is to talk with dairy farmers and find out what’s going on in the very center of dairying.

And, the answer is 'not much'. Most of the producers I talked with said “We are surviving...we’ve made changes in our animal nutrition and some other programs and have cut expenses where we can...we’re watching every penny but it’s not easy."

Grande Cheese is a regular exhibitor at Dairy Strong and yes, they do process the milk from the new Tuls (4600 cow) dairy located near Brodhead. (Photo: John Oncken)

However, everyone I talked with said “We’ll make it ok.”  Except for one husband and wife team who freely admitted that they had a good year and made money. One reason was they had not embarked on any major building projects in recent years so didn’t have a lot of debt.

Many farmers were sorry to see so many dairy herd dispersals, most of them smaller herds of 100 cows or less. Remember, most every dairy that is now considered a mega dairy started out small and their beginnings have not been forgotten. 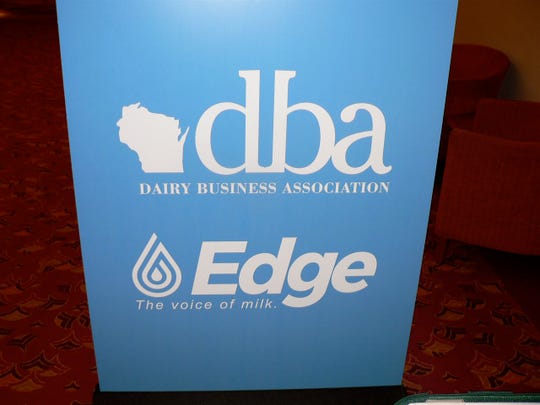 Producers got to do some listening and a lot of talking to each other and hopefully some good learning. However, there were few good answers to major challenges. In spite of a roomful of business and management experts, the major dairy issues remained unsolved: Dairy labor,immigration and milk prices. Ideas and answers are few and far between. Most cite history—”Economic cycles come and go, we have to wait it out.”

As always, WDBA conferences are upbeat and inspiring as they would be when an audience of top flight dairy farmers get together.

There was plenty of time for networking (talking) between attendees and as one dairyman said, “These meetings are about 40% program and 60% talking among old and new friends, and that's good.”

All in all, a really good conference. If you missed it, too bad.