Dairy Task Force 2.0 will begin its study of dairy agriculture, what conclusions will they make and what might they see 35 years from now? 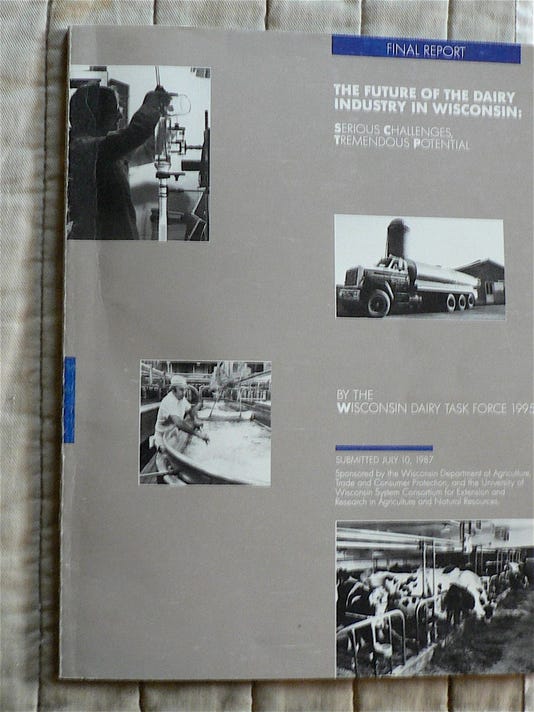 The Wisconsin Dairy Task Force final report. The group met in 1985 when there were 40,000 dairy farms in Wisconsin.(Photo: John Oncken)

A month ago, Governor Walker created the Wisconsin Dairy Task Force 2.0 in an effort to create a more viable and profitable dairy industry in the state. The task force is a joint effort between DATCP and the UW System to study the Wisconsin dairy industry with the goal of making recommendations for possible future actions.

You may not remember but this the second such task force in recent times formed to  attack the same challenges. In August of 1985, the Wisconsin Dairy Task Force consisting of 31 members including dairy farmers, milk processors and allied organizations was formed. The Task Force met numerous times over the course of 14 months, and at its conclusion, unanimously approved an 82-page report that included findings and 75 recommendations for the industry. Many of the findings have been implemented since and the Wisconsin Dairy Task Force 2.0 is modeled off of this previous effort. 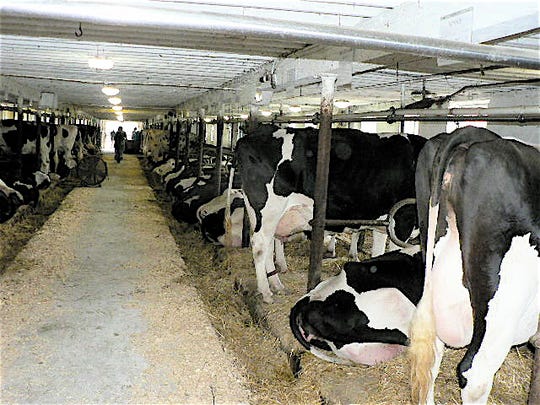 Single family, traditional dairies have dramatically dropped in numbers to the under 9,000 today as compared to the 40,000 of 1985. (Photo: John Oncken)

That 1985 task force completed its study and submitted a final report entitled, "The Future of The Dairy Industry In Wisconsin: Serious Challenges, Tremendous Potential" on July 10, 1987. That report rested in my desk drawer for all those years but with the advent of a new task force it seemed logical to review some of the thoughts from 35 years ago. Here are few of the recommendations and some thoughts on the report:

“Anticipated growth in cheese sales in general and for non-American varieties in particular offers an excellent growth opportunity for Wisconsin's dairy industry. Wisconsin should strongly emphasize and commit resources to producing and marketing cheese and expanding cheese varieties." 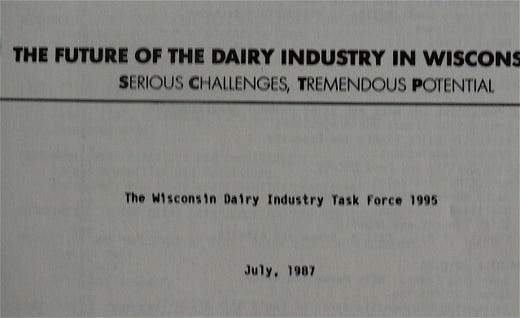 The group considered the challenges and the potential of dairying. John Oncken
Fullscreen 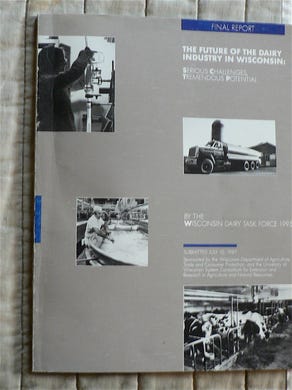 The Wisconsin Dairy Task Force final report. The group met in 1985 when there were 40,000 dairy farms in Wisconsin. John Oncken
Fullscreen 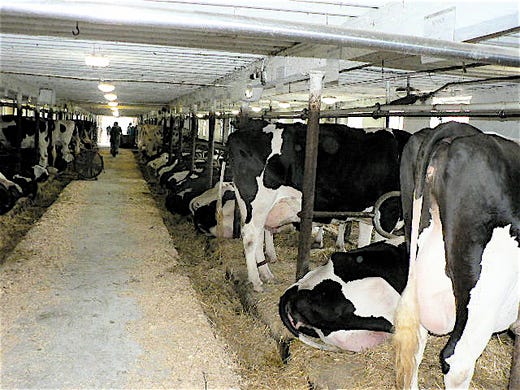 Single family, traditional dairies have dramatically dropped in numbers to the under 9,000 today as compared to the 40,000 of 1985. John Oncken
Fullscreen 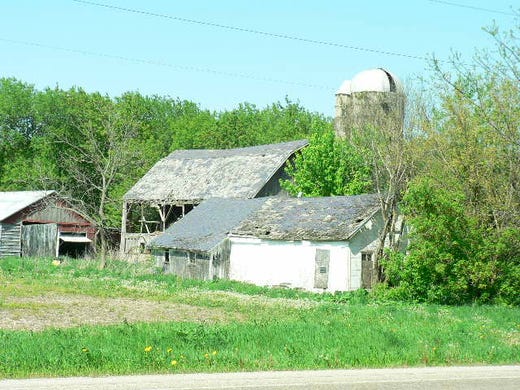 One of the many empty barns that once held cows that provided a living for their owners. John Oncken
Fullscreen 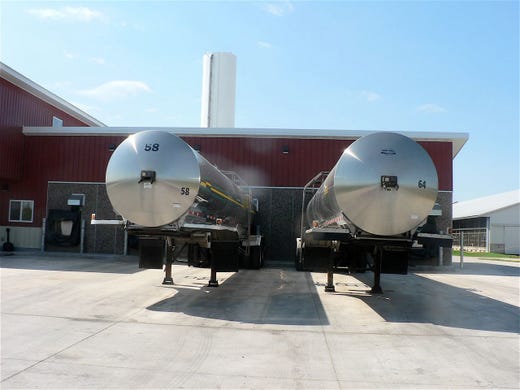 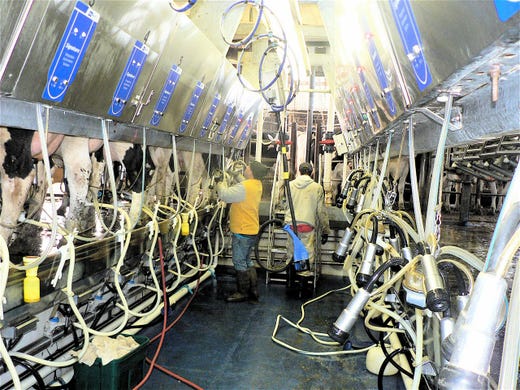 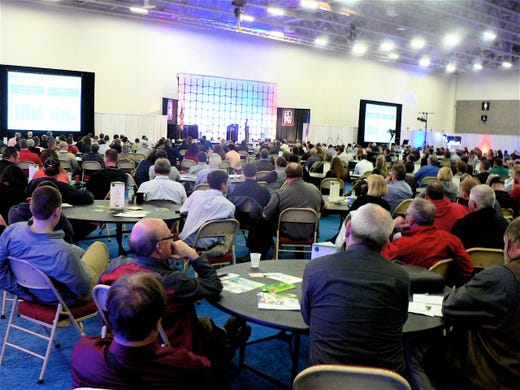 The PDPW has emphasized and led education in all phases of dairying. John Oncken
Fullscreen 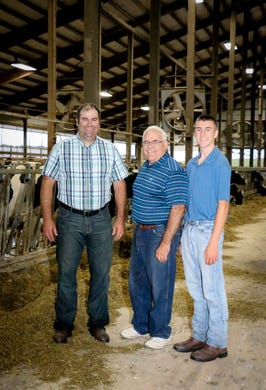 Its overall purpose was to promote international trade by reducing or eliminating trade barriers such as tariffs or quotas. Some fear that erosion of Section 22 protection could  increase US dairy imports, interfere with the dairy price support program, an import quota should be imposed on casein and mixtures of casein to prevent a continued expansion on imports.

Comment: Foreign trade has long been an issue: The issue in 1987 was importation of cheese and casein. Casein has long been a non-topic of discussion as the growth of whey protein has taken its place. The issue now is exports to other countries. The task force, however, did warn that “Market conditions can change and casein imports may once again become an issue to the US dairy industry"—an astute observation as casein again appears in the news.

Currently the growing popularity of two differing types of milk are surfacing: beta-casein A1 and A2. Most cows’ milk available on grocery store shelves contains a combination of the two. A2 Milk® only contains the A2 beta-casein protein which some say aids digestion.

Multi-person dairy operations, which are better able to apply specialized management and greater-management efficiency, should be encouraged. All Wisconsin dairy operations, regardless of size, should make greater use of management assistance from UW-Extension and from VTAE, industry representatives and private consultants where appropriate, to maintain and improve profitability, learn about new technology and adopt technology that it economically feasible. 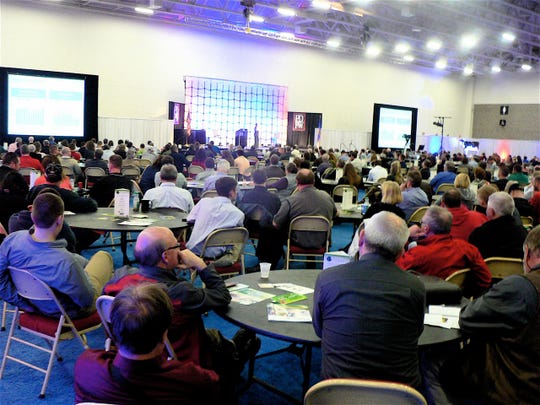 The PDPW has emphasized and led education in all phases of dairying. (Photo: John Oncken)

Comment: The rapid emergence of multi-person farms is evident as expanded dairies dot the state. Most use the latest technology and management expertise, much of it stemming from Professional Dairy Producers of Wisconsin and Dairy Business Association, neither of which existed at the time of the study.

Dairy farmers should get better before getting bigger

Before making any major or minor capital investments, farmers should thoroughly analyze their current production efficiency. The amount farmers can afford to invest in buildings and equipment varies widely according to pounds of milk sold per cow per year. Responding to lower milk prices or tight profit margins by expanding the size of the dairy herd is not the most profitable decision if existing milk production per cow is relatively low.

Comment: Most extension education programs have incorporated this as an underlying assumption with focus on improving dairy profitability. This remains a very valid recommendation. Today's dairy farmers understand this as the success of expanded dairies seems to show.

Many of the members of that 1985 Advisory Task Force have retired from farming and some have died. However, there is one committee member who is still actively farming at his family's dairy operation in Omro—Pete Knigge.

“Yes, I was a young dairyman at the time and probably didn’t understand what the study was all about, which was change,” Knigge said. “And looking back, I’m amazed at the amount of change that has taken place and how fast it has happened.”

Knigge didn’t  foresee the rapid changes in dairying but it turns out that he was a leader in the change and may have changed more than anyone else. If you don’t remember (I do) I wrote the story for Farm Journal back in August of 2000 when Knigge and his family installed the first robotic milking system in the US.

Most of us knew little about robotic milking until World Dairy Expo of 1999 when the Lely Company put the two robots on display.

Why would a 40-cow dairy farmer make such a decision and proceed to be the “first” to milk cows with robots? 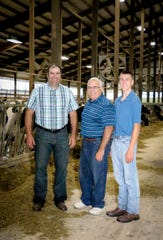 Pete Knigge (center) a member of the 1985 Advisory Task Force is joined by his son, Charlie Knigge (left) and grandson, Jacob Knigge, at the family farm in Omro. (Photo: Submitted)

“I  first saw robotic milking on a trip to the Netherlands,” he recalled, "and we were looking for a way to expand our dairy operation so that our son, Charley and his family could remain on the farm. We had done a lot of research and concluded that a milking parlor meant adding employees, something we weren’t familiar with and didn’t want to do. Robots gave us another option”

The two Lely robots were added and the Knigge dairy herd increased from 40 to 120 cows where it remains today.

“We’re on our second generation of Lely robots, which are now 8 years old. We don’t need to bend up and down twice a day to milk each cow and I, my son and grandson are still farming every day,” Knigge said with satisfaction.

Dairy Task Force 2.0 will soon begin its study of dairy agriculture and I wonder what conclusions they will make and what might they see 35 years from now?

Chances are they will be beyond their 2018 imaginations.