“How long will they keep?” is one of the common questions that farmer's market patrons ask 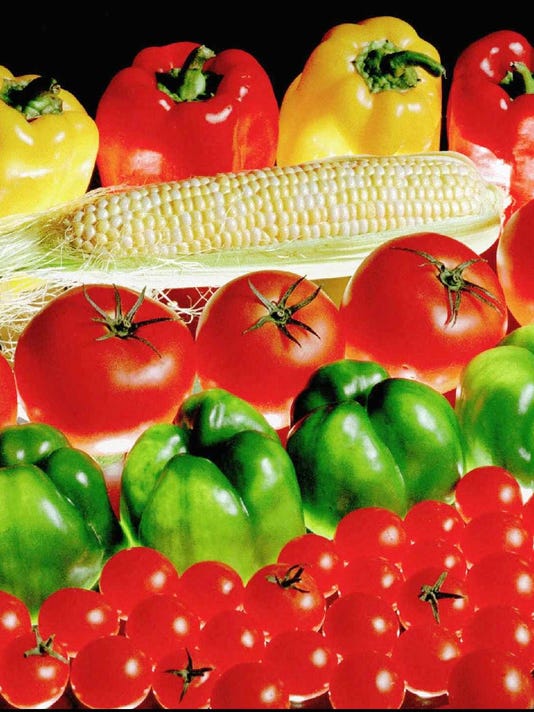 “How long will they keep?” is one of the common questions that farmer's market patrons ask regarding some of the vegetables that they buy. Those questions often pertain to potatoes, onions, and squash.

The storage of vegetables, particularly at the temperature and humidity levels that are appropriate, has been the subject of academic research. One of the comprehensive sources is the “Knotts Handbook for Vegetable Growers,” which is written by two horticulture professors in Florida and which has been published in five editions.

For early variety potatoes (those with red or yellow skins), Knotts suggests that a storage temperature at 40 degrees and relative humidity of 90 to 95 percent should result in four to five months of storage. Late variety potatoes (white and brown skins) can be stored for five to 10 months at the same humidity but at 50 to 60 degrees instead.

I agree with those storage life timetables. I've had very edible potatoes well into May of the next year from the previous summers. There are two caveats. Be sure to remove the new shoots as they appear and store them in the dark.

For dry onions, Knotts mentions 32 degrees and a humidity of 65 to 70 percent for storage of up to eight months. With my yellow onions (up to egg size), I've had many specimens that were in perfect shape well into the summer in the year after they were grown although they were stored in the basement at between 45 and 60 degrees. The yellow onions keep better than the red and white onions, which tend to shoot new stems much earlier.

Winter squash, which are available in many varieties, should be stored at 50 degrees in humidity of 50 to 70 percent, the Knotts handbook advises. It indicates that storage life for them is variable.

That is correct. Their storage life depends on their maturity and health when put into storage. For the most part, winter squash should store well until a few weeks after Thanksgiving. From this year's harvest, I have spaghetti squash that promise to store well for at least a few weeks into 2017.

For the great majority of the vegetables on its list, the Knotts handbook prescribes storage at 32 degrees and 95 to 100 percent humidity. Obviously that means refrigeration.

I don't have direct experience with some of those. I freeze garlic that are peeled and I have stored carrots successfully for several months in containers of sandy soil. Another option (too late to do it for this winter) is to cover the root plants with slabs of baled straw or hay and harvest them as needed.

Late-season radish are my specialty. The cross-pollinated specimens with a Spanish winter radish genetic base have stored well in the refrigerator until the following spring, but they must be stored in plastic bags.

For this winter, I have some common species small radish that were harvested in late November along with the cross-pollinated species — a few of which had diameters of up to 4-5 inches. They're terrific for slicing and making sandwiches on buttered rye bread with seeds.

The Knotts handbook indicates sweet corn will store in the refrigerator for 5 to 14 days. That's true but I take a different approach.

For nearly 10 years, I've taken the fresh corn ears that are grown locally and put them in the freezer with the husks still attached. They should be put into large plastic freezer bags, but bread bags are acceptable, too.

That method has proven to provide fresh sweet corn until the next season. Take the frozen ears, still with the husks on, and cook them in water for about 15 to 18 minutes. Remove the husks and enjoy. I haven't tried microwaving or roasting.

There's never been a problem with drying or freezer burn and the taste is still there — to be enhanced with butter and salt if desired. The only drawback to this practice is the extra space that it takes in the freezer. Nonetheless, it's an alternative to buying early season corn that's shipped in and that often is lacking on quality or freshness.

My experience agrees with most of those timetables. I think that 10 to 14 days is a bit long for snap beans, and not long ago, I learned eggplant will spoil if stored for more than a week