What's next for the dairy industry?

No one knows what lies ahead for dairy farmers as milk is dumped because of the coronavirus.

What's next for the dairy industry? 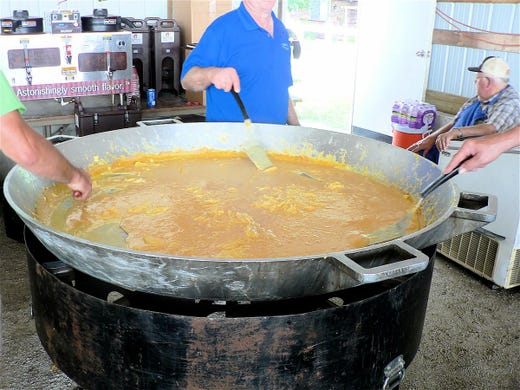 Will there be dairy breakfasts this June? Don't bet on it. John Oncken
Fullscreen 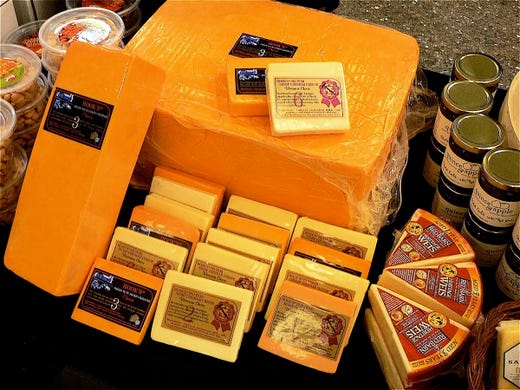 If you don’t shop in person you may not buy cheese. John Oncken
Fullscreen 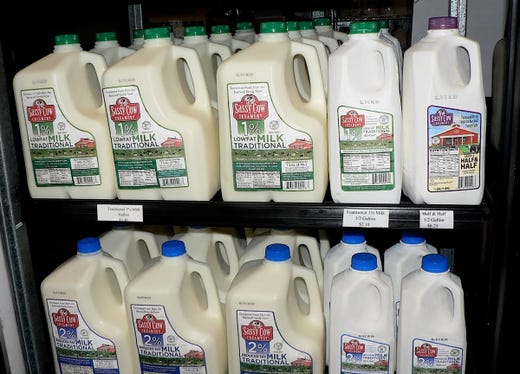 There is plenty of milk at stores. John Oncken
Fullscreen 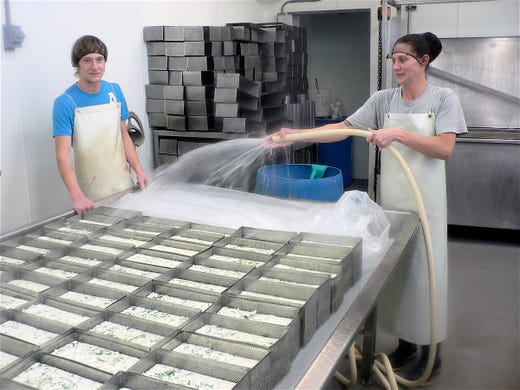 If the market isn't there do you make cheese? John Oncken
Fullscreen 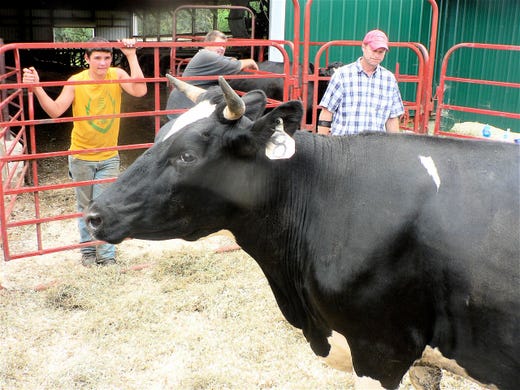 There aren’t cattle sales if there is no market for cows. John Oncken
Fullscreen 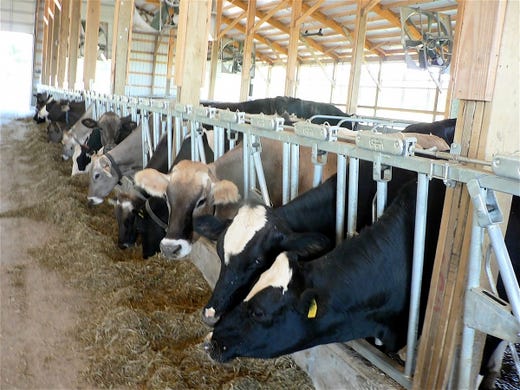 How do you lower milk production in a mega dairy? John Oncken
Fullscreen 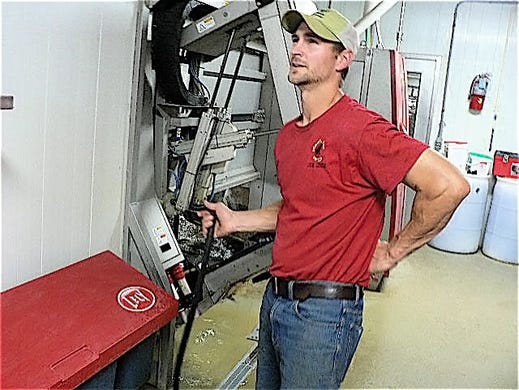 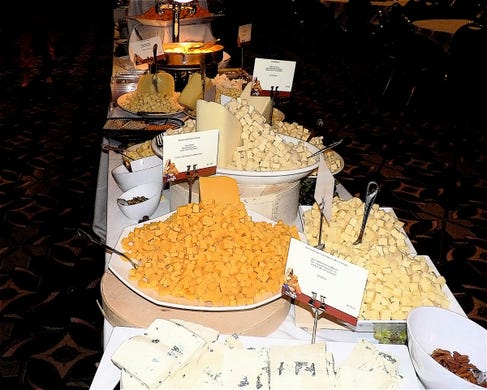 How many big cheese spreads are not being set up at big meetings not being held? Too many! John Oncken
Fullscreen

The tankers are now idle at Black Cat, the milk goes down the drain. John Oncken
Fullscreen 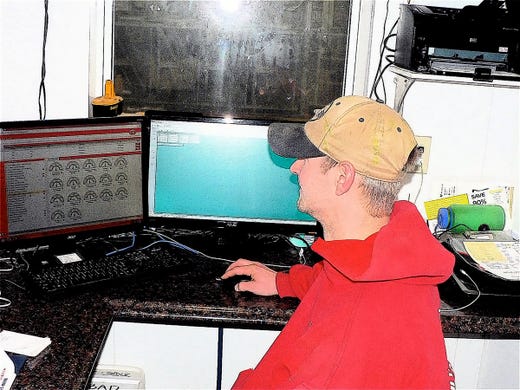 Jason Leedle is herdsman at Black Cat Dairy, Lake Geneva, one of the first to dump milk. John Oncken
Fullscreen 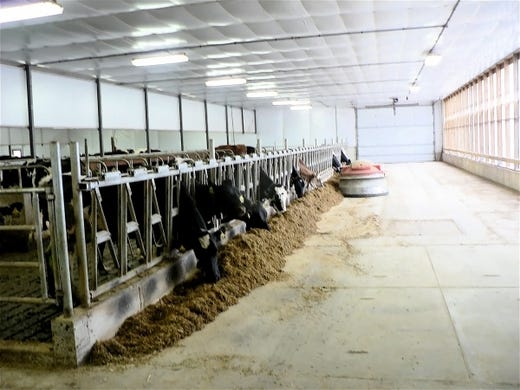 Never before has anyone: cheesemaker, grocery store owner, dairy economist, government official or especially dairy farmers seen the dairy industry in a situation like the one currently impacting the not-so-simple task of milking cows. Of course, no one (alive today) has faced anything like the sweeping coronavirus attack that is disrupting most all of the world.

At this writing, reports are circulating that some dairy producers are dumping milk in their manure lagoons or directly on farm fields. Just how many farmers are actually dumping milk is unknown but Dairy Farmers of American (DFA) admits that some of their patrons have been asked to do so with just a couple of farms being named.

Over a week of lost milk

One of the first farms on the milk dumping list was that of Tom and Jennifer Leedle of Black Cat Dairy at Lake Geneva. The Leedle family are friends of mine whom I’ve written about a number of times as they installed and have been using eight robot milkers since 2012. 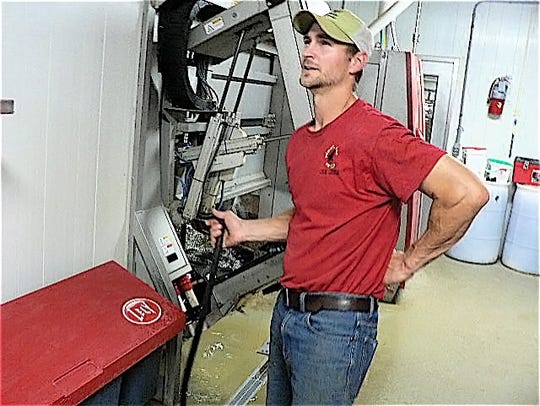 The Leedles milk some 480 cows with son Jason the herdsman and computer records expert. The dairy has been dumping milk into their manure lagoon for over a week now and I think and hope they are still being paid by their processor Dairy Farmers of America (DFA). I had a lengthy phone conversation with Jason Leedle today who related their experiences so far.

“Yes, we’re still dumping milk and keeping daily milk weights — we don’t know how long this will continue," Jason says. “I’m not sure how our name got public but we’ve had a half dozen calls from the New York Times to Fox News to local TV.”

“I’m just glad that we have eight paid-for robots and only one employee during this period. I don’t know what the mega dairies are going to do when they are asked to cut production that I’ve heard is happening now,” he continues. “They have lots of employees and are geared to big cow numbers."

The tankers are now idle at Black Cat, the milk goes down the drain. (Photo: John Oncken)

How many dairy farms are dumping milk across all of dairy land?  I asked that question of several cheesemakers and dairy experts and the answer is uniform — a strong “I don’t know.” A couple of cheesemakers who own private or manage co-op  cheese factories also added “but, if this continues, there will be a lot more dumping."

What is known is that several (maybe many) dairy processors have asked their milk producing patrons to cut their milk production in a hurry." One, Ellsworth Cooperative Creamery has has gone even farther as an article in Wisconsin Ag Connection relates.

At least one dairy manufacturing plant in Wisconsin is telling its patrons that it will provide financial incentives for anyone who decides to quit the business after the COVID-19 pandemic caused tremendous losses to the market.

“The board of directors of the Ellsworth Cooperative Creamery has approved a buyout program that would offer payments of full equity to co-op members for 2010 through 2019. The program is available for reducing the cooperative's first 100,000 pounds of milk per day by April 15. In order to qualify, producers must not sell their cows to another member of the co-op. And they will not be allowed to reenter into a purchasing agreement with the creamery without approval by the company's board." 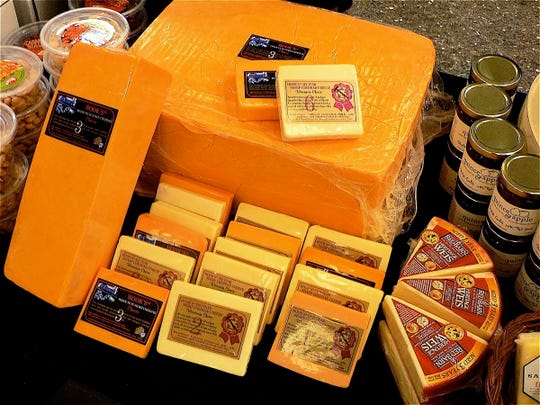 If you don’t shop in person you may not buy cheese. (Photo: John Oncken)

"We know we have farmers that are not sure whether they are going to exit farming this year or next year," said CEO Paul Bauer. "We felt that this was a way to incentivize our farmers to exit the business, perhaps a little earlier than what they expected, for the betterment of the entire patron base."  Bauer says the co-op has already heard from several producers who are interested in the buyout.

No, it’s not only the dairy producers who are facing major losses and changes in their livelihoods, the dairy processors are equally facing “the impossible.”

True, factories can make cheese night and day but what are they going to do with it?

A cheese maker friend explained: “Most cheesemakers do not have expansive storage space and the market for cheese and other dairy products have dropped big time as restaurants, schools, businesses, other retail customers and major meetings are closed or canceled all across the country.”

How many big cheese spreads are not being set up at big meetings not being held? Too many! (Photo: John Oncken)

I’ve  heard suggestions that the surplus cheese be given to the "poor and needy.” Back in the days of government parity prices much of such giving was indeed done but those programs are long gone and someone (the government?) must still pay the producers.

It’s not only the lower milk check farmers receive from the reduced demand who will suffer if the current coronavirus “stay home, stay in” condition continues. The spring seed, fertilizer and fuel expenses loom in the very near future. How will they be paid?

While the milk dumping makes for good media coverage, little is said about the impact on dairy farm employees or the cows that must be eliminated — you can’t just close the faucet — to cut dairy production. The cow market is, of course, basically closed for now. Who even buys cows now?

Each of those dairy leaders who I called admitted to “not having an answer” and the anxiety of not knowing much if anything about tomorrow, next week, next year is hard to deal with. 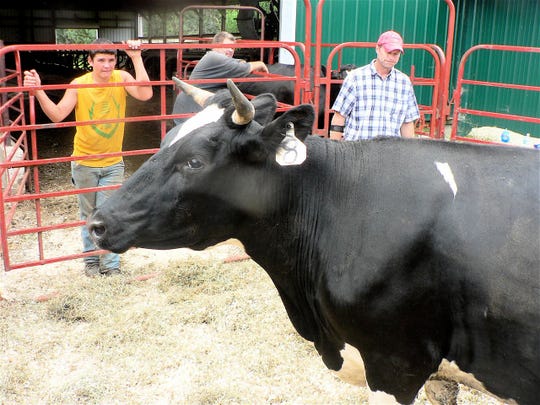 There aren’t cattle sales if there is no market for cows. (Photo: John Oncken)

All also suggested that whatever the outcome of the virus pandemic, dairying and agriculture will not be the same and that there will be fewer farms, and less cows and probably a whole new system for producing and marketing milk. But all admitted they didn’t have a clue as to what these changes will be or how they will be arrived at.

Ron Buholzer, one of the family owners of Klondike Cheese at Monroe had a sort of an optimistic summary, “We survived the horrors of the 1980’s and dairying will survive this, I don’t know how, but we will.”

I also do not have even a guess as to what tomorrow may bring much less next week or next year. I’ve spent more years involved in dairy agriculture than most and fear for the future of dairy agriculture and even more fear of the unseen but lurking coronavirus.

That’s it for today  —  tomorrow may be different. Stay well!