Dairy Summit: from chickens to TB to water

Dairy Summit: from chickens to TB to water 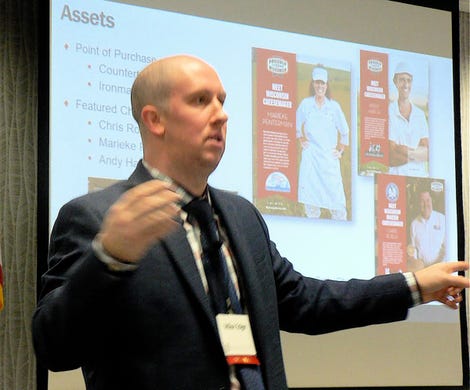 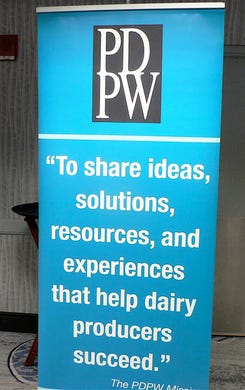 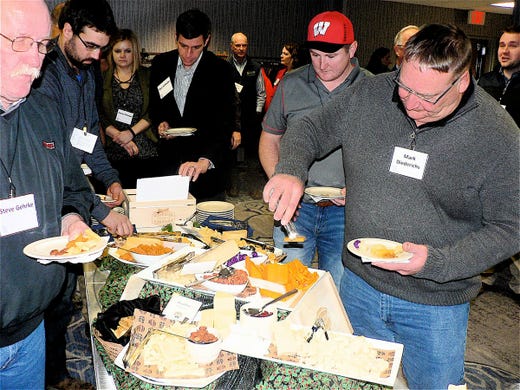 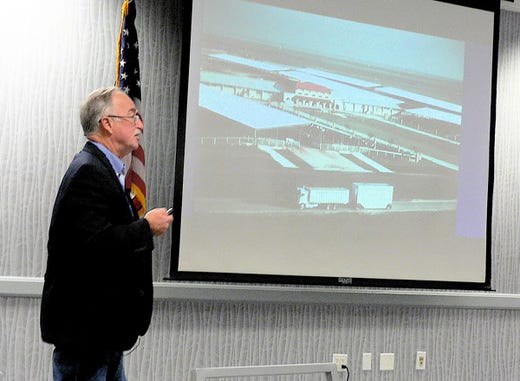 Steve Maddox tell about Maddox Dairy, The first mega dairy in the US and the site of a one-cow TB outbreak in 2008. John Oncken
Fullscreen

Understanding changing markets, regulations and food tracking systems can make a world of difference when it comes to managing a business in unpredictable times. The annual Professional Dairy Producers of Wisconsin (PDPW) Dairy Insights Summit draws together innovative farmers, industry professionals and policy makers to understand complex issues that impact topics from groundwater and food tracking to vertical integration.

The event, held last week in Madison, drew some 75 curious, information-seeking attendees to hear a host of speakers one would find uncommon at a dairy event. And some of the subjects presented were indeed complex but intriguing.

Where the money goes

I am sure ever dairy farmer wonders what happens to the 15 cents per hundred pounds of milk that leaves his/her farm and how it is used. Well, Chad Vincent and Mike Edge of Dairy Farmers of Wisconsin (the organization that gets the checkoff dollars) explained part of the program. 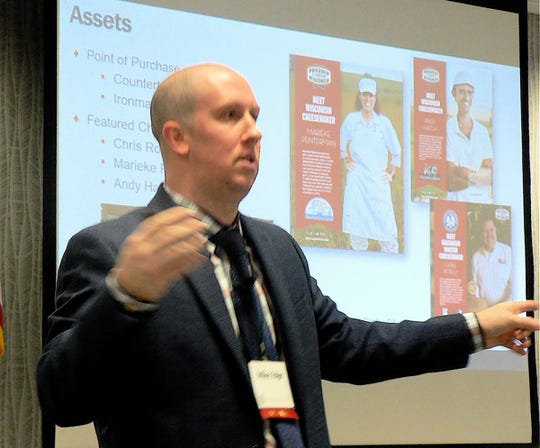 Much of the money is spent on promotion — telling the Wisconsin dairy story. That includes working with school, restaurants, food service and grocery stores. It means providing information about Wisconsin farmers, cheesemakers and cheese to distributors in far-off cities. Remember not everyone — distributors, grocers, consumers —  knows Wisconsin cheese is made by licensed cheesemakers from milk produced on family farms.

DFW works with the wide range of potential cheese buyers to tell the Wisconsin story and how our cheese can be a profit-maker for their stores or a happy family that tries a new cheese.

To get full details about all the promotion and research programs used to sell Wisconsin cheese (and other dairy products) go to wisconsindairy.org or call 608-836-8820.

Blockchain is a strange word to most of us, but, not to Phil Harris, founder of Ripe Technology  Inc. (commonly called Ripe.io) who believes that consumers want more information to assist with their buying decisions and his newly founded company will provide it. His company selected food as a logical area in which to begin.

“The potential within the food system seems limitless In this Millennial obsessed marketing age,” Harris says. “The most obvious application is increased transparency for consumers as it goes beyond the food labels like sustainable or natural and provides a whole new level of detail about the food they are about to purchase. The food industry has not gone through a meaningful ‘digitalized event’ — the kind of an event that entirely transforms an industry.”

In simple terms, Harris believes the consumer wants to know how, where and when the food (milk maybe) was produced. All about the cows, the barn, the farmer and the processor. And it would be readily available to all.

Harris believes Blockchaining (redefining traceability) will deliver over 3 trillion in benefits by 2025. My question is: To who and how? The audience certainly found it an interesting subject but like me, probably didn’t understand much. Perhaps we are all too old for such a complicated program?

Ron Kean, UW-Madison Poultry Specialist presented a much lighter subject centering on the consolidation of the poultry industry, a subject I’d guess most every dairy farmer has pondered in light of the changing dairy world. 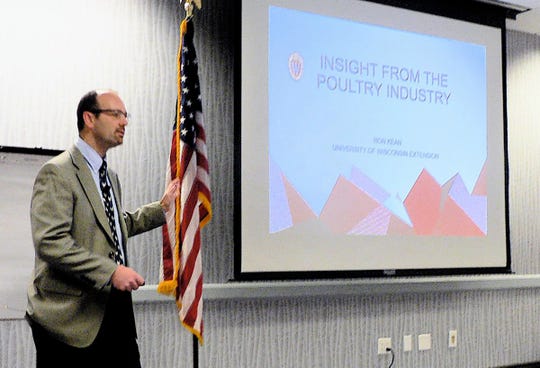 The laying hen segment has changed immensely over the years: from an average of abut 150 eggs per year in 400 hen flocks in the 1930s to nearly 300 eggs per year in flocks of 1 million birds today,  Bird mortality has dropped from 40% to 5% over the same period. Today there are 201 companies with over 75,000 laying hens and they produce 99% of the nation/s eggs.

The broiler industry has seen similar consolidation with the top 29 companies producing 45 billion pounds of chicken per year and the top five producing 61%.

“There are no intermediate size chicken processing companies today,” Kean says.  “However there are 25,000 contract growers who are paid on pounds produced and feed efficiency."

Kean also says that slow-growing broilers is a recent trend in Europe (not in US, yet).  He also said that chicken wings (at one time almost a throw away cut) are now the most valuable part of the chicken — about twice the cost of breasts.

Could this vertical integration happen in the dairy industry?  Kean gave no direct answer but pointed out the long lifespan of cattle (compared to poultry), manure challenges and animal size as inhibiting such consolidation.

One cow and havoc

Steve Maddox, owner of Maddox Dairy at Riverdale, California made the long  trip to Madison to relate the story of a one cow TB reactor in his herd. He calls it “A 10-year retrospective look at a TB nightmare.” 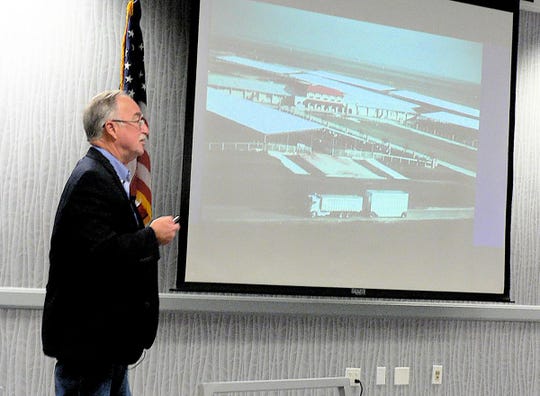 Steve Maddox tell about Maddox Dairy, The first mega dairy in the US and the site of a one-cow TB outbreak in 2008. (Photo: John Oncken)

In 1957, Doug Maddox and his father began milking 28 Holsteins on 500 acres in the San Joaquin Valley. The herd now consists of over 4,000 cows and is known worldwide for its dairy genetics. It was early using A.I and embryo transfer and has sold bulls and heifers nationwide for many years. It was also a certified TB-free herd and the most tested herd in California.

Yet, in April 2008, an 8-year-old cow that was born and raised on the farm and had tested negative on previous tests, was tested TB positive. Thus began five years of USDA testing cows that entered the herd (14 animals) and those sold out of the herd (14,000 head into 15 states).

“There were 70 veterinarians working at one time,” Steve Maddox says.

Twenty-three employees were tested for TB with all proving negative.

The herd was not depopulated as others had been in other areas — it would require $50 million to do so under the government program, money which the USDA did not have.

The source of the infection was never found although Steve thinks it was somehow associated with humans — employee or visitor. Needless to say, the episode was costly, time-consuming and damaging to Maddox Dairy which now conducts extensive testing of employees and employees who travel home and back.

A final Summit presentation centered on “Problems, practices and policies of Wisconsin waters” a subject that impacts Wisconsin dairying now and in the future.

If the aim of PDPW was to fashion a Dairy Summit that would encourage curiosity and thinking, they succeeded. Well done!