Farmers seeing a little light at the end of the tunnel thanks to stronger milk prices. 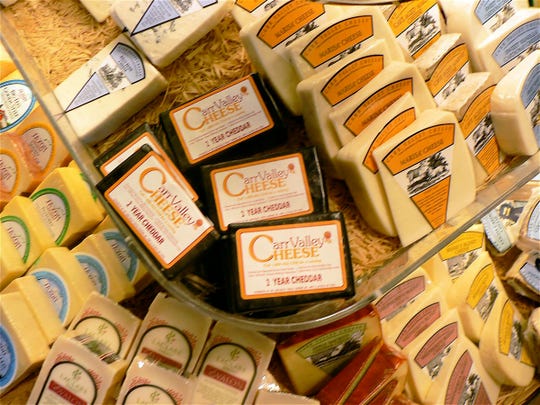 40 # block cheese (the kind cut into consumer packages) trades at the Chicago Mercantile Exchange spot market and is the basis for milk pricing. (Photo: John Oncken)

If you follow the Class III milk pricing on a monthly basis you have to be optimistic about producer milk prices in coming months. The October Class III (cheesemilk price) of $18.72 per hundred pounds, as announced by the USDA, continues the upward trend that began in February with the then price sitting at $13.59. That figures to be a gain of  $5.13 per hundredweight or the past eight months.

While milk pricing is a mystery  to most of us, the pricing process begins with the cheesemilk or Class III price for 3.5% butterfat milk which doesn’t include any premiums paid to some producers. The final, or All-Milk price, is then formulated and approximated the price received by the dairy farmer.

The Wisconsin all milk price for September was $19.90 per hundredweight according to the latest USDA Agricultural Prices report. That was 80-cents higher than last month's price and $2.40 more than the same time a year ago.

Meanwhile, the U.S. all milk price for September was $19.30 per hundredweight, 60-cents lower than in Wisconsin, but 40-cents higher than last month's price. Nineteen of the 24 major milk producing states had a higher price when compared with August. 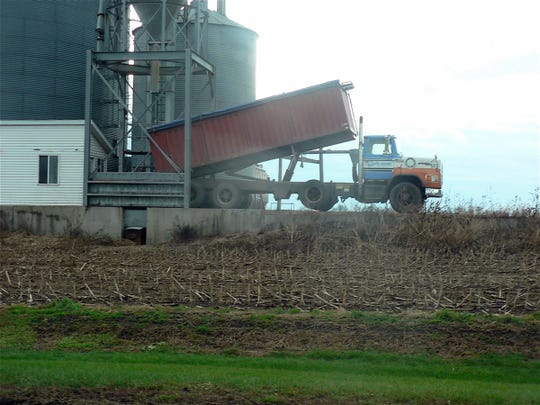 Summing up — the rising milk price means higher producer prices, something they have been waiting for for many months.  If the rising cheese demand continues, and it should in light of the upcoming holiday and Super Bowl cheese-eating season soon upon us,  some debts can be repaid with even some money to spare.  It all depends on consumer demand and milk production. As always it’s called supply and demand. (Note - the last sustained good producer price era ran from mid 2012 through 2014.)

Will there be any dairy farmers left in Wisconsin?  That’s a question recently asked me by a city friend after reading about an increasing number of farm bankruptcies recorded this year.

My answer. Don’t get the idea that most dairy farmers are going bankrupt or making speeches about their troubles or even complaining to newspapers, TV or radio newscasters. Sure there have been stories in every major newspaper in the country about the plight of dairy farmers — some are factual, some (maybe many) don’t tell the real story because news featuring heartbreak and failure make for great headlines, other times because most farmers are historically close-mouthed. 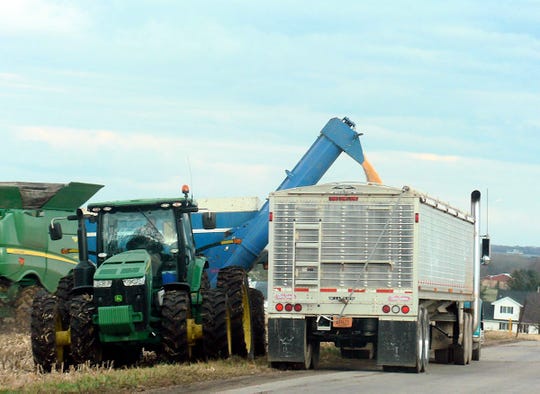 Emptying the grain cart into the semi then to the dryer or bin.  (Photo: John Oncken)

Yes, there are farmers going out of business — but most are not bankrupt. There are many reasons (perhaps impacted by low milk prices) but maybe by other reasons: nearing retirement age; no successor to ownership; change in lifestyle; retaining farm equity and on and on. You’ll not see many names in this column because most folks don’t like anyone to know they are in trouble or that they are doing OK in spite of the economics. I respect their requests.

The combines are running full speed all across Wisconsin as farmers try to get the corn off the field between the periodic rains and snows that have kept fields too wet for many tractors and combines to operate. I’ve made several tours around Dane County and noted lots of harvested fields but with much corn still standing. As I write this on Tuesday, forecasters are talking “more snow, 1 to 4 inches later in the week. 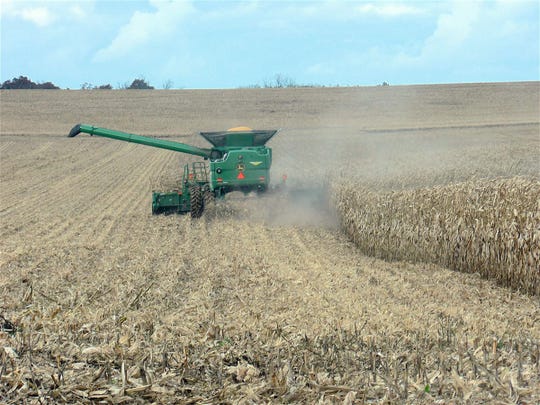 Round by round the corn is being combined. (Photo: John Oncken)

As of a week ago, 83 percent of the corn crop was reported mature — four full weeks behind last year and 19 days slower than the five-year average. About one-fifth of the corn for grain has been harvested, which is also several weeks behind normal. Farmers who chop corn for silage say 88% of that crop is now off the fields.

The weather and its slowdown of grain harvest in Wisconsin is impacting a much wider area than just this state. My son John, a partner in Tru-North Equipment in Grand Forks, North Dakota, tells of the problems growers in his area are having in getting their sugar beets harvested.

The National Agricultural Statistics Service on Oct. 28 said beet harvest in North Dakota had reached only 53% harvested, well behind the 97% five-year average. Minnesota's beet harvest was 60% complete, compared to 95% — about 17 days behind the five-year average.  American Crystal Sugar Co. of Moorhead, Minn., the processing cooperative in the area said “overall they had reached 60% harvested. 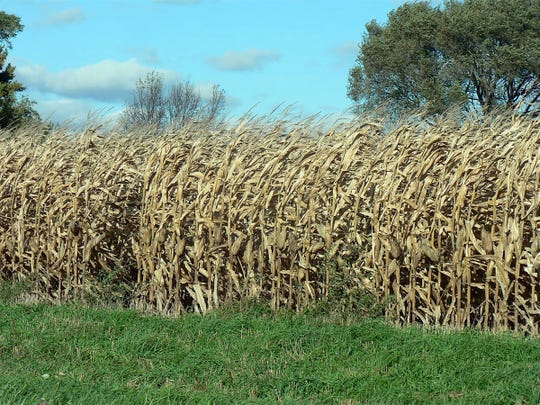 John said there was a lot of equipment breakage as farmers try to operate in the wet fields and some are trying to adapt track type wheels. Row crop combines have had track-type wheels for years, but not sugar beet harvesters.

Amity Technology Inc. of Fargo, who markets the specialized harvesters, in an emergency effort to help customers with this year's unprecedented conditions, scrambled to come up with some track-typed traction for its big 12-row harvesters that had always come with tire wheels.

John also indicated the edible bean and corn harvests were far behind normal and that potato growers are in trouble. AgWeek reports that “successive nights of subfreezing temperatures have caused an estimated $45 million in damage to the Red River Valley red and yellow potato crops. Note — The Red River Valley is the largest producer of red potatoes in the United States, and North Dakota and Minnesota combined, is the third largest potato growing region in the country.

A new chocolate milk formulation has been announced by McDonalds. It has 25% less sugar than McDonald’s previous chocolate milk and is no longer a fat-free product, according to an announcement from Dairy Management Inc. (DMI), the dairy  producer funded checkoff program that McDonald’s has worked with since 2009.

Support from dairy checkoff food scientists has helped McDonald’s USA produce a reduced-sugar, low-fat chocolate milk that will be unveiled nationwide in January.

McDonald’s with the assistance of DMI reformulated this newer version of chocolate milk. In June 2018, the fast food giant pulled cheeseburgers and chocolate milk from its Happy Meal menu in an effort to cut down on the calories, sodium, saturated fat and sugar kids consume at its restaurants.

“Chocolate milk has been a longtime customer favorite at McDonald’s and U.S. dairy farmers are glad to see the chain roll out a great-tasting chocolate milk that has even more nutritional benefits than previously,” said Pennsylvania dairy farmer Marilyn Hershey, who serves as chair of DMI. “This is a great example of a foodservice leader listening and responding to customer demand. It also benefits dairy farmers because McDonald’s will offer an improved milk product to millions of customers, which could lead to similar changes at other restaurants.”