From a California farm selling out to World Dairy Expo attendance is examined. 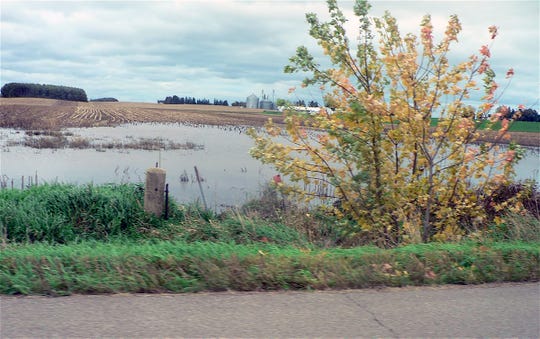 Lot of water but luckily the corn is already gone.  (Photo: John Oncken)

This is one of those catch-up weeks for me and this column. No big events or earthshaking developments in the world of agriculture to write about except maybe for trade discussions that seem to go on forever and of course Secretary of Agriculture Sonny Perdue’s words uttered at Dairy Expo that still wander through the internet. Words that seemingly weren’t particularly offensive to farming but caused an uproar because they were said.

My daughter Lynne who lives in Fresno, California recently sent me an e-mail story entitled Giacomazzi Dairy at Hanford,“California's Oldest Dairy Calling it Quits,” and wondering if I knew the family. I didn’t.

A couple days later the color advertisement announcing the October 25 dairy dispersal that appeared in Hoards Dairyman was an eye catcher to me. California dairy dispersals of 1,000 cows and 1,000 heifers don’t often appear in mid-west based media, although Hoards does have a western edition, but this one did and it aroused my curiosity in light of the many publicized farms leaving dairying.

Not that this was a really big herd in California terms but that the Giacomazzi Dairy, now leaving the dairy business, was noted as the “oldest operating dairy west of the Rockies” and was celebrating 126 years of milking cows, 75 years of A.I. breeding, 89 years of DHIA and was awarded “Top ten herd of Kings county six of the past seven years.” And, it was all going to end October 25th with a live at the farm and online auction.

Several internet stories emanating in California referred to the low milk price and bad dairy economy as “forcing the dairy out of business."  It seemed like an interesting story, so I made some phone calls.

Wrong, wrong, wrong — it was not a forced dispersal as I found out after making a number of phone calls. Richard Martella, owner of A&M Livestock Auction at Hanford, says, “Oh no, they are not in financial trouble, this is a long established family with lots of resources, why don’t you call Dino Giacomazzi and get the full story, I know he’ll be glad  to talk with you.”

So I did, and we had a long conversation.

A decision made long ago

“No, our family owned dairy is not in financial distress. Getting out of dairying was based on decisions made in 2013 when we did a lengthy and deep review of the farm,” Dino began. “One of the important factors in our dairy operation was that our facilities (including a 26-unit flat barn milking system) were old and worn out and would need replacing. And, the dairy economics would almost require us to get bigger, maybe double our size.

We also looked at our long-term farm economics and found we never really made much money from dairying, meanwhile other farmers were planting almond trees and doing very well financially. After some deep thinking we decided that our land was not being used to its full potential and it didn’t make sense for us to continue milking long term.  Our first move was to plant 400 acres of almond trees in 2014 that are now in production and we now plan to plant trees wall to wall."

“Yes we are selling our cows, not because we have to but because we want to and with the rising milk price, this seemed to be a good time to sell our cows,” Dino concludes.

Note — I first learned about almonds in the mid - 70s when Doug Maddox, Riverdale CA, dairying's first mega dairyman (RuAnn and Maddox Dairies) showed me his almond trees. He said he raised almonds because when milk prices went down almonds provided a continuing income. 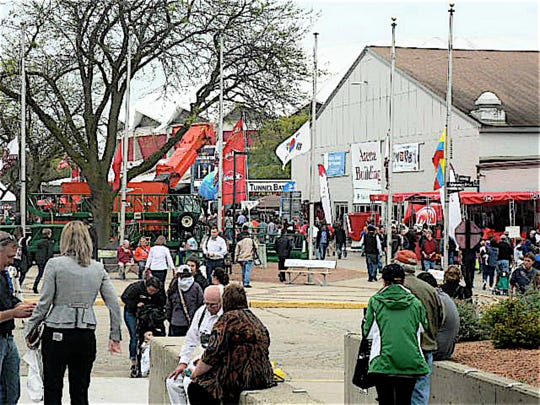 A caller recently asked about the smaller attendance at this year’s World Dairy Expo. “What does this mean,? he asked. 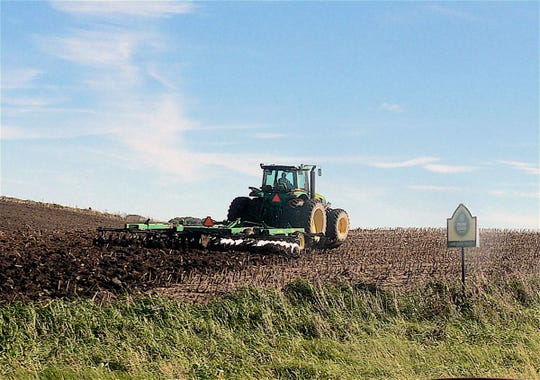 On the other hand, I’ve often figured that the worse the weather, the higher the attendance. Balmy, sunny days may keep farmers in the field filling silo, making hay or doing some tillage and leaving the farm may be sort of a guilt trip. Rain and even snow might help convince farmers in surrounding states to forget about the field work and take a day off at Expo.  I do know I’ve seen that connection at some of those rainy, windy, miserable days in the past that ended with big crowds.

I’ll admit I can’t arrive at a particular trend for Dairy Expo attendance over this 21 year period, except for a current downtrend, but that has happened before. However the loss of dairy farms and potential dairy exhibitor customers is certainly worrisome as the loss of dairy farms throughout the Midwest that continues and may continue even with a better milk price is worrisome.

Then there is the weather  making for uncertain harvesting and yields. At best crops are at least two to three weeks behind a normal year — if there is one — and feed quality and supplies are still an unknown. My guess — there will be some outstanding corn and soybean crops in some areas, shortages in others. Again the weather, rain, frost and temperatures will be the determining factors.

Who could throw away the “first pitch” ball thrown at Wrigley Field in Chicago when the ADA of Wisconsin was honored as a Cubs sponsor and I threw out that pitch? I can’t. (Photo: John Oncken)

Finally, in the past two weeks I’ve seen over 30 years of my life go into a landfill as “Got Junk” hauled away much of my business records as I closed my longtime rented Madison office. Why an office with a big house with space and no rent to pay, I asked myself?

No need, and my son John who came down from North Dakota to do the hard work says: “Who’s going to read your old letters and papers?" The answer is no one, so most of the accumulation is now in my memory file.