Wisconsin Farm Bureau submitted comments supporting a proposal to remove the gray wolf from the List of Endangered and Threatened Wildlife. 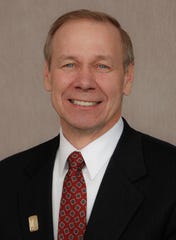 Wisconsin Farm Bureau submitted comments to the U.S Fish and Wildlife Service supporting a proposal to remove the gray wolf from the List of Endangered and Threatened Wildlife and return population management back to the state Department of Natural Resources.

Recovery of the gray wolf population in Wisconsin is a success story. The state DNR’s Wolf Management Plan set a recovery goal of 350 animals which, based on the 2017-18 minimum wolf count of 905 to 944, has been far exceeded.

“All rural residents and farm supporters should submit comments in support of this proposal,” Holte added.