Dairying and the dilemma of change

There is a future in dairying but dairying changes every day.

Dairying and the dilemma of change 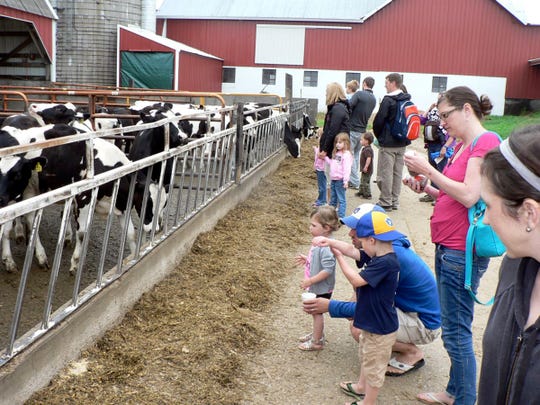 We all have read the heart rendering stories of how dairy farms are going out of business at a huge and rapid pace because of the low milk price. Stories of third, fourth and more family generations having to leave the family farm for financial reasons. The fact that over 700 licensed dairies went out of business in Wisconsin last year is undisputed and the herd dispersal rate continues in 2019.

I’ve written about some of these now gone-from-dairying former dairy farmers and know many more who are still surviving the world milk glut and subsequent low producer prices by managing to the best of their ability. This of course includes cutting expenses, which extends the financial stress to suppliers who aren’t getting paid for the equipment and supplies they didn’t sell.

Every story about an already or soon to be gone dairy farm family tells of the long history on the farm, hard work, early up and late to bed, long working days and hopes the parents had for the next generation to someday take over the farm. 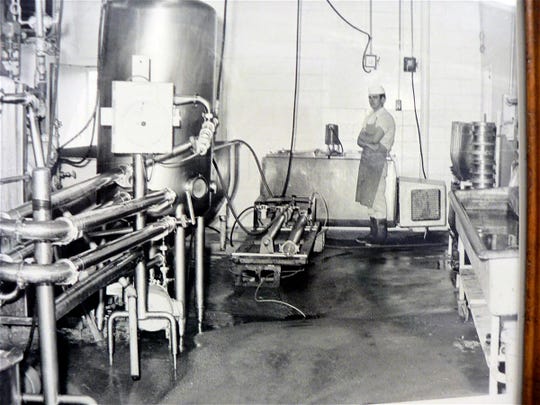 Frank Thomas of Greenwood invented the means to extract protein from cheese whey and changed the world. This was a major change for cheese making and nutrition.  (Photo: Submitted)

Most are sad stories because they really are, but made even more sad because that’s where the writers (many non-farm of course) see the drama and failures up close for the first time. And, the regular pleas by the farmers for more exports of dairy products, drinking more milk, failure of politicians and government to help with new programs and the evils of mega dairies who as yet seem to be surviving.

All true, but I’ve long wondered: Is dairying helping itself by outlining and repeating the challenges facing the smaller and struggling dairy family? Does anyone else really care? I suspect that the city worker who has to get up at 3 a.m. in minus 20 below temperatures to fix a broken water pipe that is flooding a street may feel he/she has a really tough and unfair life and probably sees the farmer who gets up at 5 a.m. to milk cows in a warm tie stall barn or milking parlor but complains about it, as “having it pretty good.” 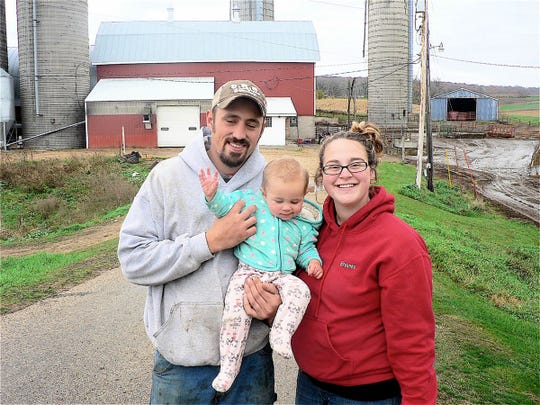 Dairy farmers often cite their long days from early morning to late at night especially during planting and harvest times as being unusual and unique. Maybe not actually — any small business owner will tell you they do the same. They can’t afford help but someone has got to do to do the work. If it doesn’t get done the bills won’t get paid and the lender will step in. Note — the small business owner is like a small farmer, they are one and the same. Oftentimes with little money, lots of expense, hard work and little sympathy from friends, neighbors and often, even relatives.

“We are the fifth (or third or fourth or whatever) generation to farm this land,” is often a part of many of the dairy farms facing financial challenges story. And it’s true. It was also true of dozens and dozens of seed corn companies that once competed for the farmer’s business — now there are but a few. Did anyone cry for the Blaney, Kaltenburg, Trojan and dozens of other family owned companies that faced larger competitors that tried hard to exist but are long gone? Farmers will remember other once well-known products or equipment that are now just memories. 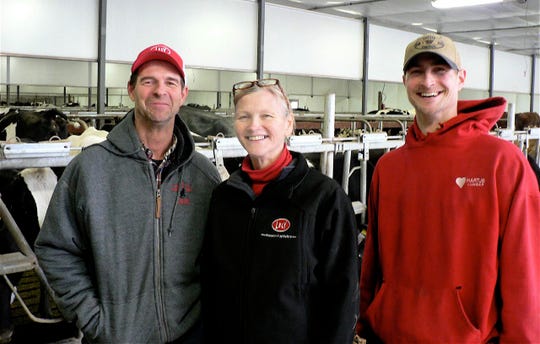 The Leedle family of Lake Geneva installed 8 robots five years ago as they looked to the future of their family dairy. (Photo: John Oncken)

As a young county agent in Neillsville, I got all my gas at Wall’s Deep Rock Service Station. Before my car had fully stopped at the gas pump, Fred Wall, his son Toddy, or one of the two or three other employees would be grabbing the hose and heading for the gas cap while someone else was washing the windshield or checking the tire pressure and oil level. I paid the gas and service bill monthly from the office records kept by Laura (Fred’s wife) — no credit card — and they reminded me when an oil change was due and stored my snow tires during the no-snow month and vice versa.

When is the last time you had someone pump gas for you or washed the windshield or would charge by the month with no cost or fees? I doubt if there is even one full service gas station in Wisconsin today in spite of the important part they played in our life.  I don’t remember anyone paying any attention to the demise of the full service, often family owned, friendly and oh so good service stations. And we all learned how to pump gas even in our Sunday “go to church clothing.”

Consider also the many milk haulers owning trucks that hauled the 100 pound full milk cans that they had to lift into the truck. Then bulk milk hauling came on the scene in the late 1950s and almost instantly the can haulers were out of business. Surely not all, many bought tanker trucks and kept hauling, but many didn’t or couldn’t. I don’t remember much, if any, sympathy for them. Farmers bought bulk tanks and were happy and a lot of muscular haulers had to find new jobs. 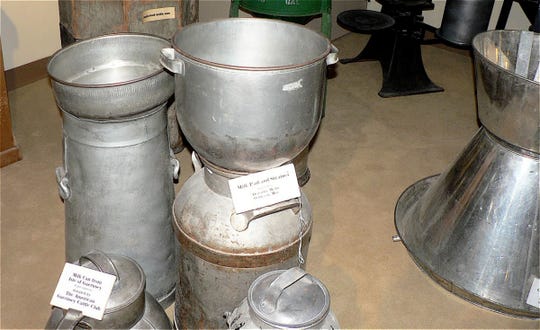 The milk can is but a memory (if that) to most dairy producers today and they are happy about that.  (Photo: John Oncken)

Until about 10 year ago cameras used film that was generally developed at specialized camera stores or in drugstores and supermarkets.The arrival of the electronic camera meant the demise of the film processing business and the camera store that I used closed as did the processing department at the supermarket. I still have a couple rolls of undeveloped film and have no idea of where I could get it processed.

Think of all the other changes you have seen in dairy supplies and equipment over the years — every one devoted to less labor and/or more milk. The same with dairy herds: Better genetics and nutrition, cow comfort, advanced milking systems, the arrival of genomics and ever more comprehensive herd management. 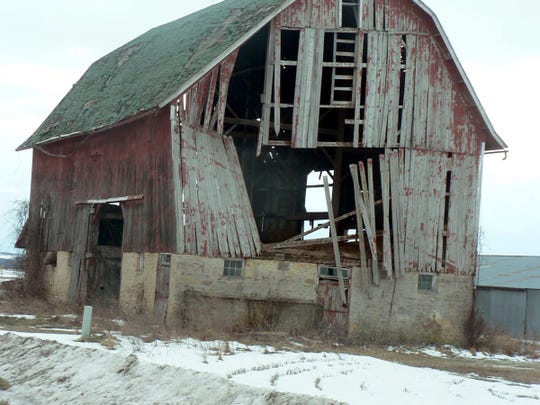 Meanwhile the group of farmers who chose not to make radical changes in their dairy operations — most of the total farmers — continued working hard and long doing what they did trying to make a living. They had no time to become involved in the top flight meetings, seminars and webinars offered by DBA, PDPW, Extension and others. They were too busy. But, they saw the trend: Continuing change as the big got bigger.

What to do? Wait for the higher milk prices to return (if they do)? Hope for a government dairy program? Keep going until the money and farm are all gone? Get out while they still have equity? Borrow more money and bring in the next generation thus joining the ranks of a mini mega dairy? 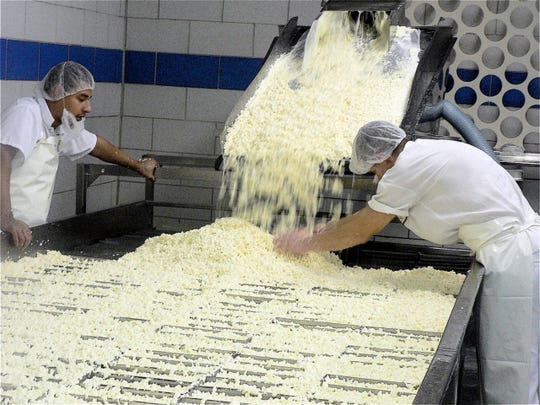 Consumers may not want to farm but they do love the cheese made from the milk. (Photo: John Oncken)

Many choices, none easy. For sure, the world will give little credit or sympathy to a 100 year, multi-generation family farm, hard work, long hours, doing it right, the old way or good intentions. Remember the now forgotten can milk haulers, full service gas stations, camera film, typewriters, phone booths and even fax machines.

But the world does love family farmers who produce great milk for cheese, yogurt, ice cream, drinking and new products to come. And the cows if they don’t have to milk them.

Yes, there is a future in dairying but as life changes each and every day (sometimes good, sometimes not so good) so does dairy farming. Hoping is of little value, but looking, listening, asking, thinking, and acting can do wonders.

John F. Oncken owns Oncken Communications, a Madison-based agricultural information company. He can be reached at 608-222-0624 or e-mail him at jfodairy@chorus.net.