Tobacco: the crop that was and still is - barely

Believe it or not, tobacco is grown in Wisconsin.

Tobacco: the crop that was and still is - barely 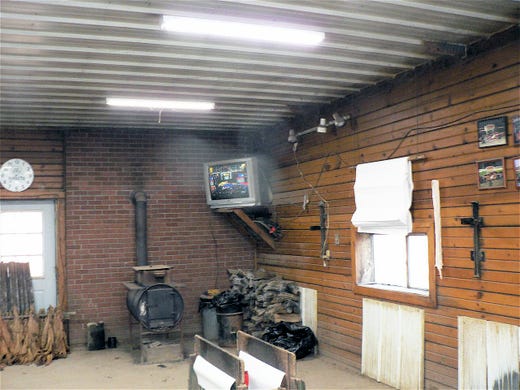 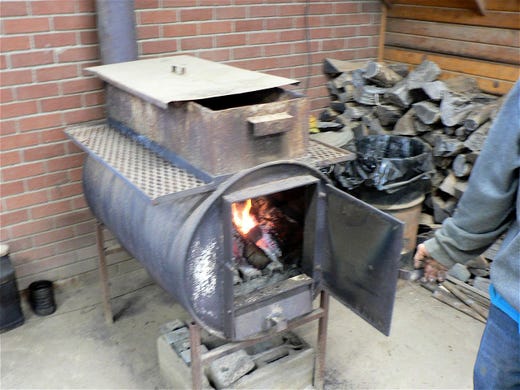 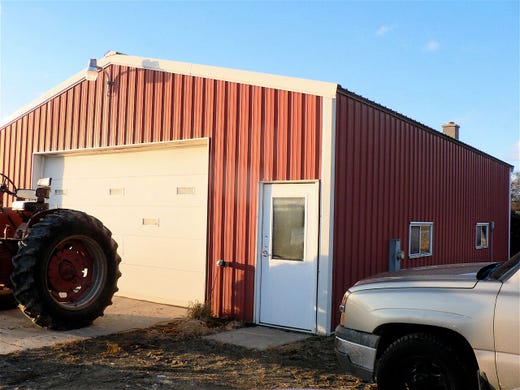 The Lund brothers strip house is one of the best. John Oncken
Fullscreen

Allan Lund (no relation to the owners) has stripped tobacco for Christians Farms for decades. John Oncken
Fullscreen 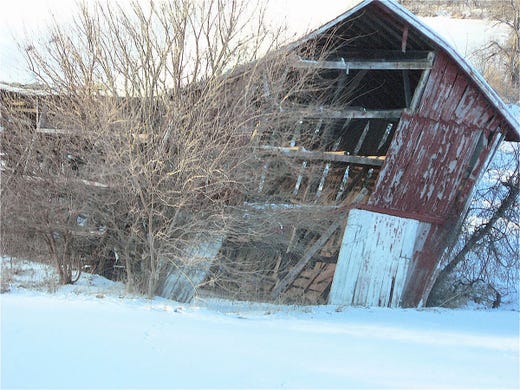 This old tobacco shed along Highway 12-18 east of Nora, has been gradually falling for years. John Oncken
Fullscreen 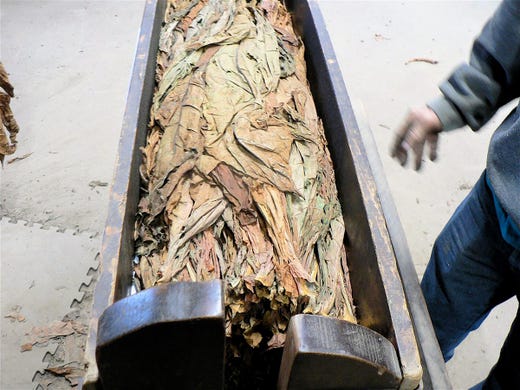 Ready to press into a bundle. John Oncken
Fullscreen 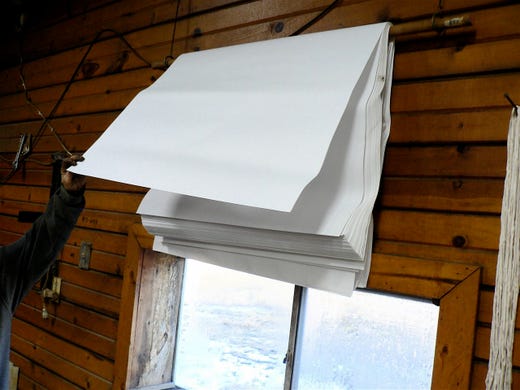 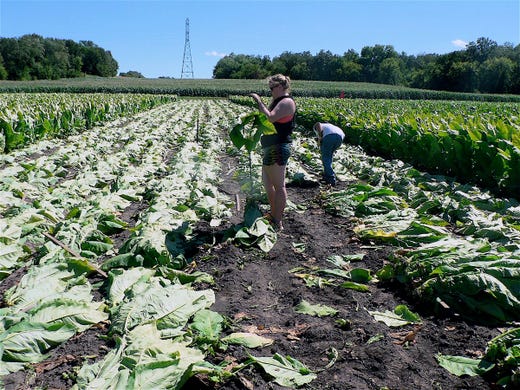 Tobacco in the field in August. John Oncken
Fullscreen 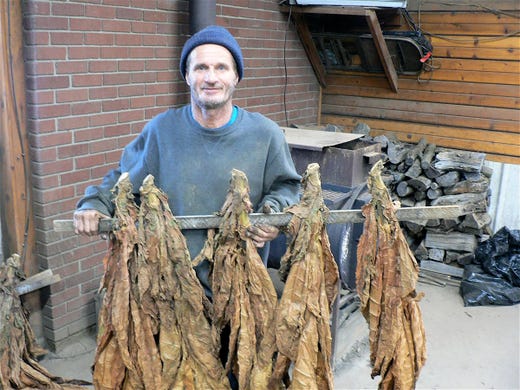 The tobacco is cured in the shed from August to December. John Oncken
Fullscreen 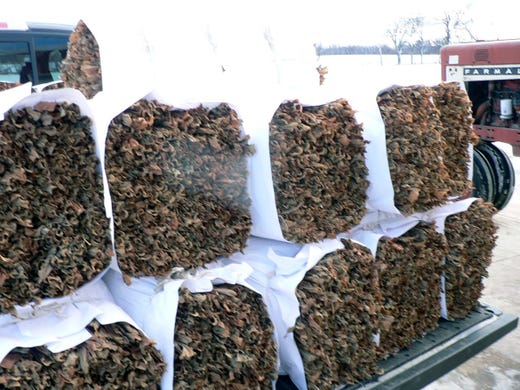 Bundles of tobacco ready to be delivered to the warehouse. John Oncken
Fullscreen 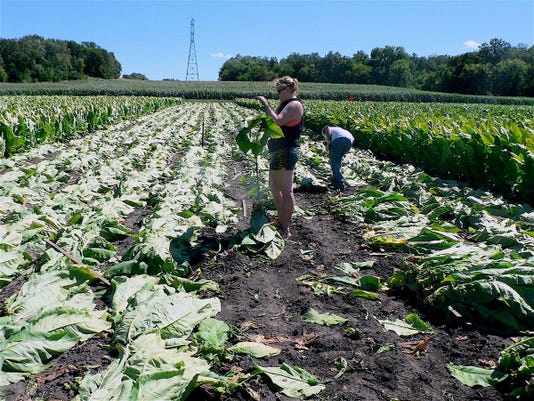 Tobacco in the field in August.(Photo: John Oncken)

Over the years of this column I’ve on occasion written about Wisconsin’s unique role as a tobacco growing state.  The fact that our state even raised tobacco comes as a surprise to most people and each story brings forth calls and e-mails asking the same question: “Was there really tobacco raised in Wisconsin?  You must be kidding!”

Yes, tobacco has been grown in Wisconsin for well over a century and a half. Although never a big crop in terms of acreage, it was an important one to some farmers in Dane, Rock and Jefferson counties in the southern part of the state and Vernon, LaCrosse and Crawford counties further north and west and the crop was a major influence on agricultural development during the formative days of dairying in the early 1900s.

In 1919 there were some 38,000 acres of tobacco grown in the state, and there is still about 1,000 acres (a guess because the state does not keep any data on the crop today).

Two Ohio transplants, Ralph Pomeroy and J.J. Heistand, were the first farmers to plant tobacco in Wisconsin. The location of that first tobacco field in 1844 is in some dispute — it was either in Walworth or Rock county. What isn't in doubt is that the major influx of Norwegians moving to southern and southwest Wisconsin at the time, saw tobacco as a crop they could raise profitably. Although Norwegians had no history of raising the crop in their homeland, they became known for their adoption of the crop as their own.

Family names such as Nelson, Swenson, Larson, Erickson, Halvorson, Lund, Weum, and Jacobson are forever intertwined with tobacco raising even though they may have quit raising the crop long ago.

I was born on a Waunakee dairy farm where I spent my first seven years before my dad and his brother dissolved their 200 acre, 50-cow dairy partnership and my parents bought a dairy farm near Stoughton. I’m not sure how my dad learned how to raise tobacco but we annually grew about four acres of the crop. That’s not a big acreage but about what the small family farms of the day grew because in that era it was mostly family labor that grew the crop.

Raising tobacco is labor intensive requiring a good bit of bending over as you go through the several cropping phases: Planting the seedlings that were traditionally grown under cheesecloth in beds and planted by two people sitting just above ground level on a planter and later hoeing is step one; Harvesting involves chopping each plant just above ground level and stringing the plants on lathes and hanging them in a special shed to cure. The final stage is the stripping of the leaves from the plants and pressing them into 50 pound bundles for delivery to a warehouse. 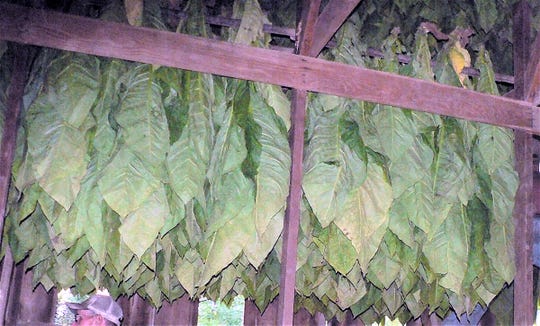 The tobacco is cured in the shed from August to December. (Photo: John Oncken)

That final stage of tobacco raising — the stripping — usually occurs in about mid December after a day or two of warmish weather called “case weather” that adds moisture to the hanging plants allowing them to be taken down, piled and hand stripped. We had one such day a couple of weeks ago and some growers took the tobacco down from the tamarack poles where it had been hanging and began the stripping process.

For some reason — perhaps just for old times sake — I annually get the urge to visit a farm that is stripping tobacco and again smell the smells and relive the largely unchanged stripping process from what I knew.

Last week I got ambitious to see if I could find someone stripping tobacco — after all it was December albeit still a bit early for serious tobacco stripping to be at full speed. I headed to the Christiana Farms strip house about a mile south of Utica knowing that if anyone would be stripping it would be the Lund brothers (Dennis,  James, Ron and Dale), always one of the big growers in the area. 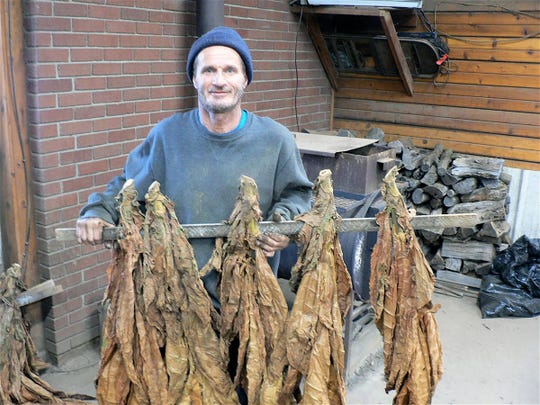 The tobacco stripping process is usually done in a devoted space — the strip house. This is most often a building  that has space to lay a pile of lathes ready for stripping, work space and a wood fired stove with a big pan on top that constantly steams to keep the tobacco moist. The Lund’s building is the best I’ve ever seen: spacious, windowless, six or eight stripping stations and with several TVs mounted high on the wall. Our strip house was a good enough building that served as a storehouse most of the year.

My brother Don and I probably did much of the stripping while my dad did chores around the barn and I don’t remember ever having hired help. We always listened to the radio and did a lot of talking. I also remember playing word games and discussing baseball. That was before TV had come into being. 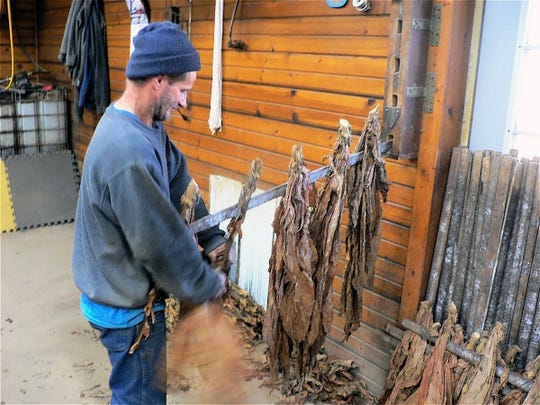 Allan Lund (no relation to the owners) has stripped tobacco for Christians Farms for decades. (Photo: John Oncken)

When I think back, we were doing something — talking — that seems to be seldom done these days, at least by my grandchildren and their friends who always have an eye on a cell phone when not texting or talking on it.

The fact that raising tobacco is hard physical work is not the only reason the number of growers has dramatically decreased in recent years. A national grower “buyout” some years ago, prompted many to get out. Prior to that, anyone could raise tobacco and sell it to a host of buyers. Now, a grower must have a production contract from a buyer or has no market. I believe Swedish Match is the only regular buyer of the Wisconsin type of tobacco with Viroqua Leaf out of Pennsylvania a minor buyer.

The companies have not offered production/marketing opportunities outside of the southern Wisconsin counties, thus the Vernon county area tobacco sheds are perennially empty.

Over the years tobacco was known as the “mortgage lifter” and helped create America’s Dairyland. It was also the crop that bought mother a new washer or refrigerator and paid the sons and daughters college tuition. Tobacco also was the crop that produced work and the first earned money for many farm kids. 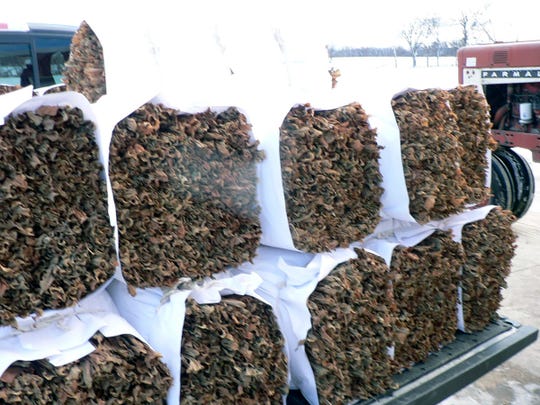 Bundles of tobacco ready to be delivered to the warehouse. (Photo: John Oncken)

Perhaps because of all the obstacles to raising tobacco: labor shortages, fewer farmers and public outcry, the world market is apparently short of tobacco, and there is demand.

Most of the remaining Wisconsin growers have raised tobacco for a long time and see the crop not only as an income source, but as part of their heritage and family tradition.

And no, Wisconsin grown tobacco is not used for smoking. Oh, there was a time, maybe 100 years ago when some was used in cigars. It mostly goes into chewing tobacco (Redman is a Swedish Match product) and what is called snoos or snuff.

Yes, tobacco was a big business at one time. Edgerton alone employed more than 1,000 people sorting tobacco in some 45 warehouses, some of which have been refashioned into business or apartments and still stand.

If you grew up raising tobacco you have fond memories of hot, sweaty and long days raising the crop. And, a long-lasting pride in knowing that you did it and survived.  I know, I did it.

John Oncken is owner of Oncken Communications. He can be reached at 608-572-0747, or email him atjfodairy2@gmail.com.