Saying goodbye to Pete the cat

Fourteen years of living together, a person can’t help but get attached to a cat.

Saying goodbye to Pete the cat 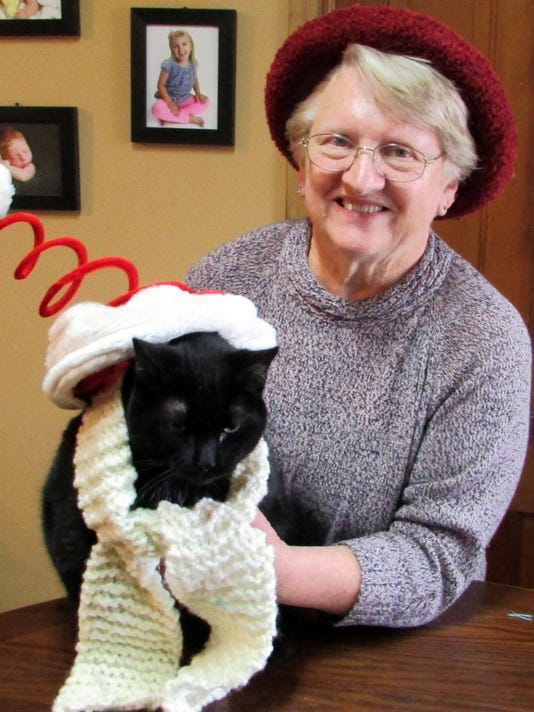 Fourteen years of living together, a person can’t help but get attached to a cat. Our friend, Pete (Peter Michael Manzke, as named by our daughter Rebecca) has now gone over the rainbow bridge.

Pete started life with us as a kitten with his brother Othello all those years ago. A friend’s cat had a litter and she was looking for good homes for the last two. For some odd reason I said we’d take them both.

The runt of the litter was Pete. Othello was twice his size. Well that changed as Pete grew and while Othello stayed lean and thin, Pete became a heavyweight — you knew when Pete walked across you at night. He left footprints.

Besides the difference in weight, there were other distinctions Pete had. His canine teeth were extra-long and sharp. If Pete decided he didn’t want to be brushed, he used those teeth to let me know. Many times he caught me with those vampire teeth, leaving me trying to stem the flow of blood while he walked calmly away.

It wasn’t long after the brothers took up residence here when Bob had his multiple heart bypass surgery. When Bob came home for recovery the two kittens entertained him by chasing each other around the house.

One night my husband thought he had a setback. He couldn’t move his legs. It turned out that both cats had settled down for the night, sleeping across his legs. It was something we could laugh about.

Both cats have always liked Bob best. When Bob’s ready to kick back in his recliner, the cats race to see who gets to nestle on his chest — they’ve never liked sharing Bob, so only one at a time.

Some summers ago Pete had an accident.

It was a lovely warm August day in 2012. The cats had been sunning themselves on our enclosed back porch — they would bask there for hours, absorbing as much sunlight as possible.

All the windows were open in the house. It was so nice having a cool breeze that day, except that breezed cause big problems.

As I was walking into the kitchen, a draft caught hold of the door and slammed it shut. Pete had almost made it through the opening, all of him except for the last three inches of his tail. The door had caught that and taken it off.

Poor Pete streaked through the house, trailing blood everywhere. We had a hard time catching that cat, but when we did we took him to the vet.

They patched up what was left of Pete’s tail, removing the bone that was sticking out. There was no reconnecting the tip of his tail.

Too bad for all of us, Pete couldn’t leave his tail alone — we ended up with more blood every time he removed the bandages, even while wearing a cone. In the end he had to wear a larger cone, which he hated. Often he misjudged openings and bammed into doors and walls. He was not a happy camper.

I expected Pete to hate me after this accident, but he never held a grudge. He knew who fed him and gave him treats.

One would think that Pete would also remember the door chopping off his tail. Nope, again. Many times he would saunter through as I held the door open for him, stopping part way — the rest of his tail could have been taken off during any one of these stops, but luckily it wasn’t.

A few years ago Pete developed diabetes and received an insulin shot morning and night. He didn’t mind this either.

Then it happened. Our treat eating Pete gave up treats about two weeks ago. I thought he had a bad tooth that needed pulling. The vet said Pete had jaw cancer.

Bob and I said our teary goodbyes as he went to sleep this morning.

Goodbye, old friend. You will be missed.