Looking back at 2017, a year of turmoil for agriculture

Looking back at the issues that shaped agriculture in 2017.

Looking back at 2017, a year of turmoil for agriculture 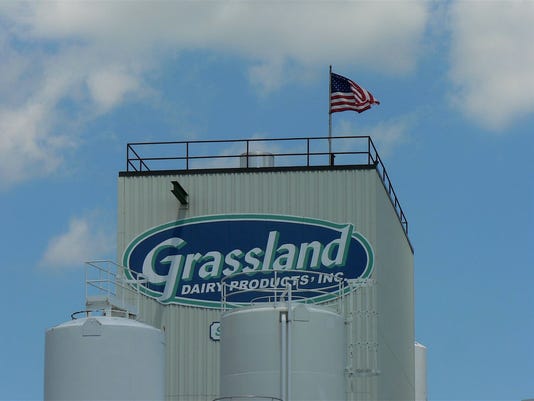 At issue are changes in Canadian policy that make it harder for U.S. dairy processors - like Grassland Dairy Products of Greenwood - to sell their ultra-filtered milk, used to make cheese, in Canada.(Photo: John Oncken file photo)

When I took this position with the Wisconsin State Farmer at the end of March, I never imagined 2017 would hold as much turmoil for the agriculture industry as it has. Growing up on a dairy farm in Washington County more than 30 years ago, was a far cry different than what farmers face today.

As a child, I felt secure knowing there would always be food on the table and a roof over our heads, however, that security was rattled for many farmers last year as Grassland Dairy Products informed a group of its milk producers that it would no longer be accepting their milk effective May 1, 2017. When Mullins Cheese took on some of the producers, I easily imagined the relief those farmers felt.

Even as displaced producers found a place for their milk, talks of oversupply and Canadian trade policy clouded the rest of 2017.

Threats of the United States pulling out of "North American Free Trade Agreement" (NAFTA) added to stress for farmers, prompting numerous dairy groups showing support for free trade throughout the year. According to the U.S. Chamber of Commerce, Wisconsin would be the second hardest hit state in the nation if the U.S. were to withdraw from NAFTA, affecting agriculture and manufacturing alike.

As if finding a market for agricultural products isn't hard enough, hiring workers to milk cows, harvest crops and provide labor for the endless tasks associated with farming became even harder as the realities of Donald Trump's presidency took hold.

It was hard to find reliable farm help in the 70s on a small family farm. We would make bets on which hired hands would return for a second hot, dirty day of baling hay.

With a growing number of large concentrated animal feeding operations, immigrants have become the "backbone of dairies." Fear of deportation among immigrant workers throws another layer of stress on America's farmers as they search for many hands to do the work necessary to feed the country.

Mother Nature hasn't done much to help farmers in 2017 either. Hurricanes in Florida and Texas, drought in the midwest and a late wet start for Wisconsin farmers have wreaked agricultural havoc. However, farmers are a resilient, dependable group and many responded to provide hay to farmers and Wisconsin cheese to hurricane victims.

We may well feel the effects of these natural disasters into 2018 at the breakfast table as we drink orange juice or through insurance rates as insurance companies pay out billions to those hit by disaster.

Added to those difficulties, farmers battling weeds that have become resistant to Roundup eagerly looked forward to using Dicamba, only to be hit by the backlash of chemical drift affecting other crops.

Once farmers survive Mother Nature's wrath, have enough hired hands to get crops planted and harvested and cows milked, products head to market for yet another set of challenges with food labeling.

When I was a kid, milk was milk, as in white coming from an animal. Now there is controversy with drink labeling and confusing labeling touting GMO free products among other ag-related controversies.

Farmers searching for markets may have found relief in growing corn for ethanol production, however, that also took a couple of hits during 2017. 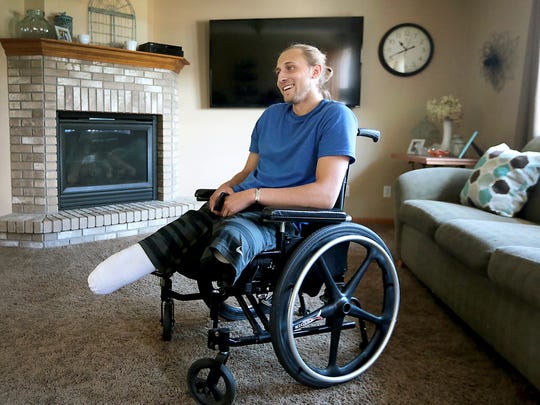 Collin VanderGalien, who lost both of his legs in an explosion at the Didion Milling Plant in Cambria, Wis. in May, is pictured at his home in Randolph, Wis., Wednesday, Aug. 9, 2017. Vander Galien has received prosthetic legs in his continuing recovery. (Photo: John Hart, AP)

A May 2017 blast killed five people working at Didion Milling, in Cambria, and left one man with no legs. Didion faces $1.8 million in fines from the incident, but says it will fight the citations.

In November, a UW-Madison study reported increased global warming due to ethanol production, which was strongly disputed by officials in the ethanol industry.

So where is the bright spot for farmers in 2018? 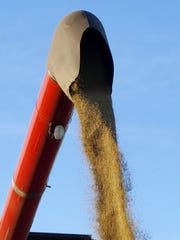 Farmers interested in growing industrial hemp should make sure they have a contract in place for any type of large acerage.  (Photo: Legacy Hemp LLC)

While many issues from 2017 will continue to haunt farmers into the New Year, one bright spot appeared in Wisconsin when Governor Scott Walker legalized growing industrial hemp. In a state once known for its hemp production, farmers are excited to explore another market option to give them diversity in these challenging times.

In the nine months since I joined the Farmer staff, I've seen heartbreaking stress, all-consuming worry, however, I've also seen agricultural changes related to technology that are exciting and farming methods that are innovative and responsible.

I've seen a group of professionals trying to educate the public and spread the word about good things in agriculture. It's not necessarily an easy task for a quiet, often introverted group who run out of energy and time before running out of work.

Farming like any other industry grows and changes, but one aspect remains the same. The dedication, passion and hard work of all farmers remains steadfast as they feed the country, feed the world, asking only what is fair so they can continue their profession for years to come.