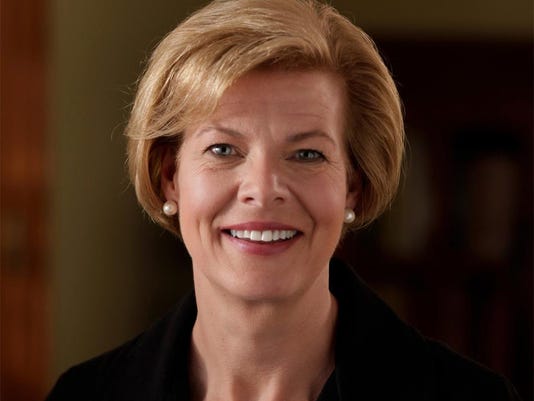 Senator Baldwin’s actions came at a time when the Trump administration and EPA considered major biofuels policy changes that sent confusing signals to industry leaders, causing uncertainty for biofuels businesses, fuel retailers and farmers. In an October letter to the EPA, Senator Baldwin joined a bipartisan group of senators led by Senator Heidi Heitkamp (D-ND) to oppose changes that could cause near-term job losses and discourage investment in capacity and new fuel development.

“This year we have seen a slew of attacks on biofuels, which are a key part of Wisconsin’s farm economy.  I am proud that we fought off the worst of those policy changes and that EPA reversed its proposal to undermine this important industry,” said Senator Baldwin. “Unfortunately, big oil companies will continue to attack the biofuel industry and the growth of renewable fuels. I will fight for Wisconsin farmers and the health of our rural economy by promoting strong renewable fuel obligations and the deployment of advanced biofuels.”

In October, Senator Baldwin joined 38 senate colleagues in a separate bipartisan letter led by Senator Amy Klobuchar (D-MN) to EPA Administrator Scott Pruitt on the proposed level of biofuels to be blended into fuels in 2018 under RFS, writing:

“If done right, this rule is an opportunity to continue our nation’s path to be not only the world leader in first generation ethanol production, but also in cellulosic ethanol and advanced biofuel production by spurring investment and manufacturing here in the United States rather than overseas. We urge you to continue to implement the RFS as intended by Congress and release a strong final rule that would give consumers more choices at the pump, strengthen our economy and make our country more secure.”

Senator Baldwin is also a cosponsor of the bipartisan Consumer and Fuel Retailer Choice Act (S. 517), which would expand the use of biofuel by allowing consumers to buy certain biofuel blends year-round, ending an overly-restrictive policy that increases fuel costs for consumers. In March, she urged President Trump to continue to assign fuel importers and refiners responsibility for incorporating biofuels into petroleum fuel blends.

The EPA recently announced it had sided with farm-state representatives including Senator Baldwin and the biofuels industry and rejected a petition to reassign responsibility for renewable fuel blending from refiners and importers to fuel retailers, a move that would have undermined the biofuels industry.