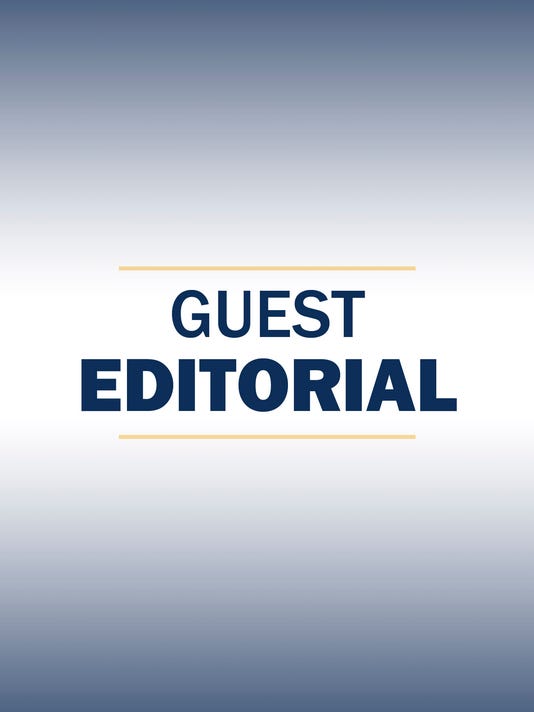 Last week you published a letter attacking Sen. Tammy Baldwin’s support of returning wolf management to Wisconsin’s DNR. Ms. Elizabeth Huntley Roberts of Georgia made outlandish claims in her letter that cannot be backed up with any facts.

In reality, Sen. Baldwin has done the right thing in supporting science-based management of Wisconsin’s wolf pack. In doing so she has not only sided with farmers and hunters who are her constituents, but has also sided with the scientific consensus both within the DNR and at the US Fish and Wildlife Service which for years has concluded that wolves are no longer an endangered species in Wisconsin.

Ms. Huntley Roberts has clearly never hunted or farmed in the north woods or perhaps even met a bear hunter or cattle rancher. Her commentary was filled with inaccuracies and outright falsehoods.

She claims that in the Northeastern region of the United States there were very few wolf depredations of cattle in 2010. So what? What about the severe losses in Northern Wisconsin in 2016?

She indicates that only one pet dog was killed by wolves in 2016 – the actual number is approaching 50.

She claims – without any source or statistic – that this year there are more hounds involved in bear training because a $14 fee was eliminated. When a hound can cost over $2000 and the other expenses involved in hound training can be extensive, there is absolutely no way that a $14 fee had ANY effect on the number of hounds in the woods. In fact, many bear hunters are choosing NOT to hunt in Wisconsin because of the increasing risk of losing their pet to a wolf pack.

She claims that wolf populations were identical in 2012 – but no one who farms or hunts in Northern Wisconsin believes that. With no wolf management allowed for the last 2 years, the number and aggressiveness of wolves has increased dramatically. And she conveniently picks the one year in which only 7 dogs were reported depredated — the average has been increasing over the last 20 years, closely matching the increase in the wolf population.

Also she makes the outlandish claim that deer populations have not been affected by wolf populations in the northern forests. I challenge her to find even one single hunter from that area who would agree with that statement.

Finally, Ms. Huntley Roberts makes the most irresponsible statement of all — that when the Wisconsin DNR was in charge of managing the wolf population there was an “unprecedented slaughter of wolves” by dog fighting, and other means. Dog fighting is illegal in Wisconsin and there is absolutely not ONE shred of evidence that anything like that ever occurred during the wolf season. The fact is that after three successful wolf seasons the overwinter minimum wolf count went from about 800 wolves to about 700 wolves. After two years of no hunting, that number is now estimated by the DNR to be almost 900, but we believe it to be much higher than that.

An unmanaged wolf pack is a problem for Wisconsin citizens in wolf country who want to enjoy the outdoors or make a living on a farm. A wolf pack managed by science, will ensure that the wolves and humans can live together in harmony for decades to come.

Tammy Baldwin has done the right thing and the Wisconsin Bear Hunters Association joins many others in thanking her for taking the right stand.

Schoettel is President of the Wisconsin Bear Hunters Association