Although fewer cows are being milked across the U.S., production continues to climb 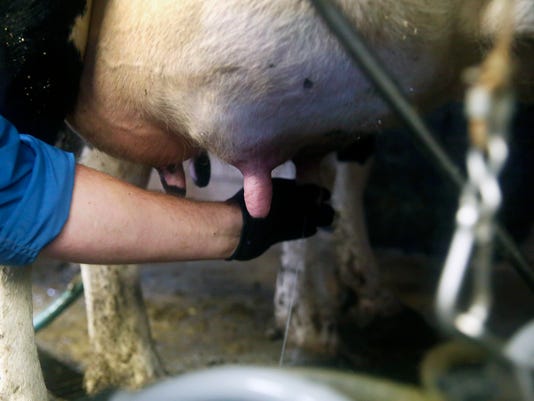 Although fewer cows are being milked across the U.S., production continues to climb.(Photo: Stephanie Klein-Davis, AP)

Milk production continues to inch upward after leveling off earlier this spring.

According to the USDA July milk production report, Wisconsin cows produced 2.62 billion pounds of milk in July, up 1 percent from a year ago.

This is the third month in a row that Wisconsin dairy producers have seen an increase in milk production. This trend was mirrored in national production numbers. According to the report, U.S. milk production in July totaled 17.3 billion pounds, up 0.4 percent from last  year.