State and federal level legislative agriculture-related policies at differing stages of implementation were reviewed by the Wisconsin Farm Bureau. 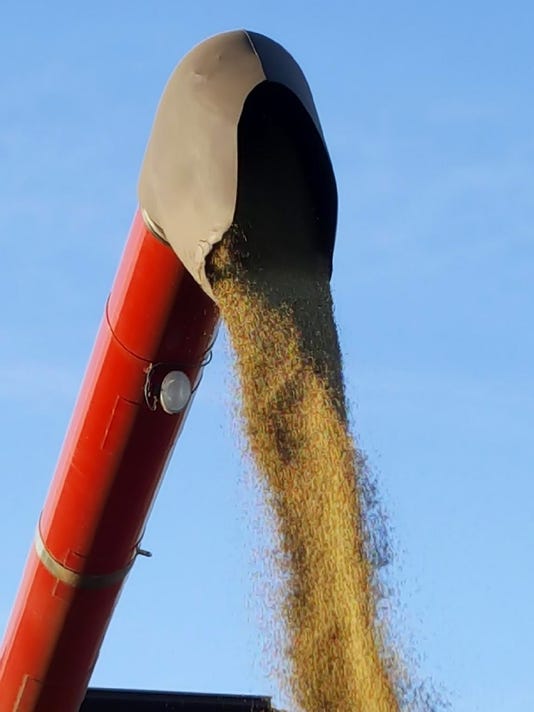 Applications for hemp licenses in Wisconsin are due May 1 to the Wisconsin Department of Agriculture, Trade and Consumer Protection. Farmers interested in growing industrial hemp should make sure they have a contract in place for any type of large acreage.(Photo: Legacy Hemp LLC)

If only from a regulatory standpoint, one item was the restoration of the legal right to grow industrial hemp in Wisconsin, Richard pointed out. He referred to the Department of Agriculture, Trade, and Consumer Protection (DATCP) announcement of implementation rules on Friday, March 2. Titled ATCP 22, it requires a license (minimum fee of $150) for which the application deadline is May 1.

This reversal, which would authorize the first legal raising of industrial hemp in the state since 1957, is rooted in the 2014 federal Farm Bill and Wisconsin's Act 100, which was approved on November 30, 2017, Richard observed. In 2018 at least, all of the industrial hemp that would be grown in the state would technically be treated as a pilot research program overseen by DATCP, he stated.

During several mid-winter weeks, Richard said he was spending up to “90 percent of his time” on questions and meetings about industrial hemp. The legalized growing of the crop is still being hindered because doing so is “so messed up at the federal level,” he commented.

That's because, based on legislation dating to 1937 and 1970, the federal Drug Enforcement Agency (DEA) still views industrial hemp as the equivalent of marijuana, thereby classifying it an illegal substance, Richard explained. He said the DEA's stance is very questionable because industrial hemp has a THC content of only .3 percent.

Related: Next steps for hemp in Wisconsin

With the support of five members from Wisconsin, the Farm Bureau hopes that Congress will overturn the DEA's refusal to change its legal stance, he added.

Among the 34 states which have approved or considered legislation on behalf of industrial hemp in the wake of the 2014 Farm Bill, Richard stated that Wisconsin has been among the most aggressive in resuming production. He cited the state's history of being a leading producer from 1937 to 1957 along with its suitable soils, weather, and processing facilities.

Market prices for major crops grown in Wisconsin are prompting farmers to look for other crops and better sources of income, including industrial hemp. (Photo: Legacy Hemp LLC)

In addition to the state's heritage of growing industrial hemp, Richard said the low market prices for the major crops grown in the state are prompting farmers to look for other crops and better sources of income. On that point, he emphasized that protecting existing export outlets and the basic provisions of the North American Free Trade Agreement (NAFTA) is essential for the agriculture sector.

Along with other organizations, the Farm Bureau is clinging to hopes that Congress will reach an agreement to clarify the legal status of immigrants, Richard continued. He cited the proposal by retiring Cong. Bob Goodlatte (R-Virginia), who is the chairman of the judiciary committee in the House of Representatives.

Goodlatte proposes an H-2C program that would provide a year-round opening for immigrants working in the agriculture sector, Richard indicated. It would replace the existing limited period H-2A program with the availability of 450,000 visas good for three years before requiring a “touch back” to one's home country.

Richard acknowledged that getting any proposal through Congress will be very difficult. He cited the recent failure of four very differing proposals to obtain the necessary 60 votes in the United States Senate.

On another federal proposal, Richard mentioned the Farm Bureau's support for the potential of a $50 million appropriation over 20 years for a rural economic development program for which at least 50 Wisconsin counties would be eligible.

Related: Positive step forward at Ag Day at the Capitol

With the goal of producing at least 30 billion pounds of milk in Wisconsin having already been reached in the past two years, the state has an overage of about $700,000 in the funding which was approved for reaching that goal, Richard reported. He said steps are being taken to redirect the so-called 30/20 funds to scholarships for students in farm programs at technical schools and for the University of Wisconsin – Madison Farm Short Course.

State funding of up to $250,000 annually for the farmer-led watershed conservation grants is a great program, Richard observed. He noted that 42 such projects were created during the past three years.

Richard also mentioned the Farm Bureau's support for an additional $100,000 funding for the Wisconsin Livestock Identification Consortium. To aid in the tracking of livestock mainly in cases of communicable disease, the WLIC handles the registration of premises where livestock are housed.

Pending any changes in a legislative review, the Department of Natural Resources (DNR) revisions in its NR 151 administrative code will take effect in all or part of 15 Wisconsin counties which have the karst topography associated with the Niagara Escarpment, Richard stated.

Those changes will affect what manure application practices will be allowed on about 275,000 acres with soil depths of 2 to 20 feet to bedrock, Richard indicated. Soil types and depth, manure application method and volumes, and distances to surface waters and outlets to underground water will all be factors, he explained.

Richard heralded the decision to end the DNR's right of review on the repair, replacement, or change of ownership of existing high capacity wells. He also cited the July 31, 2017 settlement of the Dairy Business Association's suit against the DNR which now allows a case by case rather than blanket regulation on rainwater runoff management and vegetative treatment sites on farmsteads.

The Department of Natural Resources (DNR) revisions in its NR 151 administrative code will affect what manure application practices will be allowed on about 275,000 acres with soil depths of 2 to 20 feet to bedrock in some Wisconsin counties. (Photo: Wisconsin State Farmer file)

On a related point, Richard applauded the proposal by Wisconsin Gov. Scott Walker to move the inspection of the state's nearly 300 confined animal feeding operations (CAFOs) from the DNR to DATCP – a practice already in place in Oklahoma, Oregon, and Washington. The DNR would retain control of wells, wetlands, and construction site stormwater management but this switch on supervision of CAFOs would have to be approved the federal Environmental Protection Agency, he observed.

Wisconsin's wetland revisions bill, set to be signed by Walker, would potentially affect about 100,000 acres in and near urban areas compared to about 1 million acres in the original proposal, Richard pointed out.

On how the new legislation pertains directly to agriculture, Richard said it would allow farmers to fill in low spots on their crop acres. In addition, it would allow the removal of artificial wetlands that were created in farmyards and in urban locations, he observed.

Richard asked the meeting attendees if they were encountering any farm inspections by federal or state agencies that were not directly linked to existing codes. He urged everyone having such an experience to report it to the Farm Bureau or to their commodity production organization.

Considering all of the challenges and uncertainties that he had reviewed, Richard asked “Why farm?” – a question for which he admitted he didn't have the answer. He suggested, however, that many farmers persist because they are passionate about farming, view it as a family tradition, or have it “in their blood.”