By the beginning of the 19th century, tuberculosis, also known as consumption, had killed one in seven of all people that had ever lived. 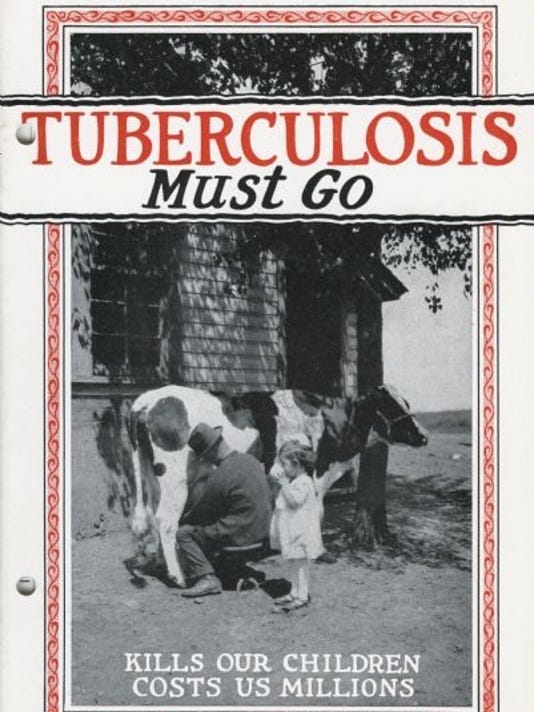 Cover of a booklet produced by International Harvester's Agricultural Extension Department to help prevent the spread of tuberculosis. Includes the text: "tuberculosis must go: kills our children, costs us millions." Also, includes an image of a man milking a cow while a young girl drinks a glass of milk.(Photo: Courtesy of the Sheboygan County Historical Research Center)

The 19th century was an era filled with one horrid epidemic after another. Cholera, plague, smallpox, yellow fever, influenza, measles: these decimated the rapidly growing populations of the 1800s. They killed thousands and then quietly retreated for a generation or two. Contagion was poorly understood, immunity would fade, and another wave would return to kill thousands more.

Tuberculosis was altogether different. It was not an epidemic but an endemic disease. It didn’t come in waves or explode through a population; its existence was constant, quiet and persistent. Though it afflicted civilization for thousands of years, in the 19th century it went on a rampage, so much so that it was known as the White Plague.

By the beginning of the 19th century, tuberculosis, also known as consumption and the wasting disease, had killed one in seven of all people that had ever lived. As the body became starved of oxygen, one lost weight and energy. Before the cause of the disease was known, people saw their family members slowly 'consumed' by the disease, hence the name 'consumption.' Consumptive patients sought cures in sanatoriums, where it was believed that rest and a healthful climate could change the course of the disease.

But, statistics were grim. Once diagnosed, 67 percent of patients would eventually die.

We are most familiar with pulmonary TB, the strain that affects the lungs and is very contagious.

Not contagious, it is a form of the disease spread through consumption of tainted beef and dairy products. Children were very vulnerable of course due to their milk intake.

Rarely seen today in the United States, non-pulmonary TB presented differently but was just as fatal. 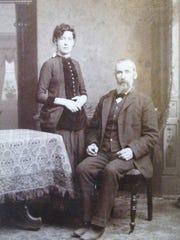 John and daughter, Maggie Murray. Maggie was one of many siblings who perished from non-pulmonary tuberculosis. (Photo: Courtesy of the Sheboygan County Historical Research Center)

During the early to mid-1800s large numbers of milking cows were infected with bovine tuberculosis and during milking, the milk could be contaminated.

In 1882, a few years after he discovered the bacillus responsible for anthrax, German physician Robert Koch discovered the organization which caused tuberculosis. Suddenly, contaminated raw milk and its role in high infant mortality rates became much clearer. Milk was an efficient carrier of the disease.

The pasteurization of milk didn't come into practice until the late 1800s when the milk-borne illness was a major problem. Pasteurization, a low-temperature, long-time process, was first developed to kill the tuberculosis pathogen. By 1917, it was mandatory for milk. After that, the incidence of tuberculosis contracted from milk fell dramatically. Non-pulmonary TB disappeared.

Over the years, an argument has ensued about whether it’s possible for humans to contract a bovine disease. It seems we share 99.95 percent of gene sequences with cows, and after much research, it has been found that M. bovis mutated or evolved from M. tuberculosis, and not the other way around. In other words, the cows, long ago, caught the disease from humans. And later, through contaminated milk, sent it back to humans. 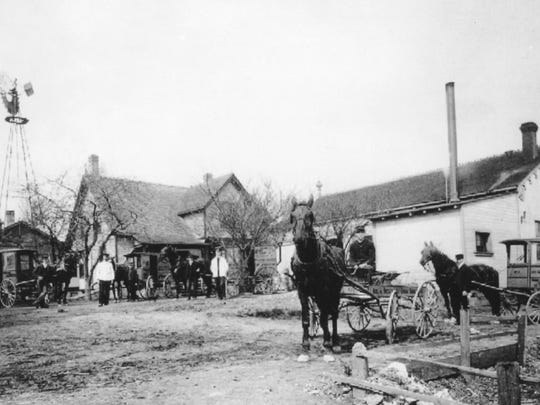 Hoekstra Dairy of Sheboygan. A January 6, 1909 Sheboygan Press article entitled Germs in Milk announced that George S. Hoekstra, Sheboygan, was the only one who had a pasteurization plant. Hoekstra Dairy, one of Sheboygan's earliest dairies, served its customers with a half-dozen horse-drawn delivery wagons beginning about 1895. Located on the west side of North Eleventh Street between Erie and St. Clair Avenues, George Hoekstra began his business when bottled milk was unheard of. (Photo: Courtesy of the Sheboygan County Historical Research Center)

An example of the deadliness of non-pulmonary tuberculosis involves the John and Mary O’Reilly Murray family of the town of Mitchell. John immigrated from Ballina, County Mayo, Ireland with his family in the 1840s. His wife, Mary O’Reilly, was a first-generation American, her family coming from County Meath, Ireland in 1844. The couple had thirteen children born between the years 1875 and 1897.

A terrible story, the deadliness becomes apparent as you walk St. Michaels Cemetery in Mitchell. This family populates much of the front row. Most of these children were in their twenties. Some had families of their own. So many lives gone, because of tainted milk.

Today, stricter inspection, improved housing for cattle, closed milking systems, closed herds, better herd health, and pasteurization have pretty much eradicated the spread of bovine tuberculosis to humans. The Raw Milk movement brings back some of the concerns we once had with milk quality. Depending on who you listen to, the jury is still out on the issue, but one imagines the Murray family would gladly go back and pasteurize their milk. 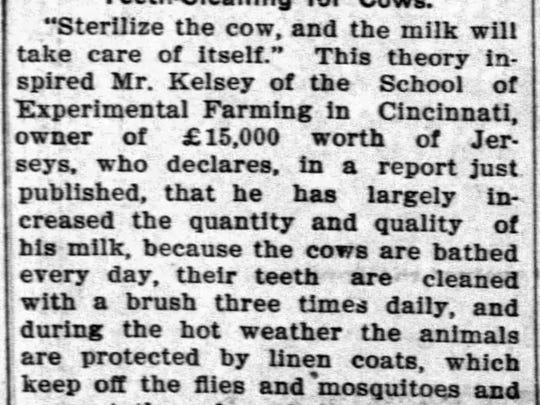