Ag news across the state of Wisconsin. 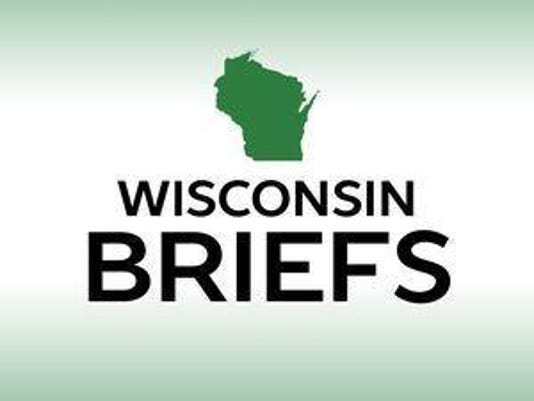 The WI Champion Auctioneer is chosen each year at the WI State Fair and then goes on to represent WI at the National Auctioneers Association competition.

There are 10 semi-finalist auctioneers vying for the title this year. These 10 contestants won that chance at being the best Top 10 at the WAA 2017 Convention in a preliminary contest.

The La Crosse County Sheriff's Office says Lake Neshonoc at West Salem is closed to all boat traffic because it has spilled its banks in some locations.

Gov. Scott Walker planned to tour flood damage in the Trempealeau County city of Arcadia and the village of Ontario in Vernon County Friday.

Dodge County Extension will be hosting an educational beef workshop from 6 to 8 p.m. on Aug.1, at Equity Livestock - Lomira, N11579 Industrial Drive, Lomira.

This workshop is designed to help beef producers and beef finishers learn more about producing and growing a quality beef product that meets the demands of the buyer and consumer. Dr. Sara Hanson de Peralta, DVM, from Mayville Animal Clinic will discuss breeding soundness exams as well as how to make sure bulls are ready for the breeding season. Dodge County UW-Extension Dairy and Livestock Agent Amanda Young will talk about maximizing the herd’s heterosis or hybrid vigor through crossbreeding.

Equity Livestock will lead a discussion in what the buyers are looking for in feedlot and finished cattle. Finally, Lyssa Seefeldt, UW-Extension educator from Marquette County, will talk about-facing the finances: and managing in tough times. RSVP to Dodge County UW-Extension by calling 920-386-3790.

"Our thoughts and prayers are with the victims of the flooding," Walker said. "I have instructed state agencies and the Wisconsin National Guard to help those affected by the flooding and to continue to provide resources to assist with the response and recovery efforts. I thank the Wisconsin National Guard, Wisconsin Emergency Management, and all state agencies for their coordinated response to this emergency."

Meanwhile, the governor directed state agencies to help those affected by the storms and called the Wisconsin National Guard to state active duty.

Two people are hurt after a tractor and a sports utility vehicle collided near Spencer on July 23.

According to the Marathon County Sheriff's Department, the accident happened at 1:20 p.m. on Highway 153 in the town of Brighton.

Reports say two people were transported to an area hospital, but the extent of their injuries has not been released.

A Marquette University biology professor is researching the possibility of growing rice commercially in Wisconsin, despite the state’s seasonally cold temperatures.

About 95 percent of rice grown in the United States is done in the warm California weather. But drought that’s affected the West is raising questions about how the thirsty crop will be sustained.

Schlappi initially built four rice paddies on the roof of the university. He later moved the project to a Mequon Nature Preserve pond, where he connected with Hmong refugees who had experience growing rice.

Schlappi is also working with the university’s business and communications department to find a market for Wisconsin rice.