From 2012 through 2016 in Wisconsin, 3,156 sandhill cranes were shot under crop-damage permits issued by the federal government.

My friend Tom Heberlein hoped some “young, visionary leaders with the guts to try something new” would rush forth by now to rally a group like the International Crane Foundation to manage a sandhill crane hunting season in exchange for the hunt’s permit and application fees.

No one has seized that flag and charged the hill, but Heberlein isn’t shocked. After all, when dreaming three weeks ago of a new age in wildlife management, the professor said: “My proposal offends everyone, so it must be great. Plus, because you’re writing about it, they’ll blame you for it and leave me to my retirement.”

Well, the plan didn’t offend everyone, at least not initially. Rich Beilfuss, president/CEO of the International Crane Foundation, said he applauds ideas that seek “common ground among those who love the Wisconsin outdoors.” Still, Beilfuss and the ICF don’t support a sandhill crane hunt, and he doubts the Department of Natural Resources would ever cede any wildlife-management duties to an outside group, no matter how deep its science. 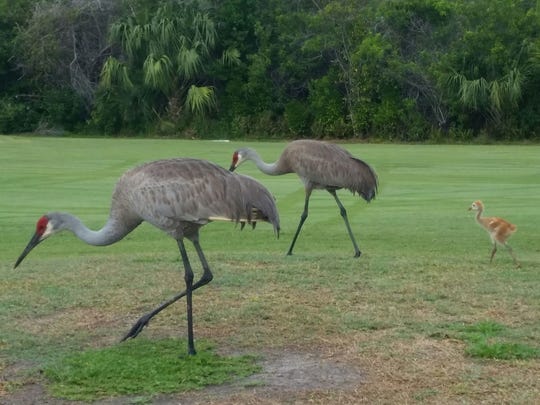 Julie Langenberg, a former DNR wildlife veterinarian and retired ICF biologist, also liked the idea. Although she thought it unrealistic, she said “it could open the conversation to include new voices,” and perhaps give the state’s diverse citizens “real opportunities to get informed and have input.”

Langenberg and Beilfuss also liked that Heberlein pushed ideas, not myths, to make his case. For instance, he never claimed a fall hunting season would solve crane-caused crop damage, most of which occurs in spring. And even though Beilfuss opposes a crane hunt in Wisconsin, he concedes some who want to hunt sandhills would draw a “deep, spiritual or emotional value” from the experience.

OK. Good start. The professor got folks thinking and talking.

He was also right that readers would blame me for his idea, not him. Two days of constructive emails soon gave way to toxins. “WTF are you thinking? You advocate shooting these majestic birds to make a few bucks to study them! Why don’t we have a hunting season on puppies and give the license money to the Humane Society?”

Another dusted off old stereotypes: “Because it moves we should kill it? How do you justify this? Does it make you feel powerful and manly to shoot some creature who’s just trying to survive in an ever-decreasing wildlife environment?”

And yet another reader got goofy: “What’s next? How about robins, or something more sporty like hummingbirds? All of your past drivel shows your political leanings: first Reagan, now a Trumpist.”

Sigh. So much for fresh voices in a new age of mutual respect and cooperative, pioneering endeavors.

In fact, when looking at this region’s sandhill crane population, we should also include Ontario, Michigan and Minnesota in the body count. Kent Van Horn, the DNR’s migratory bird chieftain, said it’s likely 2,000 to 3,000 of the Upper Great Lakes’ roughly 100,000 sandhill cranes die of shotgun blasts each year.

And none of those beautiful, majestic, delicious birds gets legally plucked or skinned, smoked or deboned, or in some other way turned into “flying ribeyes.” By law, their bodies are supposed to be burned or buried, but many are likely left lying where they fall, only to rot and feed scavengers. 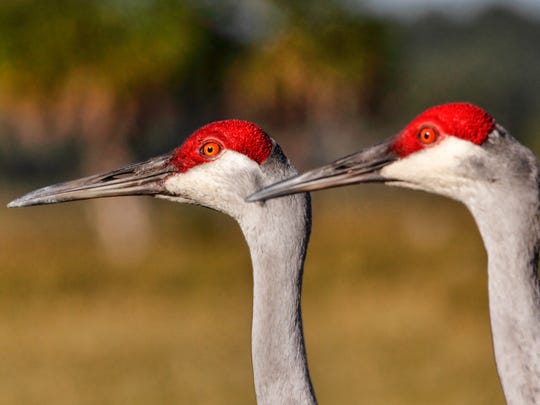 How can this be? Well, when farmers see sandhill cranes extracting and eating row upon row of freshly planted corn seeds, or spearing and coring row upon row of ripe potatoes, they ask the U.S. Department of Agriculture for help deterring the cranes, or killing them if they can’t be deterred. Then they file paperwork with the U.S. Fish and Wildlife Service for a shooting permit and a kill quota. The DNR gets a heads-up, but because sandhill cranes are international migratory birds and the F&WS has jurisdiction, the DNR has little or no standing to block the federal permit.

The permits require that killed cranes cannot be “used,” either as food or as taxidermied mounts for personal use. Why? The feds don’t want their kill permits to become clandestine hunting permits.

Most crop-depredation shooting permits get filled in spring, which concerns Beilfuss and the ICF. Sandhills don’t breed until age 3 or 4, at which time they pair, get territorial and tend nests in spring. Meanwhile, younger, unattached, nonbreeding sandhills move about in flocks to forage. Unless shooters study each situation carefully, they could shoot more breeding birds in spring than would ever get killed in a tightly regulated autumn hunting season.

That sounds great, but Avipel isn’t free, and the upcharge costs an estimated $8 to $10 per acre of seed corn. Plus, growers can’t always predict if or when cranes will ravage their plantings each year. In effect, individuals could spend hundreds to thousands of dollars on unnecessary seed insurance. And if they buy more treated seeds than they plant, they’re stuck with it. Treated seeds don’t necessarily carry over one year to the next.

Complicated? No doubt. We might be years away from finding cooperative ways for agencies, hunters, farmers, researchers and crane-huggers to pool their resources and creativity to protect crops from cranes, and cranes from senseless waste.

But the longer we’re stalled by false assumptions about others’ motives, the longer that crop damage and wanton waste of this natural resource will continue.

From 2012 through 2016 in Wisconsin, 3,156 sandhill cranes were shot under crop-damage permits issued by the federal government.

Patrick Durkin is a freelance writer who covers outdoors for USA TODAY NETWORK-Wisconsin. Email him at patrickdurkin56@gmail.com.