Wisconsin Master Cheesemaker program is the only advanced training program in the nation for veteran cheesemakers. 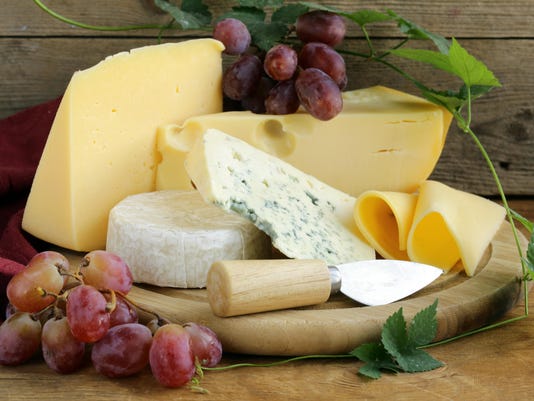 Now in its 21st year, this prestigious advanced training program is the nation’s only one of its kind for veteran cheesemakers.(Photo: Getty Images/iStockphoto)

Established in partnership with the Wisconsin Center for Dairy Research, the University of Wisconsin Department of Food Science, and the Wisconsin Milk Marketing Board (WMMB), the program now includes 65 active Wisconsin Master Cheesemakers with certifications in cheese varieties ranging from Wisconsin classics to artisan originals.

Cheesemakers who enter the rigorous three-year Master Cheesemaker Program can seek certification as Masters in up to two cheese varieties at a time. The 2017 class of Masters was formally certified at the Wisconsin Cheese Industry Conference held at the Alliant Energy Center in Madison in April.

The 2017 Wisconsin Master Cheesemakers are:

Tom Torkelson, who first graduated with Master certifications in brick and muenster in 2008, is the only returning Master in the class, adding certifications in gouda and cheddar to his résumé. Master Cheesemaker certifications forSteve Bierhals and Josh Krause bring the total number of Masters at BelGioioso Cheese to six, the most of any Wisconsin cheese company. Ryan LaGrander, a third-generation Wisconsin cheesemaker, is now the third Master Cheesemaker to follow in his father’s footsteps and earn that distinction.

“The Master’s Mark® is a symbol of the world-class quality, innovation and passion that only comes from Wisconsin Master Cheesemakers,” said Suzanne Fanning, Vice President, National Product Communication at the Wisconsin Milk Marketing Board. “The artistry, technical expertise and commitment to education of each of these seven masters is truly inspirational.”

About the Wisconsin Master Cheesemaker® Program: The Wisconsin Master Cheesemaker® Program is the most formalized, advanced training program in the nation. Patterned after European programs, it is administered by the Center for Dairy Research and funded by Wisconsin dairy producers, through WMMB. Applicants must be active, licensed Wisconsin cheesemakers with at least 10 years of experience in a Quality Assured Plant. Cheesemakers can earn certification in up to two cheese varieties each time they enroll in the three-year program and must have been making those varieties as a licensed cheesemaker for a minimum of five years prior to entering the program. Once certified, they’re entitled to use the distinctive Master’s Mark® on their product labels and in other marketing materials.