High levels of mycotoxins found in corn silage across U. S.

Corn silage samples from across the entirety of the U.S. have shown extremely high levels of mycotoxins.

High levels of mycotoxins found in corn silage across U. S. 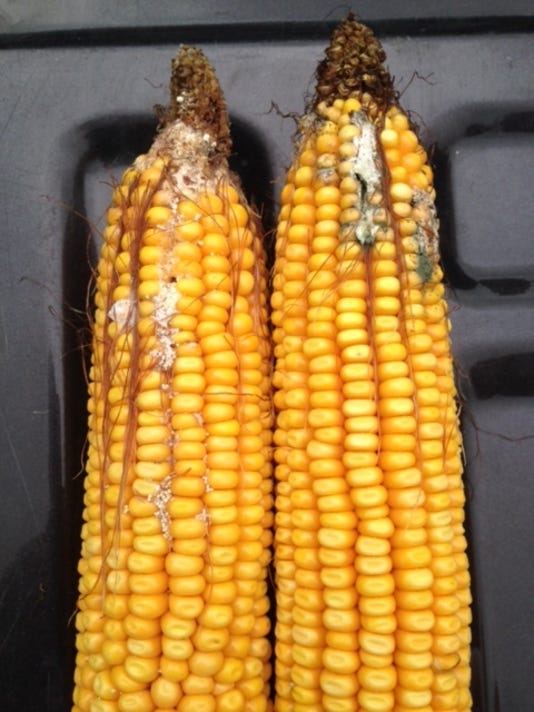 LEXINGTON, KY -  In 2016, corn growers faced challenges from mycotoxins and those challenges seem likely to show up again as they harvest this fall. The 2017 growing season was challenging across the U.S. Growers in different regions experienced varied weather conditions that could not only reduce yield, but could also increase plant stress and lead to challenges with mycotoxins.

Corn silage samples from across the entirety of the U.S. have shown extremely high levels of mycotoxins, particularly deoxynivalenol (DON), type A trichothecenes (T-2), fusaric acid and fumonisin. 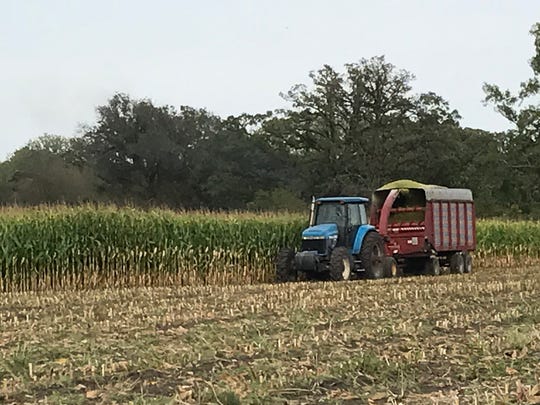 Corn silage samples from across the entirety of the U.S. have shown extremely high levels of mycotoxins, according to the Alltech 2017 Harvest Analysis. (Photo: Colleen Kottke/Wisconsin State Farmer)

Once there are mycotoxins in the crop, they will not go away. There will be higher levels of mycotoxins on farms practicing monocropping of corn, as opposed to those farms that are rotating crops or using deeper tillage methods.

Fumonisin is trending higher across all states as of this time and can have a negative impact on feed intake, gut health, liver function and immune response. Swine and horses are particularly sensitive. 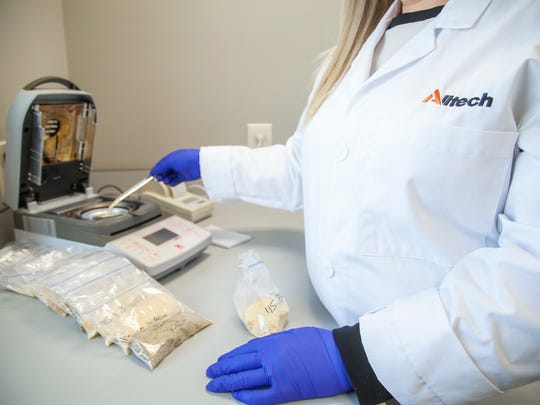 Mycotoxins are a regular concern for producers, as they influence feed quality and animal safety. They are produced by certain species of molds and can have toxic properties that impact animal health and performance.

“Understanding the risk of mycotoxins and combinations of mycotoxins, even at lower levels, allows livestock owners and managers to institute a management program for more optimum performance and health,” said Dr. Max Hawkins, nutritionist with the Alltech® Mycotoxin Management team. “Testing feedstuffs and finished feeds is paramount to putting this management program in action.”

Mycotoxins are seldom found in isolation, and when multiple mycotoxins are consumed, they may have additive, or even synergistic, interactions that increase the overall risk to performance and health. As a result, an animal may have a stronger response than what would be expected if it was only experiencing a single mycotoxin challenge.

For feedstuffs harvested in 2017 and that are currently being fed, it is important to conduct a mycotoxin analysis that identifies the storage mycotoxins, including Penicillium and Aspergillus mycotoxin groups, as there is potential for additional mycotoxins to develop during storage. Proper mycotoxin management techniques can reduce the risk of mycotoxins coming from feed materials as well as help to prevent the negative effects mycotoxins can on have animal health and performance.

Register for the webinar at go.alltech.com/alltech-2017-us-harvest-analysis.