Kylie Nickels of Watertown and Ben Buske of Brownsville recently competed at the North American International Livestock Dairy Judging Contest in Louisville, Kentucky, as members of the Wisconsin 4-H Team. At this contest, the team placed first in Reasons, Ayshires and Brown Swiss, second in Holsteins and third Overall against 21 other teams. Individually, Nickels was first in Holsteins and Second High Individual Overall and in Reasons. Buske was 11th in Ayrshires and 17th in Reasons. Emma Olstad, Stoughton, and Brianna Hall, Westby, were also members of the team.

The Dodge County 4-H Dairy Judging Team is coached by Linda Behling, Columbus; Shelly Grosenick, Watertown; Molly Sloan, Columbus; and Carrie Warmka, Fox Lake. The team and coaches would like to thank the many farms that hosted practices throughout the year and the following businesses that provided financial support traveling to competitions: Caine Petroleum, Farmers & Merchants Bank, Milwaukee Stockyards, Warmka Holsteins and Vita Plus Corporation. 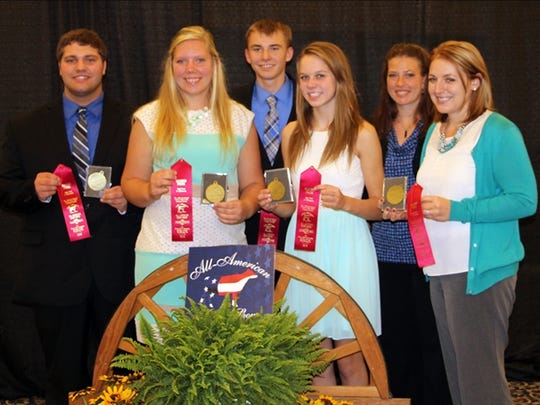