Do Hillary Clinton's three debate outfits have a patriotic theme?

Hillary Clinton wore a white suit to her third presidential debate with Donald Trump, sparking theories about the hidden significance behind her wardrobe choice.

It was pointed out that the Democratic nominee wore a red outfit at the first debate, a blue one at the second and a white one in the final debate. That's right, Clinton wore red, white and blue to the debates. Here's the proof: 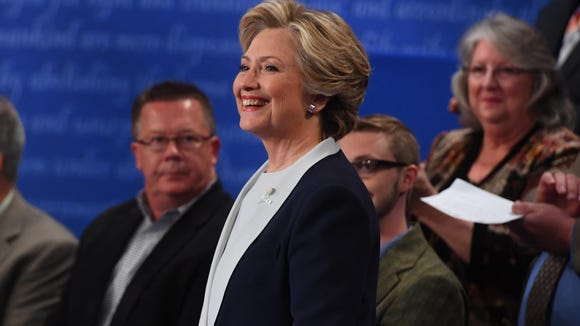 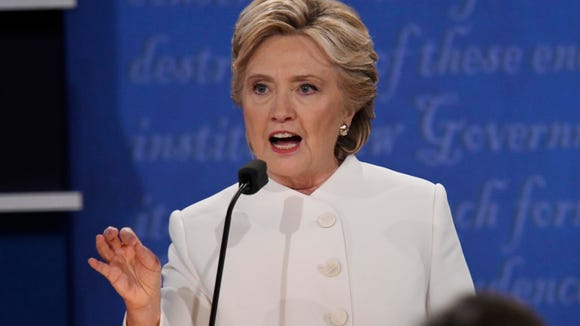 Clinton also wore white to her acceptance speech at the Democratic National Convention in July.

As USA TODAY reported in July, white was one of the three main colors of the women's suffrage movement, along with green and violet, or purple. Some believe the colors were chosen as an acronym for the slogan “Give Women the Vote."

But the symbolism doesn't stop there. “The colors adopted by the union are purple, white and gold, selected for the significance they bear in the work the union has undertaken. Purple is the color of loyalty, constancy to purpose, unswerving steadfastness to a cause. White, the emblem of purity, symbolizes the quality of our purpose," reads a mission statement for the Congressional Union for Woman Suffrage in a passage cited by The New York Times.

It's also been suggested that suffragettes wore white because its connotations of virginal purity helped shield them from the accusations of sexual immorality that were often hurled at them from the movement's opponents. The Times also noted that Geraldine Ferraro wore white when she accepted the nomination to become the first female candidate for vice president for a major American political party at the 1984 Democratic convention. 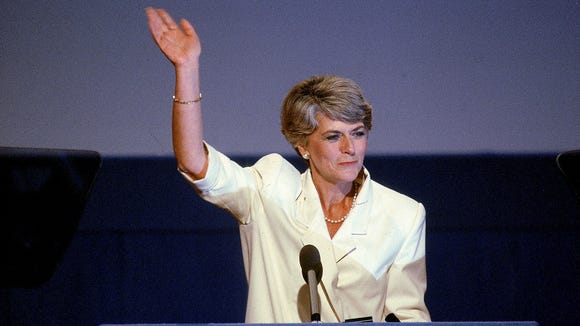 So, it appears Clinton's fashion choice deliberately invoked patriotism and the history of women's struggle for political equality in America. 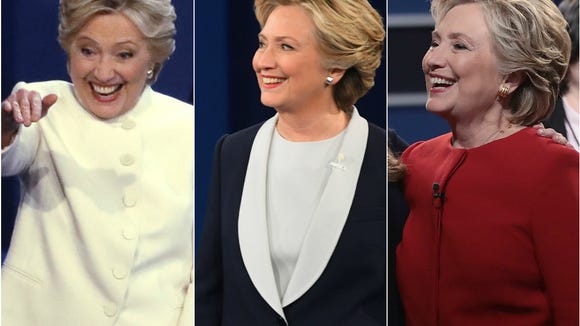 Republican presidential candidate Donald Trump looks at the audience at the conclusion of the third and final presidential debate at University of Nevada Las Vegas. Robert Hanashiro, USA TODAY
Fullscreen 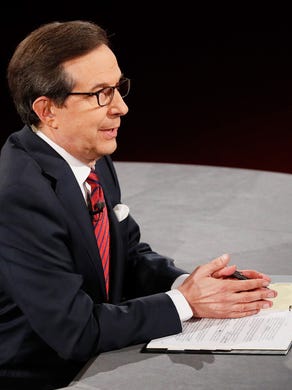 Ted Danson and Mary Steenburgen are seen in the audience before the third and final presidential debate. Robert Hanashiro, USA TODAY
Fullscreen

A worker cleans the stage prior to the start of the third presidential debate in Las Vegas. Chip Somodevilla, Getty Images
Fullscreen

Wayne Newton waves to audience members, as his wife Kathleen McCrone looks on, before for the start of the third presidential debate in Las Vegas Chip Somodevilla, Getty Images
Fullscreen

Volunteers place tags on the seats for the third and final presidential debate with Hillary Clinton and Donald Trump at the Thomas & Mack Center on the campus of the University of Nevada. Robert Hanashiro, USA TODAY
Fullscreen

Christian Ogata, left, stands in for Donald Trump and Jennifer Kennedy, right, stands in for Hillary Clinton during a rehearsal for the third presidential debate at the Thomas & Mack Center on the campus of the University of Nevada, Las Vegas. Robert Hanashiro, USA TODAY
Fullscreen

Crews work on the stage in preparation for the third presidential debate at the Thomas & Mack Center on the campus of the University of Nevada, Las Vegas, on Oct. 18. The final presidential debate takes place on Wednesday evening. Robert Hanashiro, USA TODAY
Fullscreen