Couple with no farming background has been making fresh mozzarella by hand to help the make a living on their 45-acre property in Virginia. 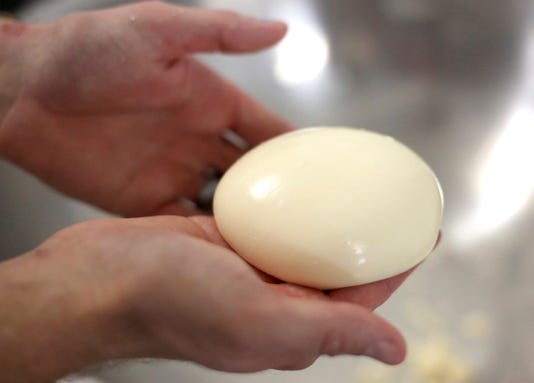 On a recent Thursday morning, Banker dipped a small basket of fresh curds into a pot of 180-degree water for a few seconds, then kneaded and folded the resulting pliable mass. The process looked a lot like making bread.

"It's not too bad," Banker says of the hot mass forming between his bare fingers.

Over and over again, Banker dipped and stretched, until he'd formed about 35 pounds of mozzarella. Those finished fresh cheeses floating in whey will travel from just outside Pearisburg in Giles County to the Blacksburg Farmers Market and Eats Natural Foods, as well as Harvest Moon Food Store in Floyd and the Roanoke Co+op. 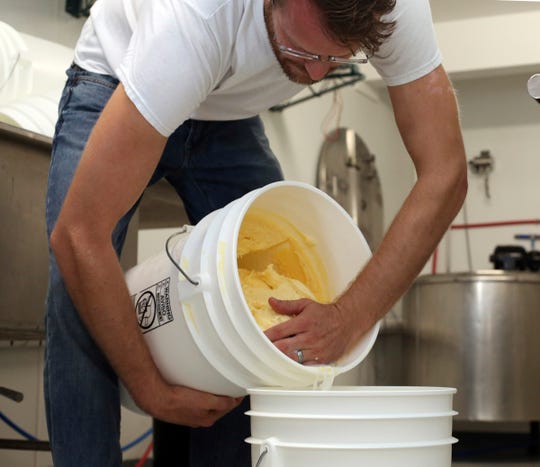 Banker's been making the cheese since July and selling it, along with handcrafted whole hog sausage and cultured butter under the brand Whitegate Farm and Creamery.

Banker and wife Michelle, both 35-year-old natives of Lynchburg, said they didn't have any background in farming when they came to White Gate six years ago.

"I just wanted to live in the country," Daniel said.

The couple has four children under 6 years old, and child-rearing figured into the decision, too. 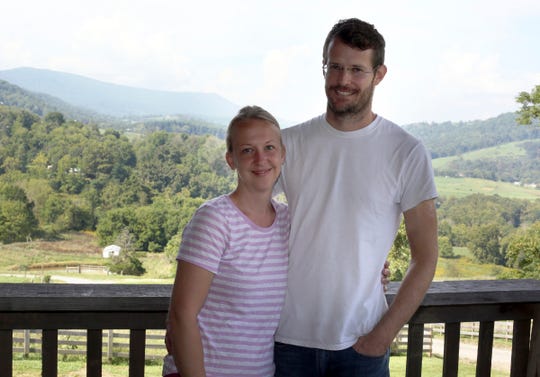 "The goal is for both of us to be at home with the kids," Michelle added.

To make a living from their 45-acre property, the Bankers said they have tried raising all sorts of livestock, but now have winnowed their operation down to sheep and hogs. Eventually, they want to milk the sheep and make a line of farmstead cheeses, Daniel said.

For now, they make mozzarella with cow's milk from Richdale Farm in Wytheville — a seasonal grazing dairy of 110 Jersey cows. That farm has been in the Crowgey family since 1876, Eric Crowgey said.

Richdale sells most of its milk to a cooperative that collects from many smaller operations. It's mixed together and mostly goes to grocery stores, Crowgey said. He said yes to Banker's idea of taking a small part of their milk harvest for cheese and butter because they hope to expand into the premium artisan food market.

"We want to survive," Crowgey said.

Richdale is hoping to weather a brutal shakeout going on across Virginia, with smaller dairies closing at a fast rate. From 2014-17, 100 dairy operations closed.

Today, "about one dairy farm a week is withdrawing its dairy permit, meaning that they will no longer sell milk," according to Elaine Lidholm, spokeswoman for the Virginia Department of Agriculture and Consumer Services.

To stay afloat, some operations are diversifying into crops and agritourism or following a model similar to Franklin County's Homestead Creamery. 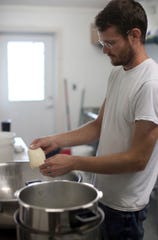 "Instead of just selling (milk) wholesale, they sell items like cheese, flavored bottled milk, ice cream or yogurt directly to the consumer, getting more money for their end product," Lidholm said.

In fact, it takes a far-flung village of small businesses to make Whitegate Farm work. In addition to Richdale and the local foods stores that sell the Bankers' products, they partner with Taylor's Meat Processing in Spanishburg, West Virginia.

Taylor's, a state- and federally inspected plant, harvests a 100- to 150-pound Whitegate Farm pig every other week and grinds the whole hog for Banker, mixing batches of it with his special recipe ingredients, said Carolyn Taylor.

The Taylors then let Banker come to the plant and use a stuffer to make several varieties of link sausages. He's lucky because they don't offer that privilege to anyone else, Carolyn Taylor said.

All but one of the plant's 10 employees are Taylor relatives, Carolyn Taylor said. The business, founded by her parents, has been operating near the Virginia border since 1976. 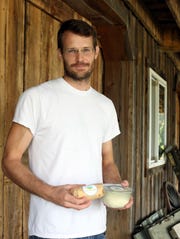 Making a living on a small farm is not easy, the Bankers said. Like generations before them, they have cobbled together a long list of jobs to pay the bills, they said.

Three years ago, Daniel used his Virginia Tech architecture degree and his construction experience to convert an old tack shed into a wedding venue, with his cheese rooms underneath.

Michelle, who uses her Liberty University family and child development degree as a mom, said she books about 10 weddings a year at the farm and hopes to boost that number next year.

Daniel also makes furniture and does structural steel detailing for his father's business, Banker Steel, in Lynchburg. To make the farm operation more profitable, Daniel said he buys most of his equipment used, or fabricates his own.

He churns his cultured butter with an old Kitchen Aid mixer bolted to a steel table, for example. And he made a paddle assembly that attaches to the lid of 5-gallon bucket. It takes three hours, he said. But it works, and it saved him spending significant money on a commercial machine.

He pointed to the stainless steel cheese vat in the corner that cost several thousand dollars used.

But the process is not.

From the weather's effects on the grass the cows eat to the humidity at the creamery, "it's different every single time," Daniel said. "There are so many variables."