Utah farmer hopes to save land from becoming soccer fields

A fourth-generation Utah farmer is fighting to save his farmland from city officials who want to buy 0.02 square miles to make new soccer fields.

Utah farmer hopes to save land from becoming soccer fields 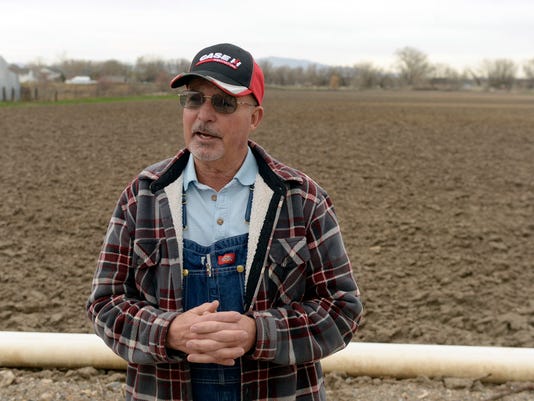 In this April 2, 2018, photo, Alan Bangerter stands in front of 20-acre field where he grows vegetables in Farmington, Utah.(Photo: Al Hartmann, AP)

FARMINGTON, Utah - A fourth-generation farmer is fighting to save his farmland from city officials in Farmington who want to buy 0.02 square miles (0.05 square kilometers) to make new soccer fields.

Alan Bangerter contends there are other plots of land where soccer fields could be placed without harming "a productive farm" and is seeking to save his property as an Utah Agricultural Protection Area, The Salt Lake Tribune reported.

An APA designation would protect the property from any future zoning changes and local governments could not exercise the right of eminent domain without exhausting other possible remedies, Bangerter's attorney Randall Edwards said.

An APA — which is good for 20 years and can be renewed — also protects farmers and ranchers from nuisance lawsuits from neighbors who move in and later claim the farm is too noisy or foul-smelling. 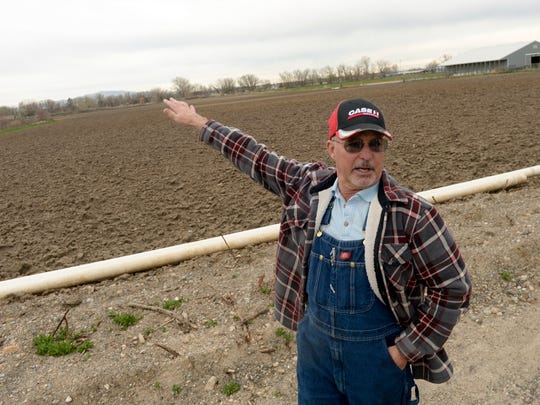 In this April 2, 2018, photo, Alan Bangerter stands in front of 20-acre field where he grows vegetables in Farmington, Utah. Bangerter contends there are other plots of land where soccer fields could be placed without harming "a productive farm." (Photo: Al Hartmann, AP)

Bangerter, who grows and sells fresh green beans, sweet corn and other vegetables at grocery stores and farmers markets, is awaiting a public hearing, which will be held May 1 during a Farmington City Council meeting.

Bangerter is gathering signatures of support through an online petition at MoveOn.org. He already has more than 4,300 signatures.

Bangerter said that after he retires, his children and grandchildren are interested in continuing the family business — officially named Chas W. Bangerter & Sons Inc., after his father, Charlie.

While the Department of Transportation will pay Bangerter for his property, the state must replace the city park with another one of equal size somewhere else in the city.

City officials have told the Department of Transportation that their preferred site is a plot of land that Bangerter owns.

"The Bangerters are being significantly impacted by the highway, and I don't blame them at all," Farmington City Manager Dave Millheim said. "I'd be upset if I was in their shoes, too."

Millheim said the city is in a Catch-22, because no matter where the fields are relocated, a property owner is going to be upset.