Dean Foods said bountiful U.S. milk supply and heightened competition among retailers contributed to a 45% drop in its net income in second quarter. 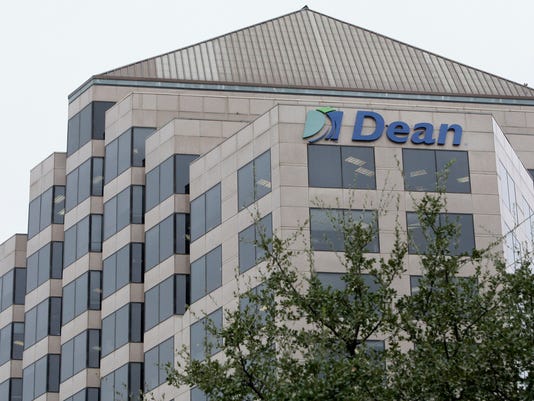 Dean Foods, one of the largest dairy food manufacturers, said this week bountiful U.S. milk supply and heightened competition among retailers contributed to a 45% drop in its net income in the second quarter.

Shares tumbled 21% on Aug. 8 as it also missed earnings estimates and warned that the "macro and competitive" pressures will continue in the coming months. The Dallas-based company, whose brands include Land O'Lakes, TruMoo, and Friendly's Ice Cream, lowered its 2017 per-share earnings expectation.

Milk is still Dean Foods' primary product, as the company processes and supplies more than 30% of drinking milk in the U.S. But sales and milk prices in general have been falling for a variety of reasons.

The U.S. milk supply remains abundant as more processors emerge. Competition among traditional grocers, big-box stores like Costco and Walmart, and "fresh format" markets, such as Trader Joe's and Aldi, also have contributed to sinking prices.

They often use milk as a main enticer to draw customers to their locations. And they are increasingly demanding more "private label" milk products from suppliers — or cartons packaged for sale under the retailers' brands — to stock their shelves.

The amount of Dean Foods' branded white milk delivered during the quarter fell nearly 6% from a year ago. And its share of U.S. milk sales dipped to 34.2%.

"As milk production continues to grow across many areas of the country, we're seeing surplus volume and ... aggressive pricing that we believe just isn't sustainable long-term," Scozzafava said. 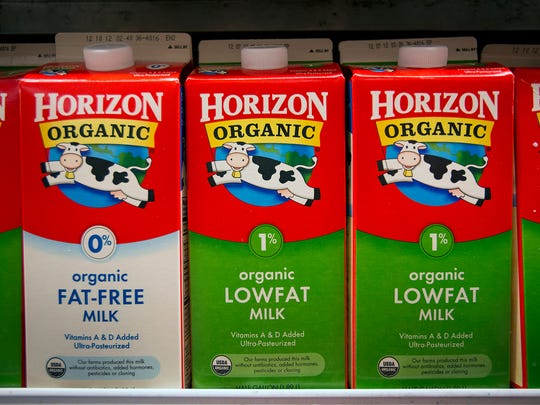 Analysts who cover the company also have been concerned about the looming competition from one of Dean Foods' largest customers, Walmart. The retail giant has plans to open its own dairy processing plant in Indiana to supply private-label milk to its stores, which will likely result in cutting the amount of milk bought from suppliers.

Its net profit totaled $18 million, down from $33 million a year ago.

Per-share earnings, after adjusting for some items, were 21 cents, well short of the 31 cents estimated by analysts who were polled by S&P Global Market Intelligence.

As part of improving efficiency, the company will cut costs by $40 million to $50 million across its general and administrative functions. Dean Foods also will focus more on expanding in food categories that deliver higher profit margins than milk, such as ice cream.

But for now, milk remains its core business and transitioning its plants to produce other products has be managed carefully, Scozzafava told analysts in a conference call Tuesday.

"We are not satisfied with our performance and are determined to improve our execution," he said.