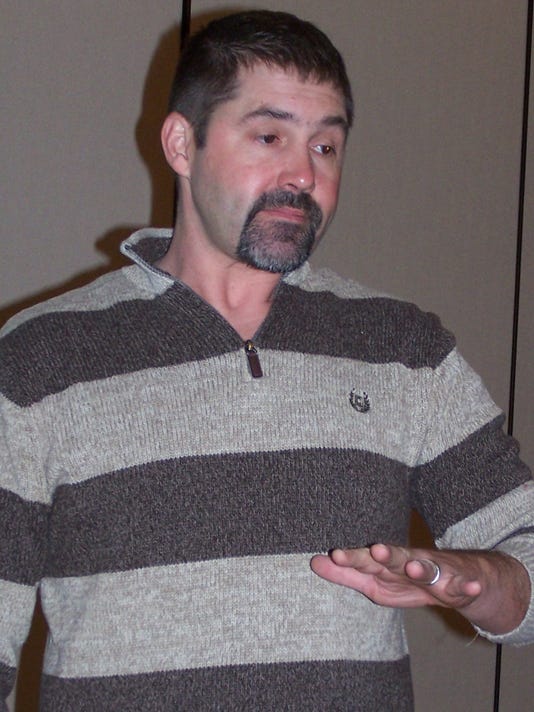 Fond du Lac — Amid the early indications that soybean growers in the United States might increase their plantings by as much as 5 million acres this year and the possibility that a quarter to a third of them could have problems getting an operating loan, University of Wisconsin Extension Service soybean specialist Shawn Conley has compiled a list of 10 commandments for 2017.

Conley shared that list with attendees at the three area soybean conferences. To add up to 5 million acres, he expects some growers will be planting soybeans for a second consecutive year in the same fields.

To those who are considering that, Conley's first commandment is “don't do it.” He said there are a multitude of reasons for not growing soybeans on the same land in back to back years.

That situation provides much of the basis for Conley's second commandment. It is the need to recognize a balance between short and long-term factors such as the buildup of certain weed species and the proven likelihood of yield reductions with consecutive years of soybeans.

As the third commandment, the same point applies to pests in successive soybean crops in the same field, Conley continued. For growers who nevertheless choose to have consecutive soybean crops, his fourth commandment is to grow a different variety in the second year.

Testing soil of the presence of the soybean cyst nematode and growing soybean varieties with the best resistance to it is Conley's 5th commandment. He cited findings that 20 to 25 percent of Wisconsin fields are infested with the SCN and pointed out that the Wisconsin Soybean Marketing Board uses checkoff fees to cover the costs of up to four SCN tests per year for each grower.

As his sixth and seventh commandments, Conley advised revving up crop scouting and reducing the planting rate in fields with a history of white mold infections. His eighth commandment for those with consecutive soybeans is to treat all of the seed with fungicide.

Applying a pre-emergent herbicide and using multiple modes of action in the year's herbicide products is Conley's ninth commandment. His 10th commandment is to test soil samples for nutrients, particularly for potassium.

Conley reminded growers who had soybean yields of 80 bushels per acre and took off one ton of straw per acre in 2016 that this was the equivalent of removing about 140 pounds of potassium per acre. In arguing that fertilizer is “an investment, not a cost,” he explained that a potassium deficiency is both an attraction for soybean aphids and an inhibitor of soybean plant use of the available phosphorus.

Reflecting on the 2016 growing season in Wisconsin and the projected average soybean yield of 55 bushels per acre, Conley noted that this was due in part to a 10 to 15 percent increase in the average size of the seeds.

The large seeds can have a consequence in two ways for this year, Conley observed. One is that they might be too large for planting equipment — a point that growers should check on as soon as they receive their new seed supply, he advised.

Another consequence of the large seeds is that some of them are cracked, which could mean problems with germination and emergence in cool soils, Conley remarked. For that, he urged growers to check the supplier's data on germination test percentages at cool temperatures, to adjust the seeding rate accordingly and to treat all the seeds with a fungicide.

To a question of inoculating seeds, Conley said research data does not provide any reliable predictability on the crop's response. He said it is probable the input costs would be covered and pointed out that a dry product, rather than liquid, is the best choice although it creates problems while planting. Conley observed that areas with cool soils at the start of the growing season would probably see the best results with an inoculant.

For coping with conventional and new challenges for growing soybeans, Conley advised keeping updated via the Badger Bean and Cool Bean websites and thesoyreport.blogspot.com. A free app available on Android and Apple offers guidance on replanting, he added.

In an activity that was also conducted at this year's area conferences, Conley is involved in a “yield gap” project in which data is being collected from growers in 10 Upper Midwest states on their inputs, other management practices, and yield results.

During its first two years, that project has obtained data on 3,568 fields covering about 350,000 acres. Conley said the goal is to accumulate responses for 8,000 fields that account for 1 million acres.

The purpose of the project is to identify ways to the close the difference between farm yields and the 100 or more bushels produced on a per acre equivalent by 10 soybean varieties in the Extension Service plots near Platteville in 2016, Conley explained. He noted that, even within regions in Wisconsin, the data already collected shows that are some great differences on what have proven to be appropriate practices.