A company with roots in Silicon Valley is trying to shake up the farm economy and farmers are dipping their toes in the waters. 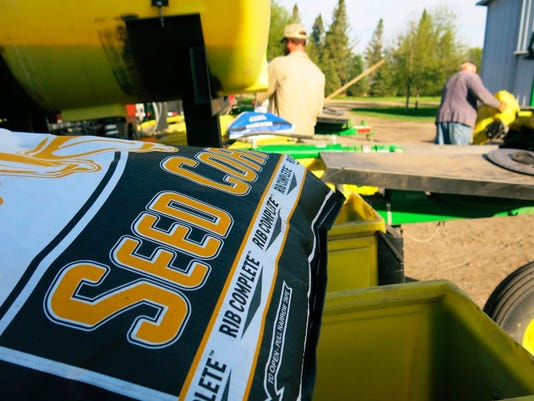 HOPE, N.D. (AP) - A company with roots in Silicon Valley is trying to shake up the farm economy — and hundreds of farmers in Minnesota and the Dakotas are dipping their toes in the waters.

The Farmers Business Network was born of farmers frustrated with opaque seed and chemical pricing, and tech guys who believe that data is the answer.

Its pitch to farmers is simple: Share your seed and crop data with us, and we'll help you save money on seed and chemicals — and try to get you a better price on your crops.

That's an unusual approach for an industry typically known for its opaque pricing. Most of the farm seed and chemical market is controlled by a few huge companies — the newly merged Bayer-Monsanto, Syngenta and others — that closely guard their pricing, which means that farmers don't always know if they're getting the best possible deal.

So, starting about four years ago, Farmers Business Network co-founders Charles Baron and Amol Deshpande built a database that compared the prices for seeds and chemicals, with information supplied by the customers themselves. That data got Kerry Baldwin's attention.

Baldwin is a fourth-generation farmer in eastern North Dakota, near the small town of Hope. For years, he's purchased fertilizer and chemicals from his local cooperative. But when he looked at the FBN seed database, he saw prices that varied by as much as $100 for the same corn seed with different labels. Seed with the same genetics is often packaged under different names and sold at different prices. Sometimes the same company charges different prices in different locations for the same seed.

"It was amazing to me that there was that much difference in the same seed, just across the state of North Dakota, I thought that was a crazy amount," Baldwin told Minnesota Public Radio . He decided to pay the $700 annual fee and give FBN a try.

Farmers who join FBN share information about the seed they use, by sending in pictures of seed tags, which helps build the company database. They also share crop yield information, which gives farmers more data they can use to help choose seed varieties. 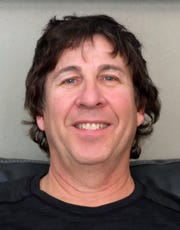 In this Nov. 28, 2018 photo, farmer Kerry Baldwin poses for a photo at his home near Hope, N.D. Baldwin is a fourth-generation farmer in eastern North Dakota, near the small town of Hope. (Photo: Dan Gunderson, AP)

Last year, Baldwin said, his co-op couldn't match the fertilizer prices offered by FBN. So he ordered two tanker truckloads of fertilizer delivered to his farm, saving himself thousands of dollars.

This year, his co-op has a new supplier and offered a better price, so he's buying fertilizer locally for next spring. But he's still ordering pesticides for the next growing season from the FBN website.

"When we placed our order, there was one chemical where I think I saved $140 a gallon. You know, that was close to $4,000," said Baldwin, who also likes the financing: Zero percent interest until next December. That means he won't need to borrow as much money from a bank at 4 to 5 percent interest.Bal

dwin is one of more than 500 North Dakota farmers signed up with Farmers Business Network. The company says it has nearly 750 members in Minnesota and about 7,500 across the U.S. and Canada, still a small fraction of the farm market. For context, there are about 2 million farms in the U.S., according to the U.S. Department of Agriculture.

Zach Johnson, a fifth-generation farmer near Alexandria who also runs a popular YouTube channel on his life as a millennial farmer, recently signed up because he was curious. He was surprised by the disparities in what traditional companies charge for the same seed.

Johnson isn't sure if he will buy seed directly from FBN, but he said he will use the price information as leverage with his local supplier.

"I'll be completely up front with him and say, 'Look, I know that I can get the same exact seed down the road for cheaper, and no hard feelings if you can't match that price, but I'll give you the chance to match it right now,'" he said. "And you know if you can't do it, I'm usually a pretty loyal guy, but at some point business is business."

Farm finances are tight after several years of low crop prices, so the timing is right for Farmers Business Network and others trying to break into the market to succeed, said University of Minnesota ag economist Mike Boland.

"Clearly, when times are tough, as farmers try to lower their costs, they are doing a lot more shopping, and tools like FBN make it a lot easier for them to shop," he said.

"They're going to look more at the genetics and say, 'You know, it was good five years ago, yes it may not have the most up-to-date technology, but it's still good enough for me,'" he said.

And if FBN gets enough farmers signed up, he said, it could disrupt the market by forcing other companies to lower prices or improve price transparency. While it might be tough for the giant corporations to shift their practices, he said, cooperatives like Minnesota-based CHS, the largest farm co-op in the country, are in a good position to compete.

"The local cooperative has still got a lot of credibility with most farmers," he said. "They're going to need to make sure they've got pricing and services that the farmer wants going forward, but a lot of them are doing very well. They've got strong market share."

CHS declined an interview request for this story, as did Bayer Monsanto, Syngenta and the American Seed Trade Association.

"We can fundamentally create a more independent farm economy where it's not so consolidated, it's not so controlled by the major manufacturers and retailers," he said. "(If) farmers have more competition, they have more options."

And while a few thousand farmers have signed on to be part of the FBN network, some have done so with a fair dose of caution.

"I wonder how long the money's gonna last," Kerry Baldwin mused. "They have a lot of employees, they are selling all these inputs at a far less rate than my local co-op. I do wonder, is the money going to run out?"

"We're absolutely here to stay," he said, adding that the company has raised millions from investors like Google and the large venture capital firm DBL Partners.

"Our investors are tremendous. They're folks with lots of long-term patience. They're folks who are very oriented around the mission of FBN of putting farmers first," he said.

FBN has about 300 employees across the country and is hiring more. The company is based in San Carlos, Calif., but its largest office is in Sioux Falls, S.D., where it has 110 employees.

Baldwin said that, while he's not all in on FBN yet, he thinks the company could help his bottom line.

"I want the lowest price," he said. "I do want to support my local co-op, obviously, because I want them to be there, but I have no problems going with Farmers Business Network and supporting them. You know, we talk about local co-ops or local business. My farm is my local business, and that's the one that I'm most concerned about."