Teens from Guatemala were kept as virtual slave laborers at an egg farm until their rescue in 2014. 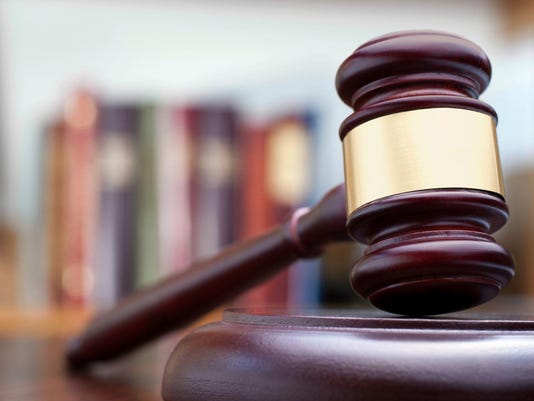 A 7th person has been charged in the forced labor case at an Ohio egg farm.(Photo: Getty Images)

TOLEDO, OH (AP)  - A man accused of taking part in a scheme to smuggle teenagers into the U.S. and force them to work at an egg farm for little pay is in custody after being arrested at the Mexican border, federal prosecutors announced.

The teens from Guatemala were kept as virtual slave laborers, forced to turn over most of their earnings, and had to live in run-down trailers with no heat and little food before they were rescued in 2014, investigators have said.

Six others already have been convicted in the case, which prosecutors said involved luring the boys and young men with promises of enrolling them in school and finding them good jobs.

The U.S. Department of Justice announced Wednesday that Pablo Duran Ramirez, 49, was arrested Saturday by border patrol agents while trying to cross the border between Mexico and the U.S.

Duran Ramirez, who is a U.S. citizen, operated a company to provide workers who would clean chicken coops, de-beak chickens and unload crates at the egg farm, according to an indictment unsealed this week.

He also helped and encouraged others to recruit and smuggle young Guatemalans to the egg farm in central Ohio near Marion from 2012 through the end on 2014, court documents said.

Trillium Farms, which produces more than 2 billion eggs per year at various farms around central Ohio, said it was unaware of what was happening at its farm. It hasn't been charged.

The indictment said Trillium Farms paid about $6 million to Duran Ramirez and one other unnamed person.

The charges against Duran Ramirez include forced labor, conspiracy and encouraging illegal entry. He is scheduled to appear in a federal court in McAllen, Texas. An attorney for Duran Ramirez declined to comment on the case.

Prosecutors say the group operating the smuggling ring threatened the victims and their families.

Aroldo Castillo-Serrano, a Guatemalan described as one of the ringleaders, made the victims' families sign over deeds to their property in Guatemala to pay for transporting them, while some were plucked out of custody at the Mexican border, prosecutors said.
He was sentenced in 2016 to just over 15 years in prison.

One of the young men brought to the U.S. said at a court hearing in 216 that Castillo-Serrano threatened to kill his father after the teen complained about being forced to work.

Prosecutors concluded there were about 35 victims in all, many were teens with the youngest being 14.