There are plenty of billionaires on the Forbes list of the world’s richest people. But who will be the world’s first trillionaire? Well, it's a toss up at the moment between Jeff Bezos and Vladimir Putin. Susana Victoria Perez (@susana_vp) has more. 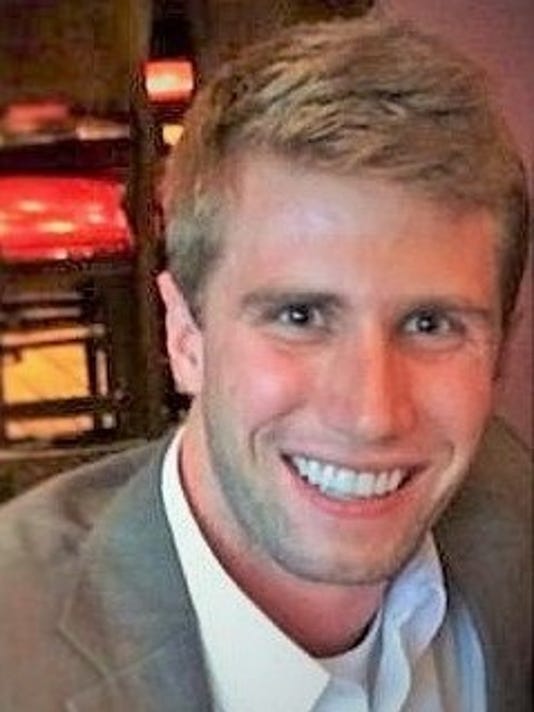 Brad McDonald was named on Forbes' 30 Under 30 list for founding Agroy Inc., an online retail store for farmers.(Photo: Special to the Register)

A northeast Iowa farmer was named by Forbes as one of its 30 Under 30 visionaries for his online sales of fertilizer, chemicals and seed.

Brad McDonald, of Ryan, is the co-founder of Agroy Inc. He likens the website to Amazon for farmers.

"We're trying to build a platform to mimic a co-op system, except instead of being regionally based we use ecommerce," the 29-year-old said. "It's not just farmers buying with their neighbors, it's farmers buying across the state and even across the U.S."

That economy of scale allows farmers to negotiate for better prices, he said. Iowans are the main focus, but Agroy has sold to farmers all the way in California and into Canada, McDonald said.

Agroy started in 2016. It did more than $2 million in sales its first year.

He was named to the Retail & Ecommerce list for "updating what was an age-old co-op buying model in the agriculture sector," according to the business news site and magazine. The Retail & Ecommerce category highlights people who are "reinventing how we shop, online and off," Forbes said.

"I was ecstatic," McDonald said of the recognition. "Agriculture in general doesn't get too much mainstream publicity, so the fact they were able to recognize something special in agriculture is really great. You don’t see farmers featured on a national scale every day."

Agroy first started in Finland and now services 8 percent of the country's agricultural land, McDonald said. He was the first to bring the company to the United States and is the founder of the local subsidiary operating under a larger commercial umbrella.

"If 8 percent of all U.S. agriculture land would be purchasing through Agroy, we would be making billions of dollars," he said. 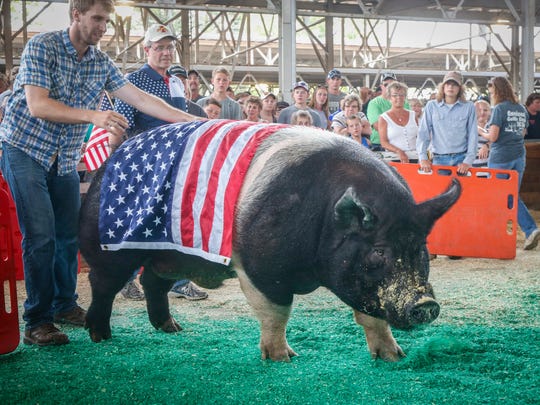 Big Buck, the 2017 winner of the Big Boar contest, enters the ring with a U.S. flag over his back on Thursday, August 10, 2017, during the Iowa State Fair in Des Moines. (Photo: Bryon Houlgrave/The Register)

McDonald received his bachelor of arts from the University of Notre Dame. He worked as a research analyst in commodities trading in New York City and St. Louis before moving to agriculture finance at Wells Fargo in Chicago.

Agroy is based in Chicago, but McDonald splits his time between the Windy City and his father's pig farm, McDonald Acres, in Ryan.