The need for economic recovery after coronavirus also means that we are unlikely to see the U.S.-China trade war further escalate in 2020. 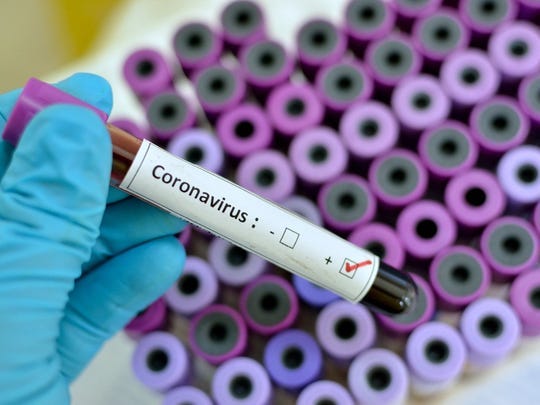 The novel coronavirus has shocked the world's economies.

The virus has spread to more than 100 countries and many U.S. states. This has rattled global stock markets, plunging the Dow more than 2,000 points on March 9 – the biggest one-day drop since the 2008 Great Recession.

Concerns about potential global economic decline has made implementation of the U.S.-China phase one trade deal uncertain. This deal requires China to purchase an additional US$12.5 billion worth of U.S. agricultural products in 2020, and $19.5 billion more in 2021.

In our recent research on the impacts of the U.S.-China trade war on U.S. agriculture, we argue that China has the capability to make these purchases, despite delays and disruptions to supply chains and trade flows caused by the coronavirus. A resilient and recovering Chinese economy means the country can comply with the trade deal and potentially minimize damage to the U.S. economy from an ongoing trade war.

Make no mistake. These disruptions have been profound.

Wuhan and other cities in Hubei province, home to 66 million people, were on lockdown for more than one month and now are facing food and medical supply shortages.

The shutdowns in Hubei province have created massive problems for Chinese agricultural producers. The transport restrictions prevent much-needed animal feed such as corn and soybean meal from getting delivered to livestock farms.

The first week of February saw five arrivals and seven departures from the Wuhan port compared to 72 arrivals and 47 departures in the same week last year. Only about one-third of people who left Beijing and Shanghai to celebrate the Chinese lunar new year in January and February have returned, because of travel restrictions.

Million of truckers, who transport 73% of goods in China, are still waiting to come back to work, and three of China's biggest coastal ports – Shanghai, Ningbo and Xingang – are reportedly clogged with refrigerated containers full of imported vegetables, fruit and frozen meat.

Vessels with crew members showing coronavirus symptoms can be denied entry into U.S. ports. However, tighter regulations at the Tacoma and Seattle ports could hurt U.S. producers and exporters of oysters, clams and Dungeness crab, as well as wheat and soybean farmers.

Even without the disruptions of the coronavirus, there have been drastic bumps in agricultural exports to China.

In particular, the phase one trade deal allows Chinese agricultural purchases to be based on market prices and commercial considerations, rather than quarterly purchase targets or commodity-specific purchase contracts. This was widely interpreted as a possible escape clause for China.

Because of that, agricultural commodity markets did not rally following the Jan. 15 signing of the U.S.-China phase one trade deal, but instead dropped noticeably.

Despite these challenges, China recently began allowing importers to apply for tariff exemptions on nearly 700 U.S. products, including pork, soybeans and ethanol.

China also bid on U.S. sorghum to be shipped this April or May. However, some market analysts argue this was driven in part by cheap U.S. sorghum prices and saw it as a sign China will buy more agricultural commodities from the U.S. only when it makes economic sense.

Except for pork, China's orders and purchases this year lag behind the 2017 and 2018 weekly imports of key agricultural commodities. Without concrete evidence that China is buying more, the markets will continue to doubt that the phase one deal will be fully implemented.

The impact of the coronavirus on the Chinese economy has made it harder to kick-start phase one purchases, so the start date for the deal might be moved from February to late April or early May. That way, exports of 2020 U.S. soybean crops would count toward the year-one implementation target.

Coronavirus is not the only disease affecting China's agricultural production. An outbreak of African swine fever that started in 2018 has resulted in China producing at least 25% less pork, the most widely consumed meat in China.

Likewise, the deadly H5N1 bird flu was recently reported in chickens in Hunan province, which is just north of Wuhan, the epicenter of the coronavirus.

As a result, we anticipate U.S. exports of poultry, pork and beef products to China to grow from $3 billion to $5 billion in 2020.

China's agricultural imports exceeded $140 billion in 2017. However, the United States has historically accounted for only very small fractions of China's meat, seafood and consumer product imports.

While soybeans and other feed grains previously dominated U.S. agricultural exports to China, the phase one deal classifies both infant formula and wine as agricultural products.

The coronavirus has impacted China's economic growth and will continue to do so. However, that likely won't change the long-term trajectory of China's growing appetite for global food. The need for economic recovery after coronavirus also means that we are unlikely to see the U.S.-China trade war further escalate in 2020.

China's ports are getting back to work as travel restrictions are lifted. The Chinese cities are reviving with recurring traffic jams and fewer travel restrictions. This might offer some hope regarding China's economic resilience and the fate of the phase one deal.

This article is republished from The Conversation under a Creative Commons license.