Farmers say USMCA trade agreement is a win for agriculture. 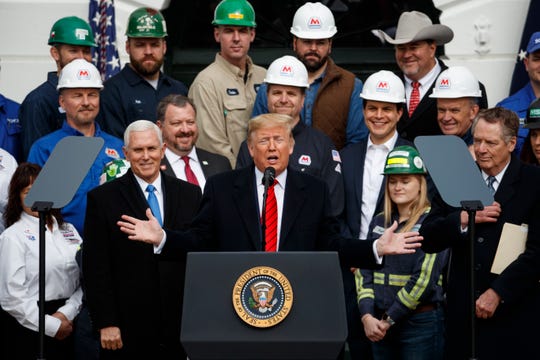 WASHINGTON (AP) – When President Donald Trump signed a revamped trade agreement with Mexico and Canada into law Wednesday, he kept a campaign pledge to improve upon a deal that he had long condemned.

His U.S.-Mexico-Canada Agreement replaces a 26-year-old version that he and other critics said was a job-killing disaster for the United States. The president's overhaul is designed to update the pact to reflect the rise of e-commerce and other technological changes and to do more to encourage factories to move production to the United States or keep it there.

But the USMCA doesn't represent a revolutionary change in regional trade or assure that many Americans stand to receive financial gains. What it does, more than anything, is restore certainty to $1.4 trillion-a-year in North American commerce. And in that way, it could provide some economic benefit.

U.S. Ag Secretary Sonny Perdue, however, says the trade deal will advance United States agricultural interests in two of the most important markets for American farmers, ranchers, and agribusinesses.

A key provision in the agreement pertains to increasing dairy market opportunities, most notably in Canada which agreed to eliminate the unfair Class 6 and 7 milk pricing programs that allowed their farmers to undersell U.S. producers.

“USMCA is a win for Midwest dairy farmers. Not only does this deal allow the dairy community to build on two of our strongest export markets, Mexico and Canada, it helps ensure our U.S. dairy farmers will not be harmed by Canada’s domestic management systems in the global dairy marketplace,” said Mitch Davis, Davis Family Dairies, Belle Plaine, Minn.

Wisconsin Farm Bureau Federation President Joe Bragger said the President's signing of the trade agreement is welcome news for many in agriculture and manufacturing who have worked to solidify relationships between our North American trading partners.

"Wisconsin farmers face many challenges and we don’t anticipate this agreement will fix all these hardships, but it is a step in the right direction to help us overcome some of the obstacles we face," said Bragger, adding that Canada must still approve the agreement. "Which we hope to see over the next few months."

The USMCA will take effect 90 days after all three countries approve it.

The USMCA agreement mostly continues to allow the free flow of trade across North American borders of the three countries. But it updates the pact to reflect the rise of e-commerce and other aspects of the digital economy that didn't exist when NAFTA was negotiated.

For instance, USMCA prohibits tariffs on digital products. It lets companies transfer data across borders without encountering discriminatory barriers. And it bars countries from requiring firms to store data within their borders, thereby allowing companies to do so wherever it makes the most business sense.

U.S. Rep. Ron Kind, D-WI, has been critical of Trump's trade policies and tactics and said he and his Democrat colleagues worked with lawmakers across the aisle to "turn what was a once hastily negotiated agreement into a trade deal that is more pro-dairy, more pro-worker and more pro-enforcement".

In talks with Trump's top trade official, Robert Lighthizer, the Democrats managed to strike language that would have allowed countries or companies to avoid sanctions simply by refusing to take part in dispute-settlement panels. They also insisted on closing loopholes that would have made it hard to enforce provisions that protect workers from intimidation and violence. They also managed to establish a committee that will monitor Mexico's labor reforms. 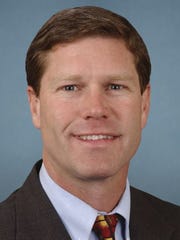 "The USMCA is a renewed commitment between the U.S., Canada, and Mexico and I look forward to working with our trade allies to continue advancing a North American economy that creates good-paying jobs and is in line with our values," Kind said. "Now that USMCA is finally signed into law, my colleagues and I must get to work on reasserting Congress’s role over tariff policy and giving our farmers the true relief they deserve – relief from the Administration’s dangerous tariffs.”

While some may argue that the trade from the USMCA will do little to spark the U.S. economy, Perdue says that the impact will be felt in the export market. 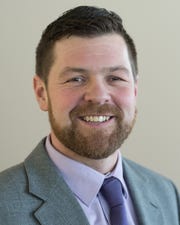 "In preserving the well-established markets of Mexico and Canada, and providing opportunities for even more exports there, USMCA will help bring the long-term economic stability necessary for farmers to not only survive but thrive," he said. “The outlook is far brighter today for farmers’ businesses, families and employees, and our rural communities because of this historic agreement, which also benefits so many other parts of America’s economy. "

The agreement also helps to protect U.S. manufacturing jobs including the auto industry.

To qualify for USMCA's duty-free benefits, 75% of a car and its parts must come from within North America, up from 62.5% under NAFTA. That means more content would have to be homegrown in higher-wage North America, not imported more cheaply from China and elsewhere.

At least 40% of vehicles would also have to originate in places where workers earn at least $16 an hour. That would benefit the United States or Canada — not Mexico, where auto assembly workers are paid a fraction of that amount. For car buyers, that wage requirement is likely to increase the cost of vehicles built in North America.

Calling the signing of the USMCA agreement a "big step forward", National Farmers Union President Roger Johnson says it "should be a floor for future trade deals, not a ceiling".

"When negotiating with other trading partners, we encourage the Trump administration and Congress to build on this momentum to establish fair trade agreements that protect rural jobs, ensure fair prices for farmers, and restore sovereignty to the United States,” he said.

Colleen Kottke of the Wisconsin State Farmer contributed to this article.