While many farmers are cautiously optimistic about progress with China, increased export sales to one of our largest markets remain elusive. 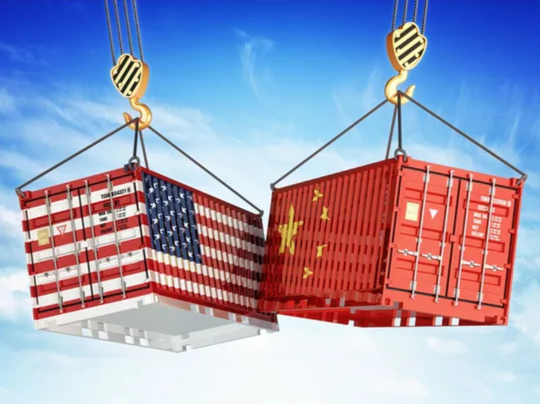 While many farmers are cautiously optimistic about progress with China, increased export sales to one of our largest markets remain elusive. (Photo: Getty Images)

With the U.S. and China expected to sign a phase 1 agreement with China this week, many farmers and ranchers are wondering if a third tranche of Market Facilitation Program (MFP) payments will be forthcoming.

To assist farmers and ranchers who have lost markets due to retaliatory tariffs, the Trump administration issued two rounds of Market Facilitation Program payments. The first round of trade assistance provided more than $8 billion in support to farmers in 2018.The second round, as of Jan. 6, 2020, has provided nearly $11 billion in support.

The top states receiving support from the second round of MFP payments include Iowa at $1.2 billion, Illinois at $1.1 billion and Texas at $812 million.

The top states receiving support from the second round of MFP payments include Iowa at $1.2 billion, Illinois at $1.1 billion and Texas at $812 million. (Photo: American Farm Bureau Federation)

The second round of payments was set to include three tranches and was expected to be distributed based on the progress of trade negotiations with China. That is to say, if China began again purchasing American farm goods at their normal level, any remaining MFP payments would be unnecessary. If the purchasing levels had not returned to normal, the Market Facilitation Program would continue. Two payments were made in 2019 and the final tranche was expected to be distributed to farmers and ranchers in early 2020.

While President Trump is expected to sign a phase 1 agreement with China next week, U.S. export sales to China still lag levels experienced prior to China’s implementation of retaliatory tariffs. Moreover, uncertainty remains over how, when and if China will meet its $40 billion-to-$50 billion purchase commitment given recent developments with respect to ethanol and import quotas.

. This decrease follows a nearly $9-billion-dollar decline over the same 11-month period in 2018. Combined, lost U.S. agricultural export sales to China over the last two years are equivalent to nearly $16 billion. The two-year decline in soybean and related product exports to China was more than $11 billion, followed by grains and animal feed at nearly $2 billion. 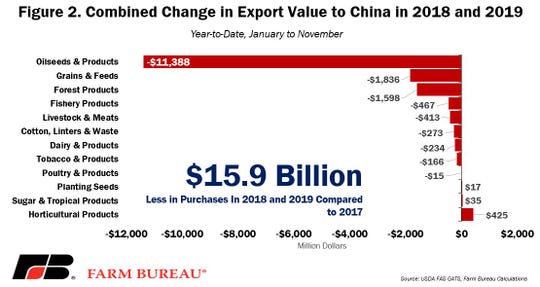 Through the first 11 months of 2019, U.S. agricultural exports to China were down nearly $7 billion, or 32%, compared to 2017 levels. (Photo: John Newton/American Farm Bureau Federation)

It’s clear being cut off from the Chinese market is hurting U.S. farmers and ranchers. Data from USDA’s Economic Research Service reveals that net farm income – excluding federal support and net crop insurance indemnities – was down 8%, or $5 billion, from 2018 in inflation-adjusted dollars and is 44% below 2013’s record high. We can expect more of the same in 2020 if Chinese agricultural purchases do not accelerate.

The third tranche of MFP payments remains. For livestock and specialty crops, this final tranche represents 25% of the MFP payments. For non-specialty crops and based on the county-level payment rates and the method by which the first two tranche payments were made, it’s estimated that $3 to $3.5 billion in support remains available.

The county-level payment rates would range from 75 cents per acre to $37.50 per acre, with some counties already exhausting their MFP eligibility through the first two tranche payments, i.e., any counties with an original MFP payment rate of $20 or less. If the payments were made, a majority of the tranche 3 payments would be distributed to farmers along the Mississippi and across the Corn and Cotton belts. 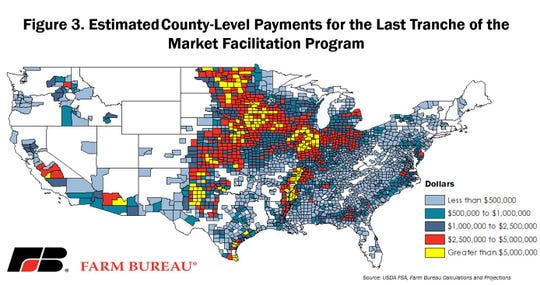 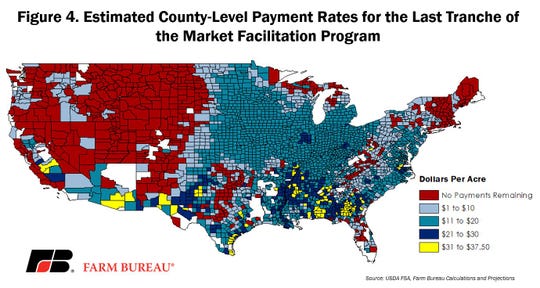 USDA has yet to indicate whether the final tranche of Market Facilitation Program payments will be made. While many farmers are cautiously optimistic about progress with China, increased export sales to one of our largest markets remain elusive – and as a result, the state of the farm economy in 2020 remains highly uncertain.

Trade rather than aid remains the goal, but until then, the final round of MFP payments would address some farmers’ and ranchers’ financial uncertainty and would provide some assurance to many farmers and their lenders in advance of spring planting. 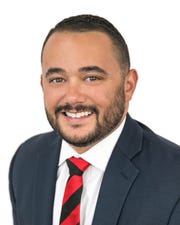