A dairy business consultant goes over results of a study that point to six factors for financial success. 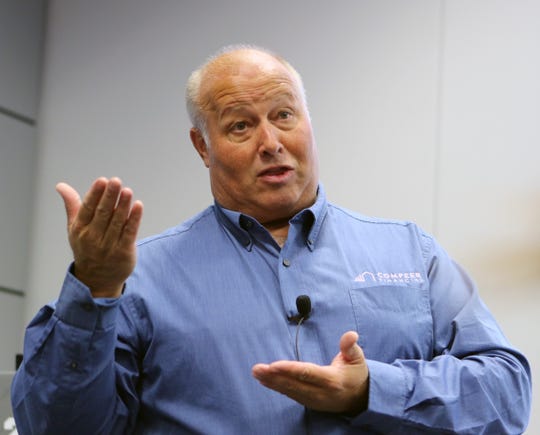 Steve Bodart, principal business consultant for Compeer Financial, explored what producers can do to improve profitability during a World Dairy Expo seminar on Oct. 2.

Bodart's information came from a statistical analysis of financial and production data across the Midwest done by Compeer Finanical's dairy consulting team and Zoetis from 2006-2017. The goal of the study was to find out what distinguishes the most successful dairies from others - what drives profitability year after year.

"There is a lot of diversity out there," said Bodart. "The last few years have not been good and that put us in the position we are in today of trying to figure out our next move." 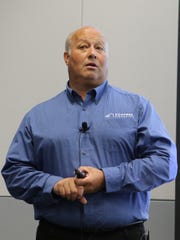 As SCCs go up, the days open start to go up. Herds that had a higher SCC tended to also have a higher death loss. A .4 SCC increase would also reflect in an increase in death rate, Bodart said.

"If I look at the herds that I worked with, where we had a cell count problem, it was hard to get the pregnancy rate to where we wanted it until we got the cell count down," said Bodart.

"Based on what we are seeing, it (SCC) shows to be a little bit more significant than what the university studies have shown," said Bodart. "Basically we saw, for every 100,000 increase in cell count about a 5.5 pound decrease in milk production when looking at farm herds."

The study found that a decrease in milk production from high SCCs affected the pounds of energy corrected milk shipped per cow per day, which in turn affects profitability.

"Milk production is key," said Bodart. "We have to have energy corrected milk. It's not pounds of fluid milk."

The study found that the economic cost of turning over the herd had a very high correlation with herd profitability.

"That could be left as a cull. It could be a dairy sale. It could be a dead animal," said Bodart. "How many of those animals left times their balance sheet value, which is relatively close to what the cost of raising a heifer would be."

Turnover of the adult herd resulted in "huge, huge dollars," Bodart said. "As turnover goes up there is a huge correlation to cell count. Nobody likes a high cell count so they are turning cows."

The amount of ECM is decreased, resulting in a difference in profitability between the top third and bottom third farms of $409,000 a year for an average herd, or $375 a cow per year.

"We need to get cows into second, third, and fourth lactations in order to maximize the amount of milk we get out of those cows. We’re spinning those cows that fast, we don’t have that many cows that are in that third lactation," said Bodart.

"So we want to get as many cows as possible into that third lactation," he added.

Herds with high SCCs were turning over over cows at a higher rate than those with lower SCCs.

"As we turn cows, as our cell count is higher, our cost of production is also going up, and our profitability is deteriorating," said Bodart. "Energy corrected milk is also looking less on those farms. That difference, a 6% difference in death loss, was a $150,000 difference in profitability on these dairies each and every year."

The study found a negative correlation with low pregnancy rates, however, the study didn't include data on pregnancy rates for the first four to five years.

"If I look at the herds that I worked with, where we had a cell count problem, it was hard to get the pregnancy rate to where we wanted it until we got the cell count down," said Bodart.

Bodart said that means, "they are using better bulls. They’re getting the cows settled, using the best bulls to continue to perpetuate the success in their herd. Some of it would also be (attributed to) more sexed semen used in these herds." 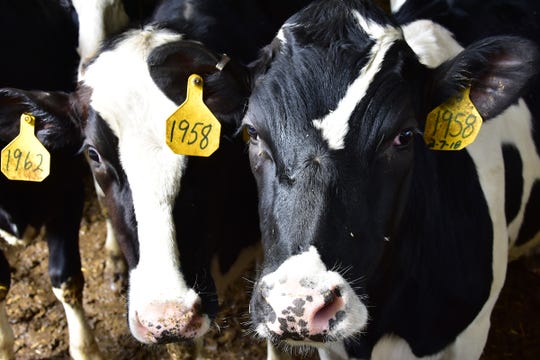 It costs a lot of money to raise a heifer and a lot of days of milk to recover that cost. (Photo: Carol Spaeth-Bauer/Wisconsin State Farmer)

The best third of the farms achieved a 97.5% heifer survival, while the bottom third was at 91%.

"It costs a lot of money to raise a heifer. It takes a lot of days of milk to recover the cost of raising a heifer. We need to keep those animals around as long as we can for that cost to be spread out. Heifer management is important," Bodart said. "We don’t want to raise all kinds of heifers and have all kinds that are causing problems. We need to raise the right amount of heifers and need to keep them healthy so we can get the maximum return on every heifer."

What does it all mean?

"In order to achieve max profitability on dairies, we need to start with excellent animal husbandry. We cannot skip that. It all starts there. There are a lot of side things," stressed Bodart. "Excellent animal husbandry alone will not guarantee success. There’s also other outside influences that we need to look at. But if we look at the production things, these are the things we need to focus on in order to maximize our earnings on the dairy."

Bodart said the study will continue and more information will be added. They are also evaluating pregnancy rates and breeding costs, looking at veterinary and animal health costs, which right now show no correlation to profitability. They will also be looking at labor costs and technology.

Bodart said they feel "very confident" in the six criteria from the study and in how important they are for dairy businesses.