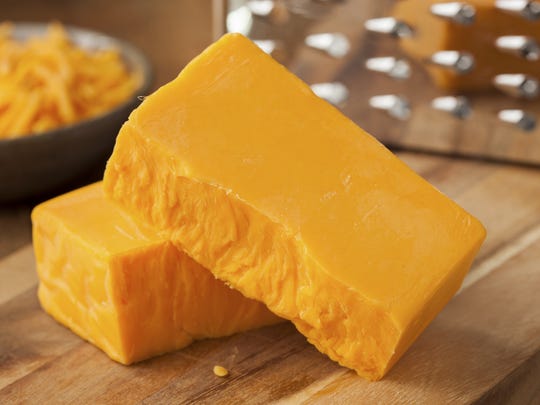 Prices for cheddar blocks reached a five-year high at $2.35 lb. for 40-lb. this month on the Chicago Mercantile Exchange. (Photo: iStockphoto)

Lower cheese production and tightened inventories combined with a modest growth in sales and exports, pushed cheese prices up to a five-year high at $2.35 lb. for 40-lb. blocks on the Chicago Mercantile Exchange.

"We haven't seen $2 cheese since November 2014," said Bob Cropp, emeritus professor in the Department of Agricultural and Applied Economics at the University of Wisconsin Madison. "I don't understand the two big drops in price, but we still have cheese prices at a level where we're looking at $18.25 cwt. for Class III milk. We've come up a long ways from $13.84 back in January."

Despite the projections of the futures market, Cropp says all signs are pointing to a rebound in the cheese market and sustained prices for dairy farmers.

"When looking at the tight supply, the level of milk production and the strong seasonal demand for cheese coming up with the holidays, I expect a recovery, at least to $2.30 lb. and there's the possibility that we'll approach that $19 Class III milk price yet," Cropp said during the September “Dairy Situation and Outlook” podcast that he co-hosts along with Mark Stephenson, director of Dairy Policy Analysis at the University of Wisconsin-Madison and director of the Center for Dairy Profitability.

Stronger cheese prices are also a precursor to stronger milk prices. Back in 2014, cheese prices topped out in September with 40-pound blocks at $2.45 per pound and barrels at $2.43 resulting in a record high Class III price of $24.60 for September 2014.

"Cheese and dry whey prices could still increase some as we approach the holiday season resulting in an October Class III price near $19 with November and December staying in the $18s," Cropp predicted.

While Stephenson said fears of a softer economy could cause prices to falter, he says a slowdown in the business cycle could be a year off.

"But with milk prices strengthening, would adding more cows be an attractive thing for farmers to do in order to salvage some of those balance sheets," he wondered.

While milk prices are now showing improvement, Cropp said it doesn't offset the financial stress and loss of equity dairy farmers have experienced from low milk prices for the past four and half years.

"I think you're still going to see farmers exiting the dairy business, so I don't see cow numbers coming up and dairy replacements are tight," Cropp said. "While some farmers may be able to afford keeping some cows around a little longer, I don't see a big surge of production here or it making a big impact on price."

Both Cropp and Stepenson agree that this year's crop season has been a challenge with wet and cool weather delaying planting, acres planted, crop yields and forage quality could reduce the increase in milk per cow.

Cropp said milk prices for the remainder of this year and into next year will depend on the level of milk production, domestic sales and exports.

Cropp says that current dairy futures are not overly optimistic for milk prices going into next year.

"The futures market has Class III at $19 cwt. in October and then has it dropping sharply to $17 in December. And then we're in the low $16s. The price doesn't reach $17 again until August and only in the low $17s for the remainder of the year, Cropp said. "The only way I see this happening is that we have a world recession and exports go to hell like they did in 2008-09 and our consumer confidence falls." 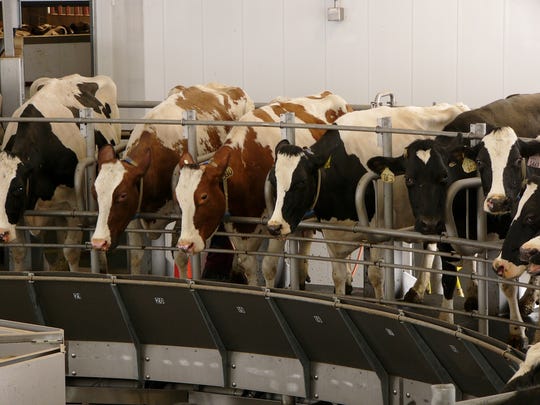 "I see 2020 bucking the trend of the futures projections with 2020 milk prices higher than in 2019," Stephenson said.

Cropp says he believes milk prices could fall after the holidays — a normal occurrence — down to high $17s or $18.

"I don't see it dropping down to $16. I might be wrong, but I'm a lot more optimistic than what the futures market is predicting," Cropp said. "I just don't see milk production surging too much. USDA has cow herd numbers building slightly, but there's not a lot of heifers out there. A 1.3% milk production increase is just enough to keep up with domestic demand, which should keep prices stronger."

Cropp says the lower volume of dairy exports this year was mostly due to lower exports to China. Lower exports of whey products and lactose accounted for much of the reduced exports to China, the result of retaliatory tariffs and the African Swine Fever which drastically reduced their swine herd.

The possible slowing of the world economy could impact exports next year. Mexico, European countries, South America, South Korea, China and others are experiencing slower economic growth. But, USDA is still forecasting exports to be higher next year.

"This is very possible since world milk production is not expected to show much growth next year leaving opportunities for U.S. exports," Cropp said.