Cold and rainy weather puts brakes on fieldwork across Wisconsin

Heavy rains interrupted fieldwork across the state last week, dumping as much as 10 inches in some areas.

Cold and rainy weather puts brakes on fieldwork across Wisconsin 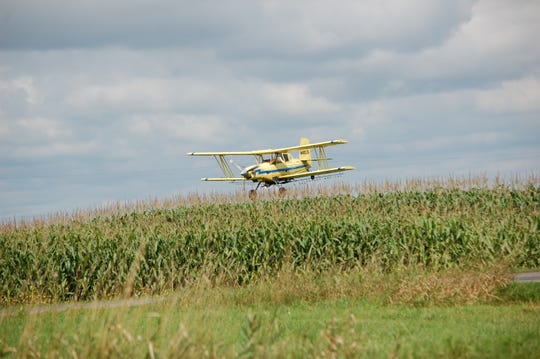 MADISON – Farmers could sure use a break in the weather.

Heavy rains interrupted fieldwork across the state last week, dumping as much as 10 inches in some areas.

According to the "Wisconsin Crop Progress & Condition Report" for the week ending Sept. 15, all activity in the field ground to a halt in Shawano County. "Farmers with oats to do yet are facing the impossible task now," the local reporter said.

Not only were grain and hay farmers stymied by the constant deluge last week, even the cabbage fields in Outagamie and Waupca County stood unharvested.

The wet week trimmed the days suitable for fieldwork back to a dismal 2.5. Many reporters who noted standing water in the fields predicted that up to a week is needed before machinery could get going again.

While soybean leaves showed substantial leaf drop up in Barron County, most fields of beans and corn would benefit from more growing degree days.

As of Sept. 15, corn silking was reported at 95% complete, while 75% of corn had reached dough stage, nearly three weeks behind last year's pace. Just 44% of corn was dented, two weeks behind average.

While a few Vernon County farmers were able to chop corn silage early in the week before the rain moved in, corn for silage harvest was at 8 percent complete, 11 days behind last year.

Soybean blooming was reported at 95 percent complete, with 88 percent of the plants setting pods, 4 weeks behind the average. Some soybean fields were beginning to turn color on a few acres up in Shawano County, with leaves coloring on 33% of the state's soybean fields. Six percent of soybeans were dropping leaves, 12 days behind last year and nine days behind the average.

Winter wheat planting was reported at 10 percent, with 3 percent of the winter wheat having emerged.

The potato harvest was moving right along with 39 percent of the harvest completed. Potato condition was rated 80 percent good to excellent.

With sunshine returning to the forecast, hay mowers were again out in the fields in Fond du Lac County trying to get a final crop in before next month's frost. The third cutting of alfalfa hay was 90 percent complete with fourth cutting at 38 percent complete - both 12 days behind last year.