Arbuscular mycorrhizal fungi is a biological additive that can improve plant growth and health. 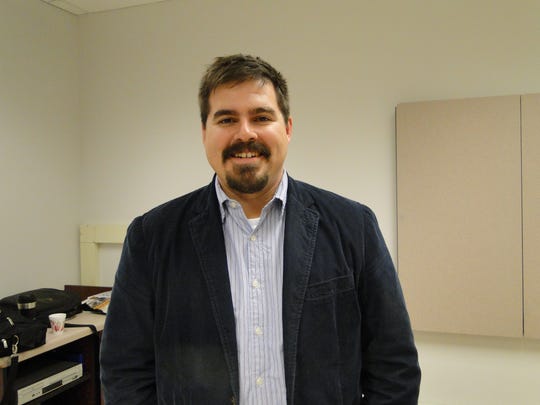 SEYMOUR – What are arbuscular mycorrhizal fungi (AMF) and what should farmers know about them?

Those questions were addressed by University of Wisconsin Extension Service soil scientist Matt Ruark at the annual meeting of the Outagamie County Forage Council.

AMF is one of the biological additives that has the potential of improving plant growth and health, supplementing the naturally present nematodes, microbes, and fungi which also affect plant performance, Ruark pointed out. Among the additives, he noted that AMF is the top seller.

A special trait of AMF is how it moves from the soil into the plant cells, thereby growing within the roots to help nutrient uptake, lower the threat from pathogens, and reduce the plant stress during difficult growing conditions, Ruark explained. He said this applies to most field crops and plants but not including radish, canola, cabbage, and other brassicas.

AMF, which has a natural presence, produces a glomalin, which is sticky substance that is good for the soil and plants, Ruark stated. He noted that the natural production of glomalin is hindered by soil tillage, monoculture cropping, the use of systemic fungicides, and excess phosphorus in the soil but is aided by manure and cover crops other than radish and brassicas.

Regarding the use of AMF on alfalfa, Ruark suggested yield increases are likely when there is stress in growing conditions. He emphasized, however, that most AMF testing with alfalfa has been conducted in greenhouse settings. “I don't know” if a grower should apply it in field setting, he remarked. 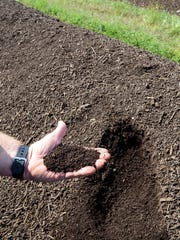 Arbuscular mycorrhizal fungi (AMF) is a biological additive that has the potential of improving plant growth and health. (Photo: UW-Madison CALS)

Ruark also mentioned trichoderma fungi which, unlike AMF, live around rather than within plant roots and are used by all plants. As with AMF, there have been few trials and growers should compare industry claims with university trials and be aware that those with favorable results are the most likely to be published, he cautioned.

With any biological or other additive, Ruark stressed that they should be worth the cost and be suited to the soil traits, growing conditions, and the crop being grown. He's confident that those available in the commercial market are not “snake oil.”

Ruark has not conducted any formal research with those fungi. He advised anyone interested in the topic to check the raw data which is available on the Iowa State University website.

Retiring forage council president Kyle Much, who is a crop consultant with Knutzen Crop Consulting, reported that in 2018 the firm conducted trials with four species of mycorrhizal fungi on farms near Weyauwega, New London, and Bear Creek. The products were supplied by Valent.

A dry product applied at two pounds per acre (cost of $14) on alfalfa boosted the per acre yield by 382 pounds on one of the farm plots and the plants were taller but the yield at one treated plot was 132 pounds less, Much pointed out. “The results were variable.”

A two ounce per acre liquid application (cost of $10) of a mycorrhizal fungi on corn resulted in larger plant roots, an average per acre yield increase of six bushels on several corn hybrids, and much higher test weights across the board, Much reported. He said Valent offers a refund of up to $9 per acre if the results are not beneficial.