Dairy Farmers of Wisconsin CEO Chad Vincent weighs in on the challenges farmers have endured over the past 5 years. 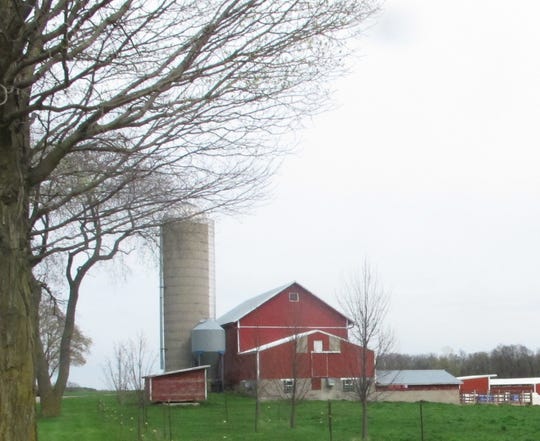 Amid a fifth year of challenging low milk prices and uncertainties about the tariffs that affect dairy product exports and hinder prospects for price improvements, Dairy Farmers of Wisconsin chief executive officer Chad Vincent described the current status of the dairy industry as “painful for everybody". (Photo: Cara Lombardo, AP)

NEUERN – Amid a fifth year of challenging low milk prices and uncertainties about the tariffs that affect dairy product exports and hinder prospects for price improvements, Dairy Farmers of Wisconsin chief executive officer Chad Vincent described the current status of the dairy industry as “painful for everybody.”

Vincent has led the DFW (formerly the Wisconsin Milk Marketing Board) for the past 30 months, shared his viewpoints with attendees at Kewaunee County's June Dairy Month kickoff breakfast. Throughout his consumer products career, Vincent has also held positions with Heinz, Fiskars, and Miller Brewing before being at the Plymouth-based Sartori Cheese for seven years.

In his presentation to the breakfast crowd, Vincent highlighted the strengths of the dairy sector, particularly in how Wisconsin compares to some other areas of the country.

Regarding the exporting of cheese, Vincent noted that the tariff disputes with Mexico and China affect the number one and five destinations for cheese exports. He said the uncertainty from day to day or week to week is troublesome for processors.

With Mexico, export volumes have remained fairly stable thanks to the previous relationships between seller and buyer and to agreements between those parties to absorb most of the tariff costs, Vincent pointed out. “But that can't go on forever.”

“Not long ago, we were hoping we were over the hump with Mexico on the tariffs. But every day is a new surprise,” Vincent remarked.

As a result of the tariff disputes between the United States and other countries, “the European Union is taking over more of the cheese export volume,” Vincent indicated. “That means less use of Wisconsin milk for the export market.” Of the milk produced in Wisconsin, nearly 90 percent is used to make cheese.

Within the state, the dairy industry is essential to “keeping rural Wisconsin vital and alive,” Vincent stated. “If we lose the dairy industry, it would be horrible for the whole state. The impact on rural areas would be terrifying.”

“It's sad to see the impact on families” as the number of licensed dairy farms in Wisconsin has shrunk from 45,000 to less than 8,000 during the past four decades, Vincent continued. Because there is “no next generation” in many cases, those farm numbers will continue to decline even if much better milk prices come along, he indicated.

Despite the cutback in operating dairy farms, “Wisconsin's milk production volume is up and the processors find a home for it,” Vincent pointed out. “Wisconsin is still the envy of the country in the dairy industry.” He noted that in the Southeast states much of the milk has to travel for 6 to 12 hours to reach a processing plant.

As to what's ahead for dairy farmers in the state, Vincent hopes that “all can stay if they wish.” He sees the diversity of the state's dairy sector as a definite strength and sees value in the proposals offered by the state's 2.0 Dairy Task Force.

Another strength is Wisconsin's dairy infrastructure, Vincent observed. “We're eons ahead of the rest of the United States on that.”

“It's not all negative,” Vincent concluded in his remarks to the Wisconsin State Farmer. "It hurts consumer sentiment and sales volume to dwell heavily on the negatives." 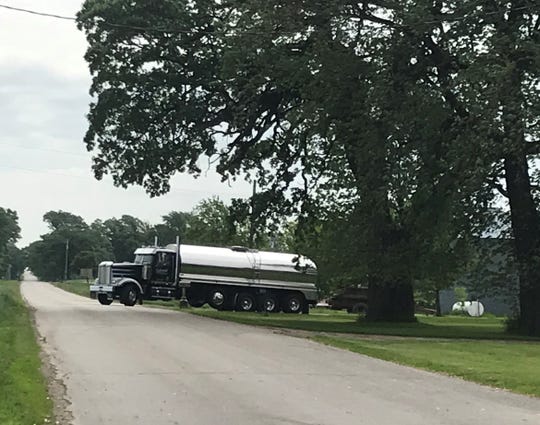 The number of licensed dairy farms in Wisconsin has shrunk from 45,000 to less than 8,000 during the past four decades. Because there is “no next generation” in many cases, those farm numbers will continue to decline. (Photo: Colleen Kottke/Wisconsin State Farmer)

In his presentation to the kickoff breakfast crowd, Vincent cited the often mentioned $43.4 billion annual value of the dairy sector to the state's economy (up from $18 billion as recently as 1997), its direct support of about 60,000 jobs, the more than 200 dairy processing plants, 350 milk hauling enterprises, and about 120 educational units with a dairy link.

Despite such impressive numbers, the dairy industry “is facing a lot of pressure today,” Vincent acknowledged. One example, quite unlike as recently as 10 years ago, is that Wisconsin's legislature has only three members who have an agricultural background, he pointed out.

Another factor is how there is “less interaction between rural and non-rural residents” than in previous generations, Vincent observed. For that reason, it is crucial for farmers to “tell their story” in the venues that are available today in order to “build trust,” he stressed.

On that point, Wisconsin fares much better than elsewhere in the country by having 54 counties with active dairy promotion groups, 72 dairy breakfasts or similar events compared with only two similar events in neighboring Michigan, and special promotions such as the Wisconsin Timber Rattlers baseball team renaming itself “Udder Tuggers” for one day, Vincent remarked.

Other ongoing promotions are spots on the Milwaukee Brewer radio broadcasts and the showing of the “I'm a Wisconsin Dairy Farmer” video on the large screen before Brewer home games and as a preview to movies at Marcus Theaters during June in addition to being available on YouTube.

As part of his presentation, Vincent showed the video featuring dairy farmer Ron Brooks of Waupaca. “Knowing you helps with consumers,” Vincent said of farmers.

In an era when the populace “does not agree on much,” Vincent cited national surveys which indicate a 58 percent rating of trust in the dairy industry (higher than for any other sector) and relatively high ratings for belief in the nutritive value and safety of dairy products along with a favorable rating in the belief that dairy animals are being treated humanely.

On what Vincent described as “it might not feel like that every day” items, 55 percent of Wisconsin's respondents to a survey believed that dairying is the most important sector in the state's economy, 86 percent want it to remain strong, 92 percent agree consumers ought to buy Wisconsin dairy products, and 80 and 77 percent respectively believe that the dairy sector is appropriate for land stewardship and sustainable practices. “It's hard to have 90 percent agreement on hardly anything.” 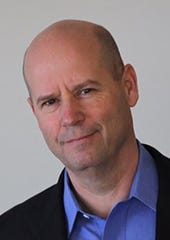 From the viewpoint of Dairy Farmers of Wisconsin, Vincent believes the state is in a strong competitive position, particularly because one or more of its cheeses can be found in 98 percent of the supermarkets in the country. The state's reputation for quality cheeses builds the market and consumer trust, he said.

“But exports are very important,” Vincent stressed. “The United States has a low rate of domestic births. Ninety nine percent of the world's population growth is outside the United States.”

Vincent cited Asia as a growing market for dairy exports and noted that Dairy Farmers of Wisconsin hosted 13 buyers from around the world in 2018 for visits to dairy farms and cheese and butter plants. “It usually takes a year for results” but this effort has already resulted in deals worth $1 million to $10 million, he reported.

Vincent invited dairy farmers and processors to call him.

“My staff wants to make things better for the dairy farmers of Wisconsin,” he said.