Judge: Anheuser-Busch must pull some ads about MillerCoors

MillerCoors: Anheuser-Busch should be trying to grow the beer market, not "destroy it through deceptive advertising."

Judge: Anheuser-Busch must pull some ads about MillerCoors 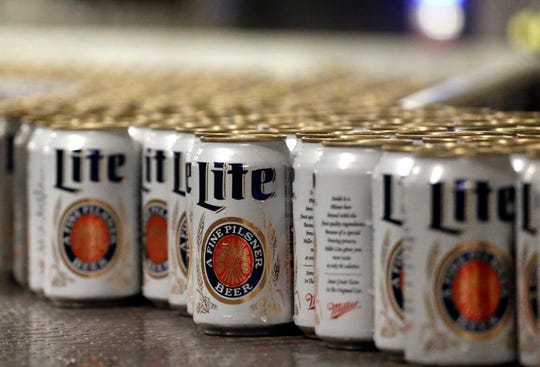 U.S. District Judge William Conley for the Western District of Wisconsin on Friday granted a preliminary injunction sought by MillerCoors that temporarily stops Anheuser-Busch from using the words "corn syrup" in ads without giving more context.

MillerCoors sued its rival in March, saying St. Louis-based Anheuser-Busch has spent as much as $30 million on a "false and misleading" campaign, including $13 million in its first commercials during this year's Super Bowl.

However, the ruling did not affect all of Anheuser-Busch's advertising targeting MillerCoors, allowing the commercials that premiered at the Super Bowl to keep airing.

Anheuser-Busch's ad drew a rebuke from the National Corn Growers Association, which thanked MillerCoors for its support. In its lawsuit, MillerCoors said it's "not ashamed of its use of corn syrup as a fermentation aid."

Corn syrup is used by several brewers during fermentation. During that process, corn syrup is broken down and consumed by yeast so that none of it remains in the final product. Bud Light is brewed with rice instead of corn syrup, but Anheuser-Busch uses corn syrup in some of its other beverages, including Stella Artois Cidre and Busch Light beer.

MillerCoors applauded the ruling and said Anheuser-Busch should be trying to grow the beer market, not "destroy it through deceptive advertising."

"We are pleased with today's ruling that will force Anheuser-Busch to change or remove advertisements that were clearly designed to mislead the American public," said MillerCoors CEO Gavin Hattersley.

Anheuser Busch, however, called the ruling a "victory for consumers" because it allows the brand's "Special Delivery" Super Bowl ad to continue airing.

That ad showed a medieval caravan pushing a huge barrel of corn syrup to castles for MillerCoors to make Miller Lite and Coors Light. The commercial states that Bud Light isn't brewed with corn syrup. Anheuser Busch said the ad would air as early as this weekend.

"As the number one selling beer in the U.S., Bud Light remains committed to leading the alcohol industry by providing more transparency for consumers including letting them know about the ingredients that are used to brew their beer," said Cesar Vargas, Anheuser-Busch vice president of legal and corporate affairs.

Judge Conley ordered Anheuser Busch to temporarily stop using advertisements that mention corn syrup without references to "brewed with," ''made with" or "uses," or that describe corn syrup as an ingredient in the finished products.

Anheuser Busch said those ads are no longer up and the company had no plans to continue using them.

Judge Conley also denied an Anheuser Busch motion to dismiss the case, saying it was likely to succeed in proving misleading statements and some harm to the reputation of MillerCoors.

Chicago-based MillerCoors and Anheuser-Busch have the biggest U.S. market share at 24.8 percent and 41.6 percent, respectively, but they've been losing business in recent years to smaller independent brewers, imports, and wine and spirits, according to the Brewers Association.

MillerCoors maintains Anheuser-Busch is preying on health conscious consumers who have negative connotations of corn syrup, sometimes confusing it with the high-fructose corn syrup in sodas.

The feud threatens to disrupt an alliance between the two companies to work on a campaign to promote the beer industry amid declining sales.