Agricultural consolidation has been around a long time. 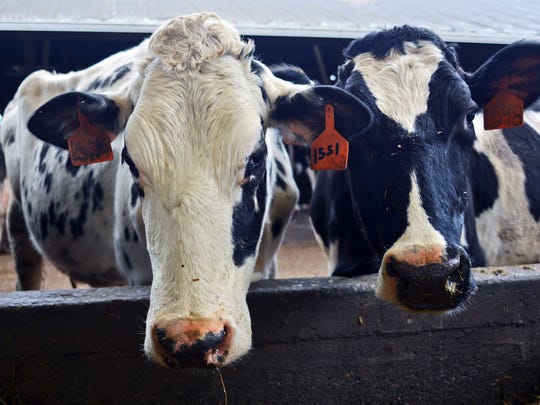 Exit rates for dairy farmers were 7.9 percent in Wisconsin and 9.45 percent in Minnesota for 2018. (Photo: Charles Biles, AP)

MADISON - The number of U.S. dairy farmers peaked in 1930 — well earlier than the memories of most people in the dairy business today — and that number has been dropping steadily over the decades. But in the past year “it feels a little different,” says Marin Bozic, assistant professor in the Department of Applied Economics at the University of Minnesota.

The dairy “consolidation” brought on by four years of farm-gate milk prices below many farmers’ cost of production has meant that nearly 700 Wisconsin dairy farmers have exited the business in the last year. For many farmers, 2018 was the year that broke the dam, he noted in a presentation at the Wisconsin Agricultural Outlook Forum in Madison on Jan. 29.

Exit rates for dairy farmers were 7.9 percent in Wisconsin and 9.45 percent in Minnesota for 2018. “To find another year with that high an exit rate we have to go back to the 1970s. These are not timed, planned retirements. They were forced to do it. They had no other choice.”

Agricultural “consolidation” Bozic says, is “as old as civilization itself. So why are we lamenting consolidation?” 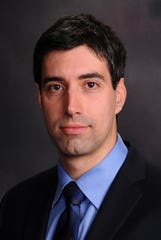 In 1965 there were a million dairy farmers in the United States and there has been an exponential decrease in those numbers to the current time — where there are roughly 40,000 left.

An analysis of the statistics shows that the number of U.S. dairy farms drops 40-50 percent every decade while average farm size nearly doubles, he noted.

The number of U.S. dairy cows was stable, he noted, from the year 2000 as the U.S. share of world dairy trade volume continued to rise. That share dipped in 2009 with the global recession but again began to rise after that. With high export levels and dairy products moving out of the country, cow numbers could remain stable.

What he called the “golden era” of U.S. exports lasted until 2015 when the European Union abolished milk quotas and farmers there could produce more milk. To keep the size of the U.S. dairy herd stable, we need to export 40-50 percent of our milk based on incremental skim solids — the protein and lactose. “The single most important reason why U.S. dairy producers did not enjoy decent profit margins since 2015 is languishing exports,” he said. “Without exports, markets need to depress the milk price sufficiently to incentivize herd contraction.”

“Our dairy herd grew when we continued to steal market share from other dairy exporting countries.”

Cow productivity continues to grow and has grown significantly more than our domestic population, he noted. Under those conditions, simple economics dictate that we must reduce the number of cows and/or increase the per-capita consumption of dairy products and/or increase exports.

Bozic noted that in the absence of U.S. dairy exports — disrupted by trade and tariff skirmishes — other large dairy exporting nations have rushed in to negotiate preferential dairy access to selected markets. Former dairy export destinations which are forging new trade agreements without the United States include Mexico (our top export destination for dairy), China, Canada, South Korea, Japan, Indonesia, Malaysia, Vietnam and Thailand, he said.

“This does not bode well for U.S. dairy exports. It’s easy to say that Washington is irrational but trade wars are not about agriculture. We are collateral damage,” he said.

Ways to change the picture

Bozic suggested several ways to change the situation on dairy farms. One would be to combine on-farm work with off-farm entrepreneurships that does not require the farmers to physically leave the operation. He also pointed out that outstanding cow and cost management still makes a big difference for small and medium-sized farms.

He suggested that growth through lateral partnerships and income subsidies would be other ways to move forward. Some in the dairy industry believe that there should be mandatory supply management.

Bozic noted that the federal farm bill’s Dairy Margin Coverage (DMC) is a “massive” improvement over the last farm bill’s Margin Protection Program. Statistics showed how little financial help farmers got from the MPP from 2015-2018. It was improved slightly when Congress tinkered with it in the Bipartisan Budget Act.

He explained what farmers would have gotten during those years under the new program — assuming they signed up at the $9.50 coverage level — showed a massive influx of payments to farmers. In late 2016, payments would have reached as high as $3.50 per hundredweight.

The original MPP program averaged a minus-15 cent payment to farmers from 2015-2018, while the Bipartisan Budget Act improved that to an average of plus-20 cents to farmers. If the new DMC had been in place for those same years, he calculated that farmers would have averaged plus-$1.07 in payments.

This new DMC — the administration of which has been delayed due to the 35-day government shutdown — is something that will be in place for the next five years, the duration of the farm bill. As such it isn’t something that can be used to plan the next 30 years, he said. “It may help farmers be more in charge of planning their retirement.”

Those are the farms he called “last-generation dairies.” The new federal dairy support program will likely show down U.S. consolidation rates in 2019, he said.

Going forward, the dairy industry will likely see more multi-site dairy agribusinesses, he said, as those farms get larger. As small dairy farms, a category he listed as 300 cows, start feeling less pressure to exit, medium-sized farmers — 500 to 2,000 cows — “will carry more of the burden for matching supply and demand and we might see a higher exit rate in this category.”

Family ownership may give way to non-family partnerships and expansions of these farms may be financed with external equity rather than relying on retained earnings for expansions.

In the future these larger farms will no longer be constrained to one milk-shed as it has become necessary to escape the constraints of local processing capacity limits.

“A larger percentage of milk will be produced by dairies that are not “last generation,” he said.

Productivity gains, changes in dairy production models, liberalization of milk production in the EU and trade disorders are factors driving consolidation in the United States. Three of those four factors will continue to stimulate higher-than-historical consolidation.