A number of protests are anticipated for Monday in response to President Donald Trump's planned rally at the El Paso County Coliseum.

A number of protests are anticipated for Monday in response to President Donald Trump's planned rally at the El Paso County Coliseum.

Trump is expected to make a campaign stop in El Paso at 7 p.m. Monday at the El Paso County Coliseum. Earlier this week, Trump said El Paso used to be "one of our nation's most dangerous cities" that saw its crime rates decline after the construction of a border fence. Local, state and federal data show that this is not the case.

City leaders have denounced Trump's comments on El Paso ahead of his visit Monday. It's unclear how many people will turn out at both the rally and the protests. 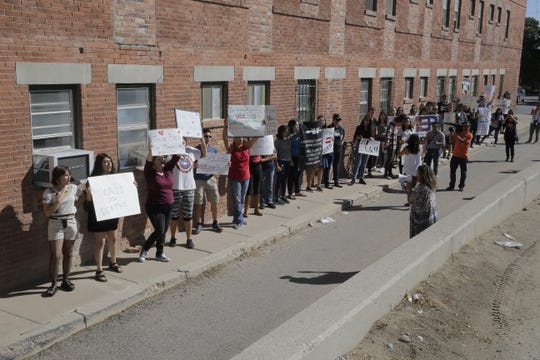 Protesters jeered plans for the construction of a border wall in the Chihuahuita neighborhood of El Paso, Texas. The Border Patrol announced details of the plan at a press conference Friday, Sept. 21. (Photo: Ruben R. Ramirez / El Paso Times)

Several El Paso groups are partnering to organize a protest in front of the El Paso County Coliseum on Monday from 5 to 8:30 p.m. About 750 people had signed up for the event on Facebook as of Wednesday afternoon.

The group is inviting people to join a "peaceful and vocal protest." The details and location could change, according to the group's Facebook page.

No Border Wall, No Lies

The Border Network for Human Rights is organizing a protest Monday from 5-8 p.m. Monday. The protest will be held on San Marcial Street in front of Bowie High School in South El Paso. 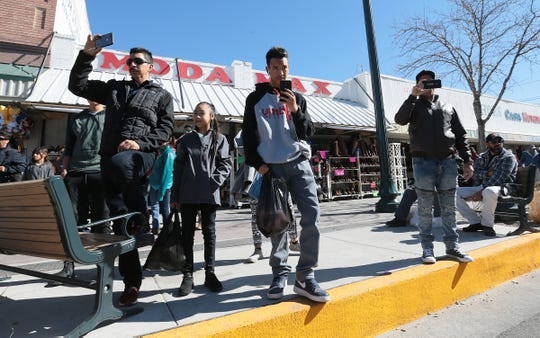 The protest is described on the group's Facebook page as a "massive demonstration around Trump's visit to El Paso and his hate narrative, racism and lies about the reality of the border."

FACT CHECK STATE OF THE UNION: Trump says El Paso among most dangerous cities until fence

"El Paso is a strong and safe community because of its people and its values," representatives said in a news release. "Border communities are a place of opportunity and hope. Trump’s fixation on a border wall and his distortions of life in El Paso and along the border are unacceptable. Our communities will always stand to include immigrants, oppose racism, and defend the truth. All of us must make a choice about whether we stand up for the truth or allow Trump to degrade our dignity and rights."

About 150 people had signed up for the event on Facebook as of Thursday afternoon.

A Gofundme account has been set up to raise money to bring a "Baby Trump" balloon to El Paso. The $3,500 cost would cover transporting the balloon from California to El Paso and filling it up. As of Thursday afternoon, $75 had been raised.

As of Thursday, there were no known organized pro-Trump rallies reported besides the actual Make America Great Again rally, but the El Paso Republican Party is encouraging supporters to sign up for tickets to the event on its Facebook page. 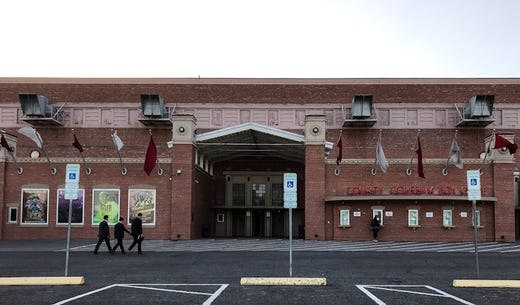 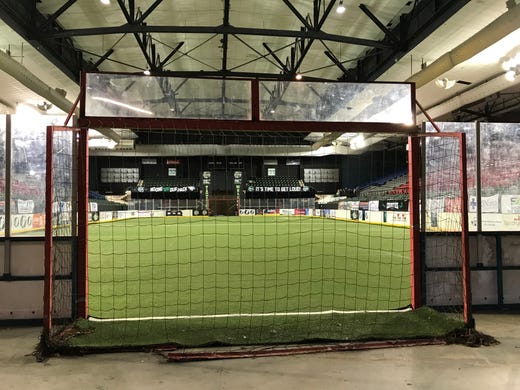 The El Paso County Coliseum on Wednesday, Feb. 6, 2019, was set up with turf on the floor for soccer. Samuel Gaytan/El Paso Times
Fullscreen 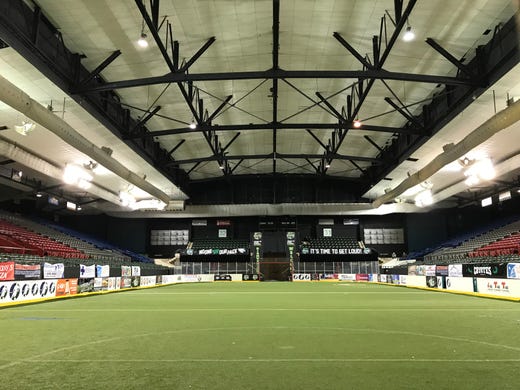 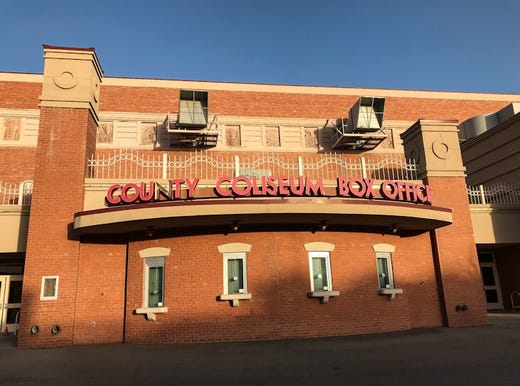 The box office on the western side of the El Paso County Coliseum is closed Wednesday, Feb. 6, 2019, but the eastern side had a working box office. Samuel Gaytan/El Paso Times
Fullscreen 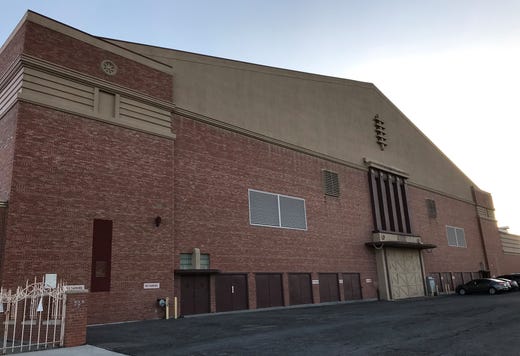 The west side of the El Paso County Coliseum is shown. Samuel Gaytan/El Paso Times
Fullscreen 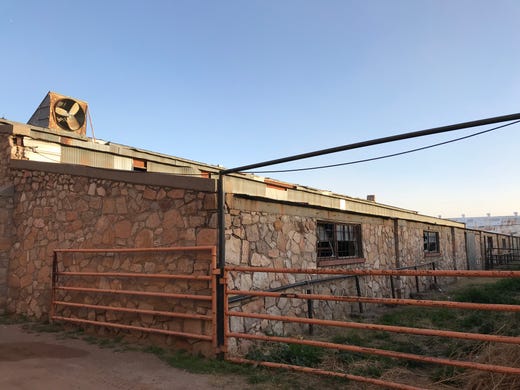 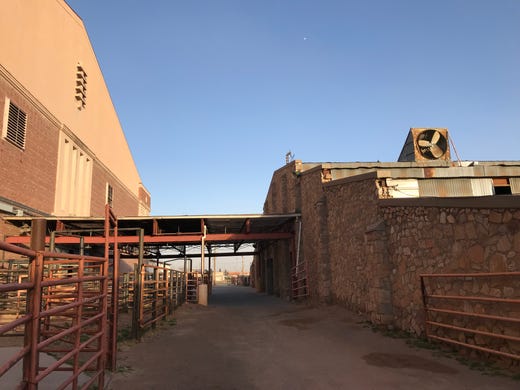 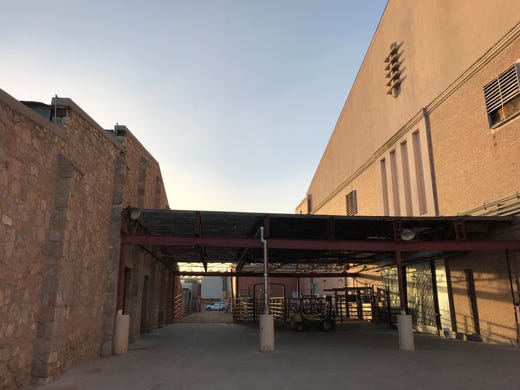 A rock building is connected to the rear of the El Paso County Coliseum by a covered walkway. Samuel Gaytan/El Paso Times
Fullscreen 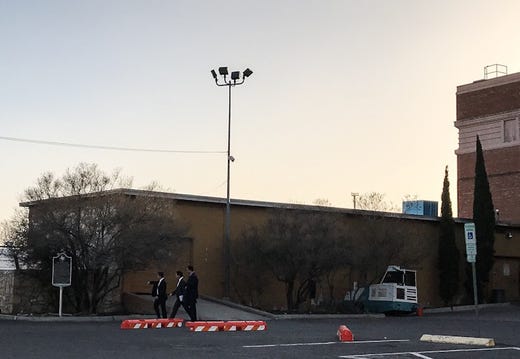 Those interested in attending Trump's rally can get two tickets on his website. Those attending will need a text-capable cellphone for confirmation. They are also encouraging local Republicans to volunteer at the event by visiting DonaldJTrump.com.