Judge says DBA and DNR violated state law when the two reached an out of court agreement in the fall of 2017 regarding recent rule changes. 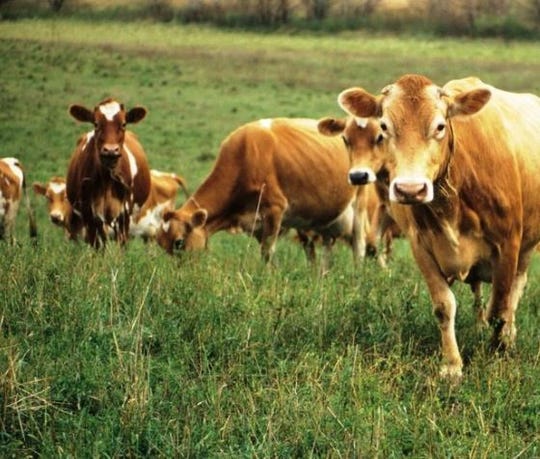 Judge says DBA and DNR violated state law when the two reached an out of court agreement in the fall of 2017 regarding recent rule changes (Photo: Stockphoto)

MILWAUKEE – A Milwaukee County Circuit Court judge has ruled that a settlement that the state Department of Natural Resources reached with a farm group over livestock farm regulations violated state law.

Milwaukee County Circuit Court Judge William Pocan issued his decision on Jan. 11, siding with a handful of environmental groups who challenged the out of court settlement between the DNR and the Dairy Business Association (DBA) reached in 2017.

In March 2018, Judge Pocan denied the DNR's motion to dismiss a case brought by Midwest Environmental Advocates (MEA) on behalf of the Clean Water Action Council, Clean Wisconsin, Friends of the Central Sands, Milwaukee Riverkeeper and the Wisconsin Wildlife Federation alleging that the settlement between the DNR and the DBA opened the door to pollution and thwarted meaningful public participation.

The ruling last week was heralded as a win by clean water groups who alleged that the settlement changed DNR  permitting policies and rules without going through the official rule-making process.

The DBA filed a lawsuit in July 2017 alleging the DNR improperly blocked farms from using vegetation patches to filter pollution, improperly assumed oversight of calf hutches and illegally required farms to get pollution permits regardless of actual pollution.

The DNR settled the case in October, 2017, agreeing vegetation patches are valid pollution-control systems and to stop regulating hutches. The DBA agreed to drop its illegal permit claims.

At the time, MEA Attorney Sarah Greers said the group had hoped to "invalidate terms of the DBA-DNR settlement" and would ask the court to declare that the settlement violated the law because it "changed DNR policy."

"This case illustrates the importance of public scrutiny and citizen action to hold industrial livestock operations and our government agencies accountable to the law," said Greer in a news release this week.

George Meyer of the Wisconsin Wildlife Federation said "people in every corner of the state are increasingly concerned about the safety of their well water and health of their lakes and streams".

"We chose to intervene in this case to prevent the DNR from taking a major step backward in environmental law enforcement by giving in to business lobbyists," he said in a news release.

Following the ruling in late October, former DNR spokesman James Dick said that the settlement did not change any current environmental protections.

"Pollution that makes it through the vegetation patches into navigable waters will still be regulated under state and federal law and comply with state water quality and groundwater standards," he said.

Because DBA is not a party to the recent litigation, the group has not seen Pocan's ruling, said Director of Public Relations Jamie Mara.

"Although DBA was involved in the agreement that is in dispute, the parties are the environmental groups and the DNR. Therefore, we don’t feel comfortable commenting at this point, Mara said.

Andrew Savagian, section chief for the Office of Communication under the Evers Administration said the DNR is in the process of reviewing the circuit court ruling with DOJ attorneys.