For the second year in a row, the winner of Wisconsin's Fairest of the Fair hails from northeast Wisconsin. 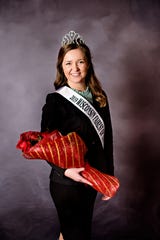 Meghan Buechel of Brown County was named the 2019 Wisconsin Fairest of the Fair, during the annual Wisconsin Association of Fairs Convention on Wednesday, Jan. 9, succeeding Isabella Haen of neighboring Kewaunee County who held the title in 2018.

Buechel topped the field of 42 contestants—the highest number in the history of the competition—representing county and district fairs throughout the state. Sharla Boehlke of Ozaukee County was named first runner-up. Finishing out the Top 5 was Molly Mcilquham, Northern Wisconsin State, second runner-up; Morgan Rynish, Outagamie County, third runner-up and Emily Franke of Fond du Lac, fourth runner-up. Voted for her congeniality was Abigail Bralick of the Waukesha County Fair.

Each year the Wisconsin Fairest of the Fair travels throughout the state promoting the educational, agricultural, social, and cultural opportunities available during Wisconsin’s fairs and other events including Farm Technology Days and farm breakfast events during June Dairy Month.

Buechel said the road to the state title began at the Brown County Fair in 2018 when she was the sole candidate seeking the title of the Fairest of the Fair. 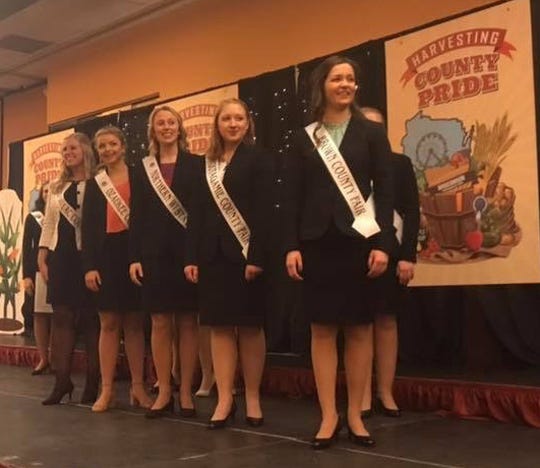 "I felt that I had to step up and prove that I was worthy of that title. During that year I grew personally and professionally and discovered my love of connecting with people of all different backgrounds and experiences at the fair," Buechel said.

Stepping into the role of Wisconsin's Fairest of the Fair seemed to be a continuation of that journey, the UW-LaCrosse junior said.

"There was no way I would say no to a position that would allow me to continue on this path," she said. "I love being involved in the fair!"

Each year, the Wisconsin Fairest of the Fair travels throughout the state making appearances at fairs and special events. And in August, she serves as the official host of the Wisconsin State Fair during its 11-day run.

This task includes greeting fairgoers and special guests, performing as the master of ceremonies for several events during State Fair, participating in various contests and representing State Fair during select media appearances.

“We look forward to welcoming the Fairest of the Fairs to the Wisconsin State Fair staff each year,” stated Kathleen O’Leary, CEO of Wisconsin State Fair Park. “Meghan demonstrated a true passion for the fair and agriculture industry and rose to the top in a year when we had a record number of young women competing for the honor and responsibility of being Fairest of the Fairs. Congratulations to Meghan and to all of the 2019 contestants.”

The Wisconsin Fairest of the Fairs program was created 53 years ago to select an ambassador for the Wisconsin Association of Fairs, which represents 75 Wisconsin county, district and state fairs.

Giving it her all

Buechel, 20, says she has a tendency of pouring herself wholeheartedly into her endeavors.

"Mastering time management was a learning process. But at the end of the day, I know this position is a commitment of a lifetime and I'm definitely going to pour myself into this," she said with a laugh. "The advice I'm getting from a lot of people is to simply have fun and make this experience your own. And in doing that, you will love what you're doing."

Buechel is the daughter of Bill and Jen Buechel of Wrightstown and she is attending UW LaCrosse, pursuing a degree in Microbiology with plans to attend grad school and earn a degree in occupational therapy.

She currently works in the Microbiology Prep Room at the University as a lab assistant and at Gundersen Heath System as a rehabilitation technician. Buechel has also volunteered as a physical activity mentor for persons with disabilities and special needs children.

During her reign, outgoing Wisconsin Fairest of the Fair Isabella Haen says she has traveled 13,637 miles, criss-crossing the state of Wisconsin meeting fairgoers and sharing her love of agriculture and her passion for the fair industry.

"On the sunset of my last fair, all I could say was how incredibly proud I was of myself, our youth, and the volunteers who made up our 2018 fair season," she said.

The best advice that Haen has given future Fairest of the Fair contestants?

"Remember, it only takes 15 seconds to introduce yourself and make a new friend," she said. "After all, we can never have too many friends."

During the annual convention, nearly 1,000 fair and associate members network and attend educational workshops, a trade show, as well as showcases of entertainment.