Cutting meat since he was in middle school, Iowa meat processor says it's time to retire. 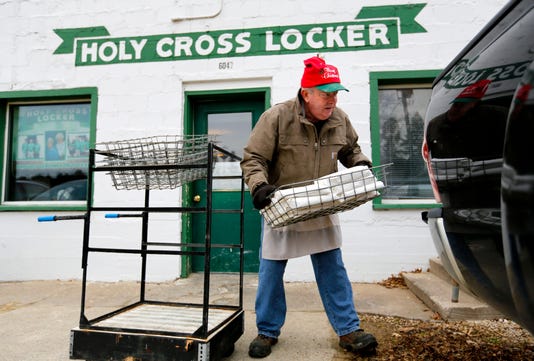 He jotted down the order on a piece of paper and pinned it to a wall already smothered with similarly sized notes.

Thirty packages. Sixty pounds. It was a larger-than-usual order for the Holy Cross Locker. But practically every order for the past few weeks has been of a similar size.

"People are in panic mode," Hayes told the Telegraph Herald . "We got a guy coming up from Minnesota who ordered 100 pounds."

Those massive orders started coming in November, shortly after Hayes announced that after 72 years in business, the Holy Cross Locker will permanently close Dec. 29.
Founded in 1946 by Vic Brecht and Louie Hayes, who was Bob's father, Holy Cross Locker has been one of the cornerstone meat processors in the tri-state area for generations.

Much of the business remains the same as it did more than 70 years ago. A chipped wood countertop sits at the entrance. Ink-stained meat-labeling stamps dangle from the wall. Family photos hang on the massive freezer door.

Hayes can't remember when he started working at the locker with his father. He's pretty sure by middle school he was slicing up cuts. But what he is certain of is that the locker has been a second home for his entire life. 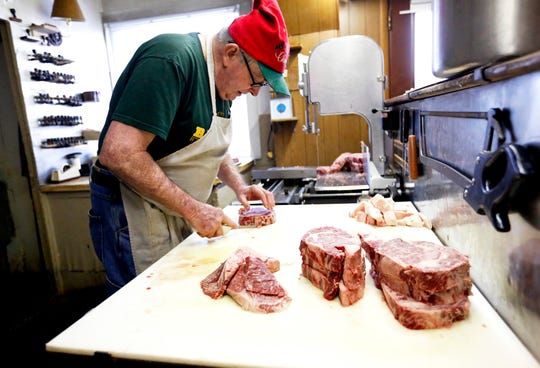 "I was not a Rhodes scholar," Hayes said. "The day after I graduated from Loras College, I was in the locker."

Now, at 67 years old, he's hanging up the smock. It's not that he is tired of meat processing, he said. It's just time to move on.

"I haven't seen it all, but I've seen most of it," Hayes said. "What I can say is I'm not looking forward to retirement, but I'm not dreading it either."

The locker's closing will hit meat enthusiasts throughout the tri-state area and beyond. Holy Cross Locker is known for producing some of the finest smoked sausage, with many farmers claiming it has no equal.

"The one comment we hear over and over again is that it's the closest they have had to what they had growing up on the farm," Hayes said.

Joining Hayes at the shop are his two longtime employees, Marty Bries and Sherrie Hogan, both of whom have been at the locker for more than 20 years. Bries usually can be found behind the counter, chopping up hunks of meat. Hogan often was in charge of stuffing the sausage.

Throughout their time at the locker, they shared plenty of memorable moments. Like the time when a cow being delivered for slaughter broke free and fled down the streets of Holy Cross.

"We had a lot of great times here," Hogan said. "It's going to be a sad day when it closes up." 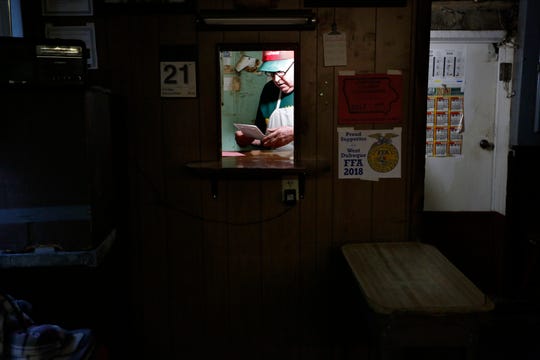 While Hogan and Bries prepare for the locker's final day, so too do the customers.
On Dec. 21, about 650 pounds of smoked sausage were stuffed. The locker sold a little less than 8,000 pounds of sausage in the previous year. Hayes said he is amazed by how much meat people are ordering.

"I tell them that it's not going to be as good after six months, so they should be careful about ordering so much," Hayes chuckled. "They just tell me, 'That's okay. We'll just put more ketchup on it.'"

In order to keep his customers satisfied after he is gone, Hayes has given his secret smoked sausage recipe to Wholesale Meats & Processing in Dyersville, which will be selling Holy Cross Locker's sausage at the beginning of next year.

While he enjoys working with meat, Hayes said he mostly is going to miss the people, whether it be his customers or his longtime employees who he now considers family.
Still, he's looking forward to his retirement. All that stands in the way now is a few thousand pounds of meat.