While the U.S. economy roars along, farm economy continues to struggle

If realized, total ag-related expenses in 2018 would be at the highest level since 2014.

While the U.S. economy roars along, farm economy continues to struggle 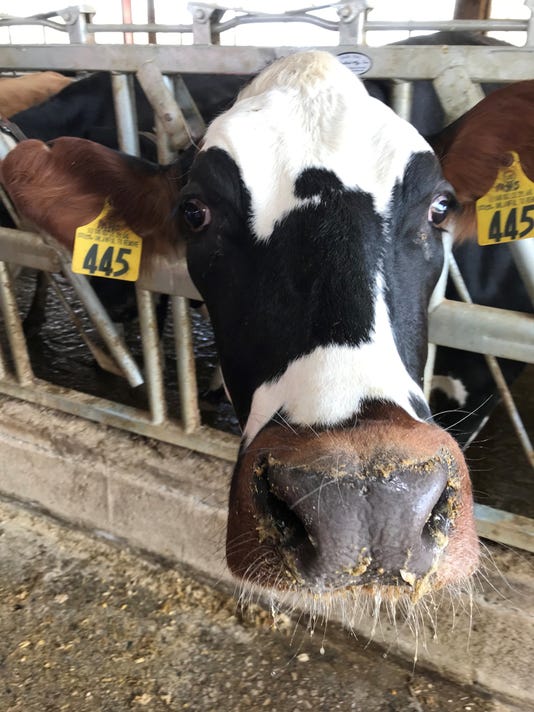 The U.S. economy continues to outperform expectations. Year-over-year growth in gross domestic product has been positive for 36 consecutive quarters, unemployment is the lowest in nearly 50 years and inflation remains mostly flat (U.S. GDP Growth Continues Impressive Run). While the U.S. economy roars along, the farm economy continues to struggle.

Driven by higher cash-related farm income, ad hoc disaster assistance and trade-based market facilitation program payments, as well as higher-than-anticipated crop yields and record production of many livestock-related products such as milk, pork and beef, gross agricultural cash receipts in 2018 are projected at $423 billion, up 1.5 percent, or $6.3 billion, from prior-year levels. If realized, this total would be $10 billion below the 10-year average and $47.5 billion below 2013’s record high. When adjusted for inflation, gross cash receipts are down 0.8 percent, $22 billion below the 10-year average and nearly $80 billion less than the record $501 billion in 2014. 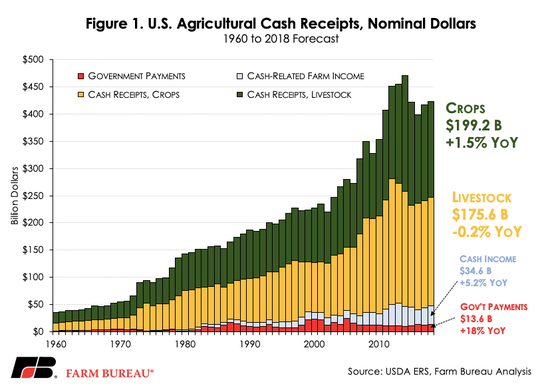 Total agricultural-related expenses in 2018 are projected at $369.1 billion, up $14.8 billion, or 4.2 percent, from prior-year levels. If realized, total expenses in 2018 would be at the highest level since 2014. After adjusting for agricultural inventory and home-consumption of farm products, net farm income in 2018 is projected at $66.3 billion. This total is slightly higher than USDA’s February and August net farm income projection – reflecting updated expectations for commodity prices and production as well as the distributions of ad hoc disaster program payments.

One factor contributing to higher net farm income in 2018 (relative to earlier USDA projections) is the inclusion of ad hoc disaster and trade-related payments to farmers and ranchers. Previous Market Intel articles have reviewed the initial market facilitation program payments of $4.7 billion: Trade Aid Round One: A State Perspective and Trade Aid Round Two: A Per-Acre Perspective. 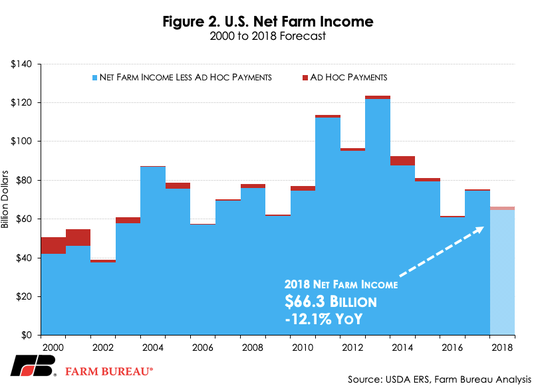 The most recent farm income projections line up with earlier forecasts for a 12 percent drop in 2018. The decline in farm profitability reflects lower commodity cash receipts in some categories, i.e., soybeans and dairy, but also higher cash receipts in other categories such as corn or poultry.

Several bright spots, however, are on the horizon. First, a farm bill is very likely in the coming weeks – providing much-needed risk management certainty to farmers and ranchers in the years to come. Second, by all accounts, trade relationships could be on the verge of normalizing as the administration seeks to restore and improve access in key export markets.

These two developments, combined with regulatory relief and tax reform, give U.S. farmers and ranchers the certainty and some of the tools they need to compete with growers around the world – and ultimately turn around U.S. farm profitability.